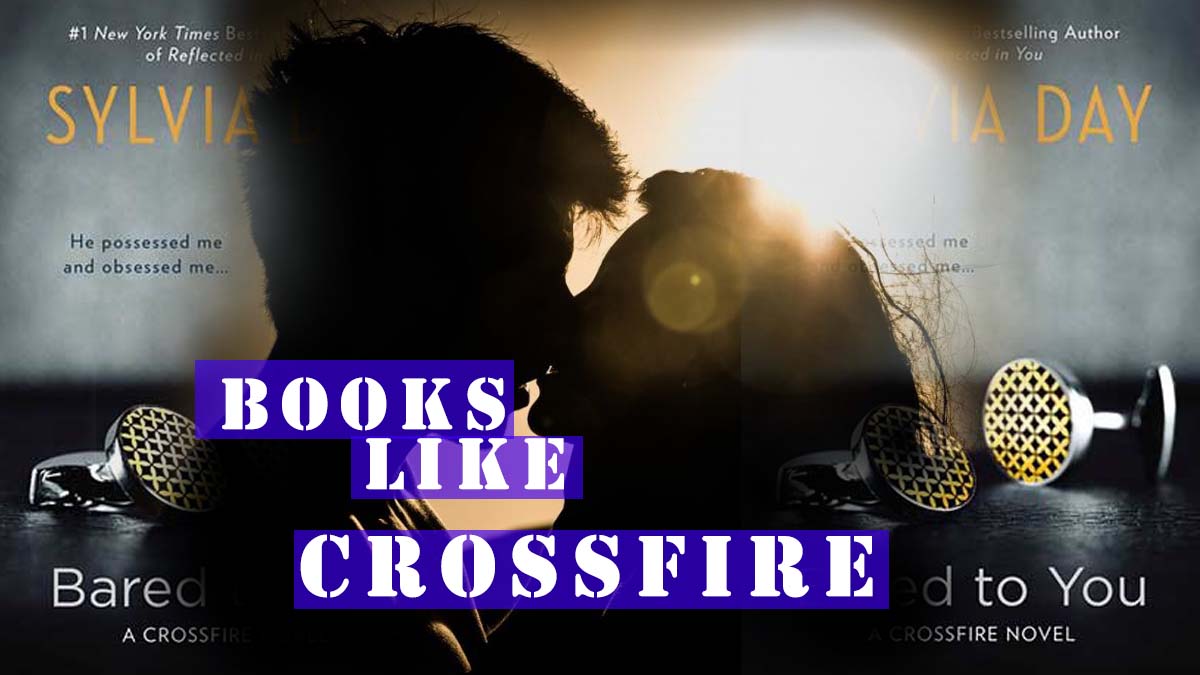 When you’re done reading these series, you’ll surely want to read more books like Crossfire Series. This series started with Bared to You, which tells the complicated romantic story of the two protagonists; Eva Turnell and Gideon Cross. Published by Berkley Books, The Crossfire Series has sold over a million copies and became the biggest breakout book of the publishers. It has been on Apple’s and Penguin UK’s list for the most popular and fastest-selling books. If you already finished them and you are searching for more, we found other books similar to Crossfire Series that you will enjoy.

The first book in the series follows the complicated romance of Gideon Cross, a billionaire, and Eva Tramell. Both of them are in their twenties and have a common past: they’re survivors of sexual abuse. As they fight a battle with their problematic pasts, they try to mend each other and have a healthy relationship that makes both of them happy.

If you enjoyed the book, you would like books similar to Crossfire Series too. Although these books did not gain as much popularity as the Crossfire Series, they were quite enjoyed by the readers.

Fixed on You
See Offer & reviews

Fixed on You follows Alayna Wither as she thinks of starting a new life with her MBA degree. The bar she works at gets a new owner, named Hudson Pierce, who is exactly the kind of guy she wants to stay away from. However, he offers her an attractive business offer, and she finds herself in bed with a man who has a past as dark as her.

Craving by Helen Hardt: a similar books to Crossfire series

Jade Roberts is a loving and sweet woman. Talon Steel, having suffered immense childhood trauma, is her exact opposite but falls in love with her. However, his craving for her is something he finds hard to satisfy.

This is the first volume of the Steel Brothers series, a nice mixture of dark romance and mystery.

A Million Dirty Secrets by C.L. Parker: a spicy book like the Crossfire series

Delaine Talbot auctions herself off to Noah Crawford, a wealthy businessman. What starts as a trade for sex turns into a love story.

This book is similar to Bared to You in more than one aspect, so check it out.

Stanton Shaw is a handsome lawyer who is still in love with his ex-wife, also his daughter’s mother. However, she is remarrying, and he wants to win her back with the help of his friend Sofia.

Anastasia Steel goes to interview Christian Grey and falls for him. Grey, a handsome billionaire, has mutual feelings for her, but he does physical closeness a bit differently.

On Dublin Street by Samantha Young

Jocelyn Butler moves to Scotland from the US to start over, but when she moves into an apartment, she finds a man who is about to break her down to her darkest secrets.

On vacation in Italy, Professor Gabriel Emerson is in a relationship with his ex-student Julia Mitchell, but many factors threaten their bond as they return home.

There you have it, a great list with lots of new novels to read. Also, if you like fantasy then you have to take a look at this post with books like the Name of the Wind, the popular series by author Patrick Rothfuss.

I Hope this list of books like the Crossfire series were of your liking, did you purchase any of these books? or maybe you added them to your to be read list? if so, leave a comment now telling us which you chose! and of course, if you know any other books like Bared to You that should be on the list just tell us as well and your suggestions will be added!