There are lots of Harry Potter iconic items, but some of them are particulary special, so we decided to make a list with all of these. Want to know the best? you will be able to get these Harry Potter props, how cool is that?

There are lots of important items in Harry Potter. This wizarding series has a lot of iconic props that bring us back to Hogwarts. For all those who love this fantastic world created by J.K Rowling, these are some of the most iconic Harry Potter items that you must have in your collection.

A list of the most iconic Harry Potter items

Let’s get started, if you want to get any of these Harry Potter props, it’s as easy as clicking on them (the link opens in a new tab so you can keep reading this post):

Golden Snitch: the most iconic Harry Potter item for lots of fans 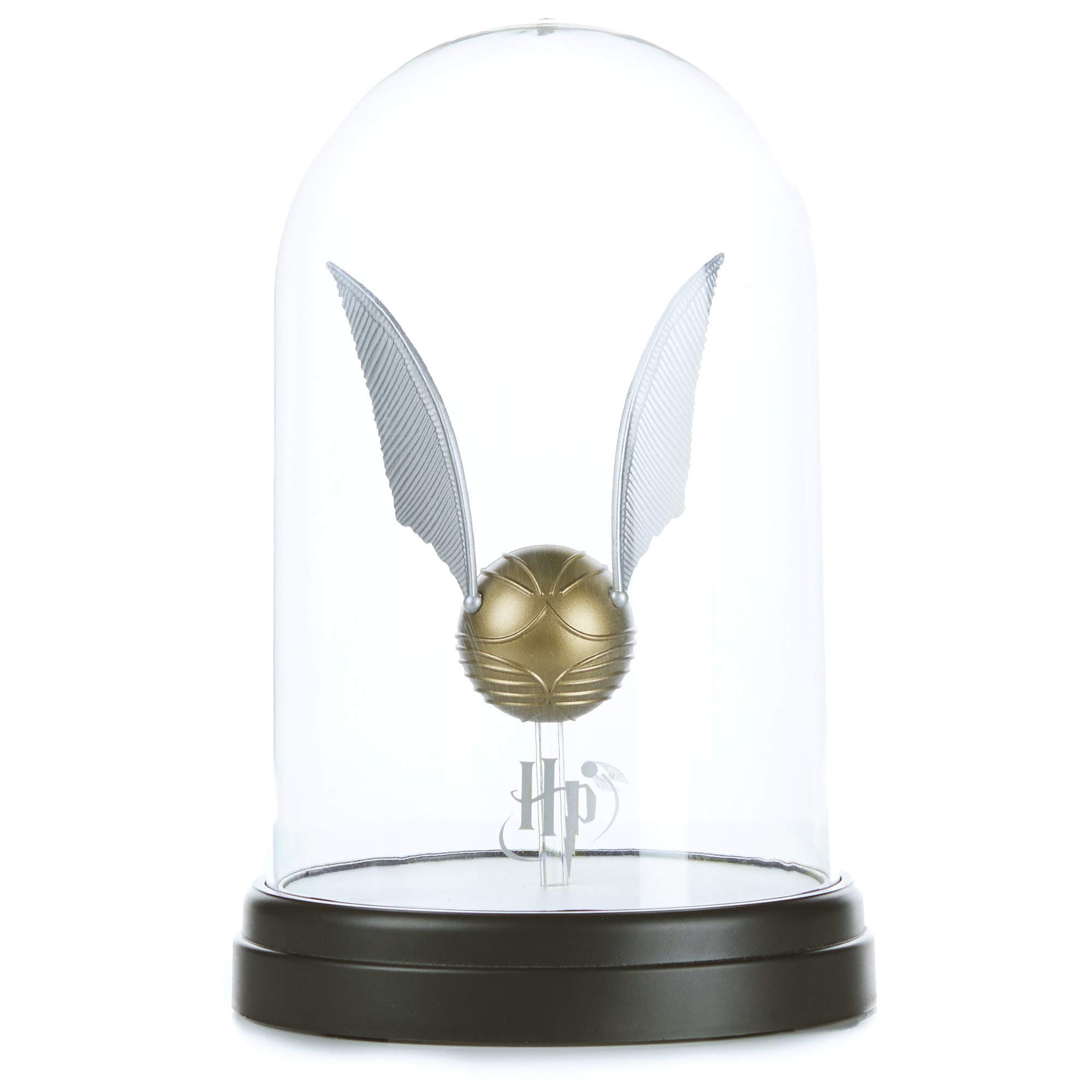 The Snitch is the smallest ball used in Quidditch, flying around the field until one of the Seekers catches it and gets the one-hundred and fifty points while ending the match. This beautiful recreation of the Golden Snitch is a lamp, so it will light your room during the night.

Horcrux Locket: one of the most important items in Harry Potter 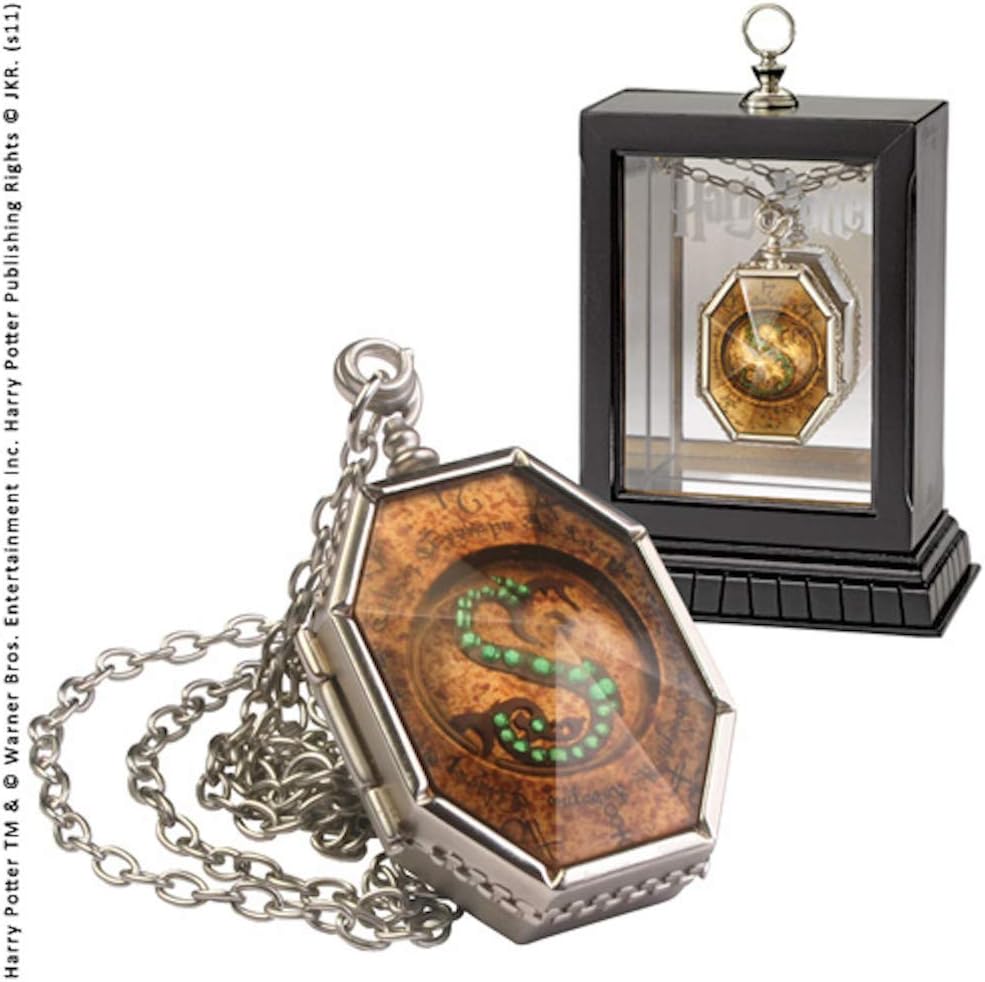 This piece of jewelry belonged to no other than one of the four founders of Hogwarts: Salazar Slytherin. This locket eventually was in possession of Lord Voldemort, using it as one of his Horcruxes. You might not be able to hide a fragment of your soul here, but even so, this is a beautiful piece of memorabilia. If you are a Slytherin, what better object to honor your House? 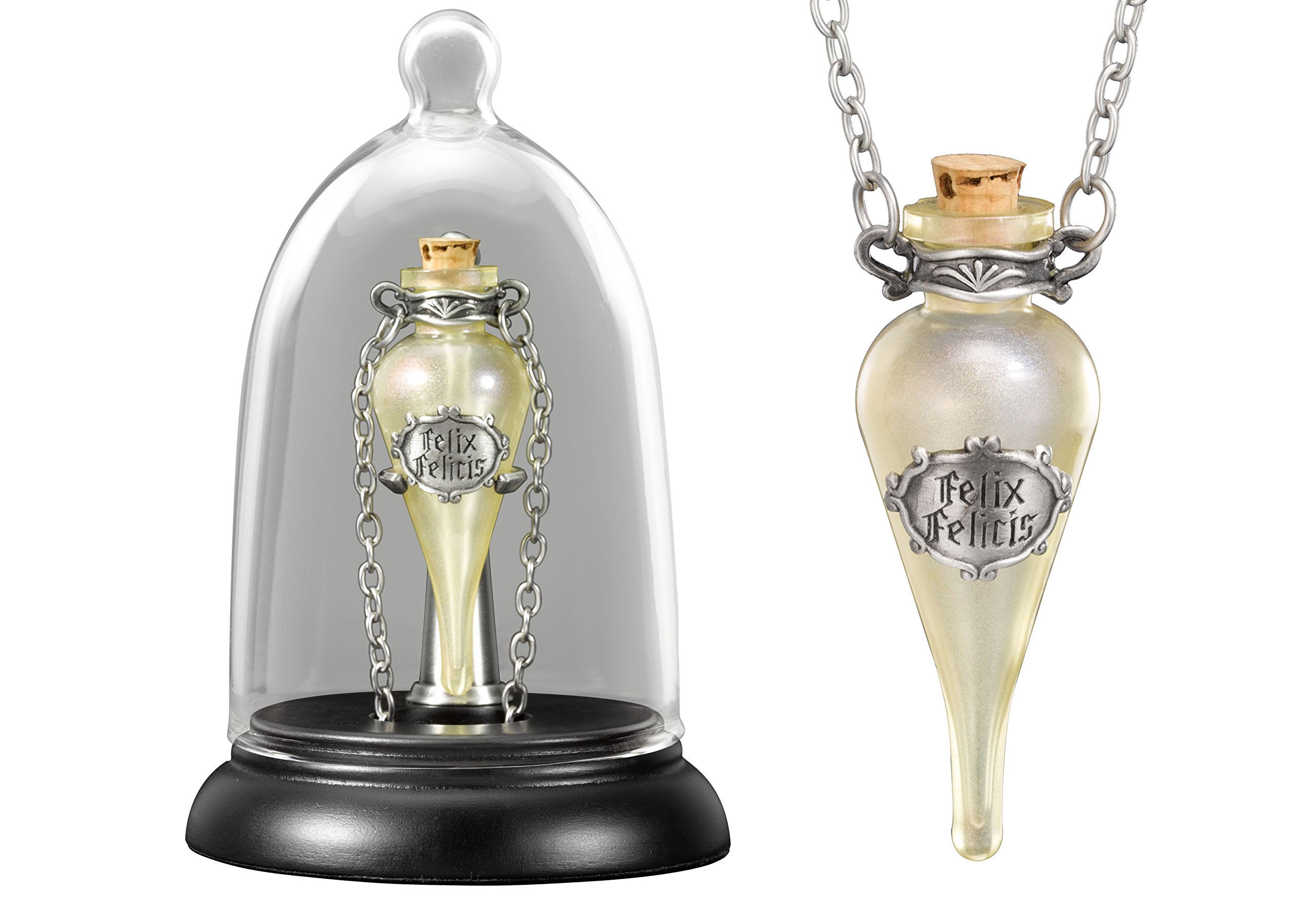 Speaking of Harry Potter iconic things, are you in need of some luck? here you have a replica of  Bottled good fortune. Felix Felicis, or Liquid Luck, will make the one who drinks it lucky for a period of time. Remember that this potion is toxic in large quantities and is also banned in Quidditch matches! 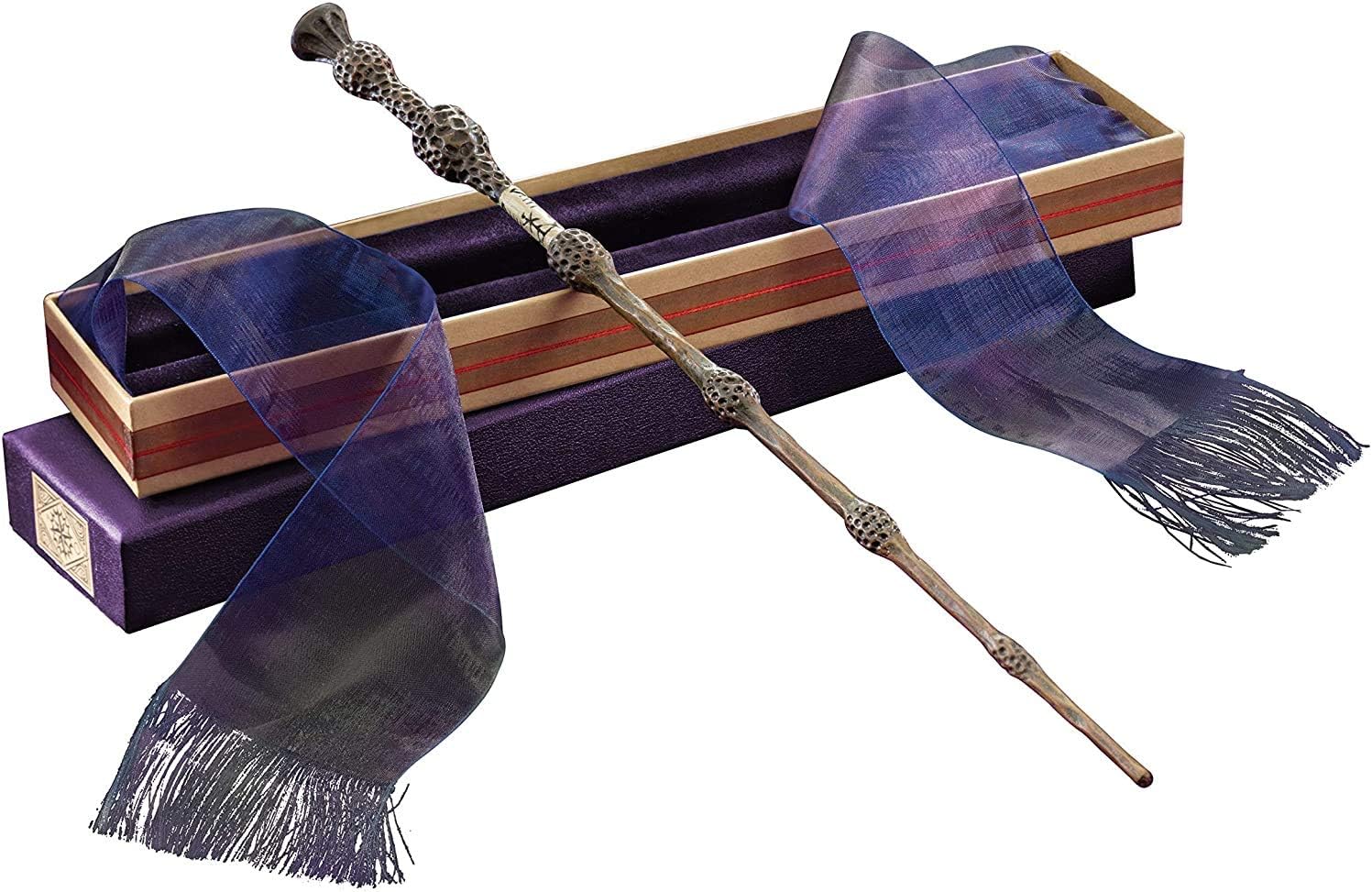 When it comes to items in Harry Potter this Deathly Hallow is in a special place. This is a replica of the most powerful wand in the series: The Elder Wand. Owned by Dumbledore and passing from one owner to another until Harry Potter became its true master. With this wand in your power, you will only have to get the other two Hallows to become the Master of Death. 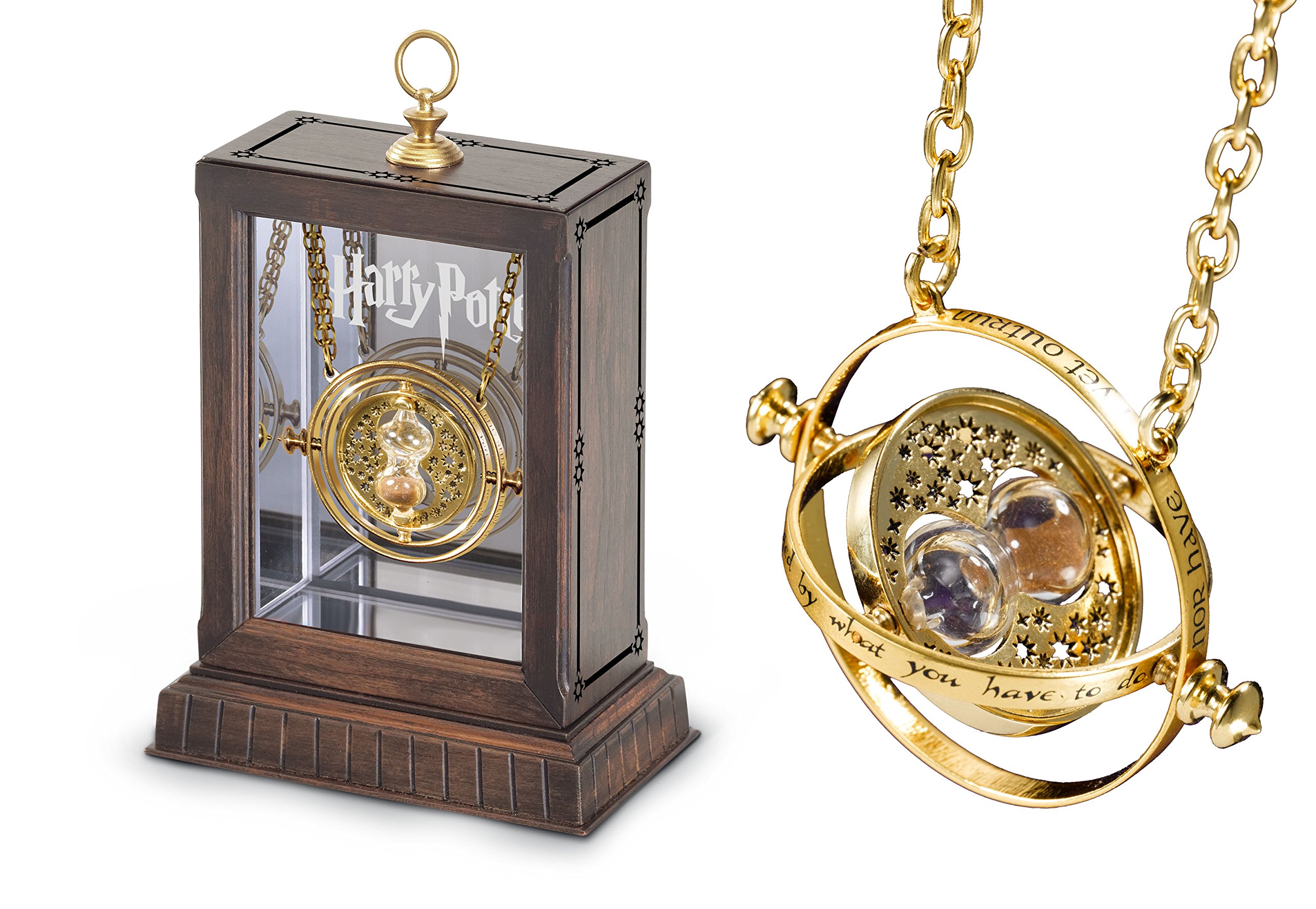 The Time Turner was introduced to us in Harry Potter and the Prisoner of Azkaban when Hermione used this magical device in order to attending extra classes during her third year at Hogwarts.  Given how relevant this artifact turns out to be in the outcome of the story, it has become one of the most memorable items in the series. This Time-Turner is a high-quality replica coming in a wooden display case. 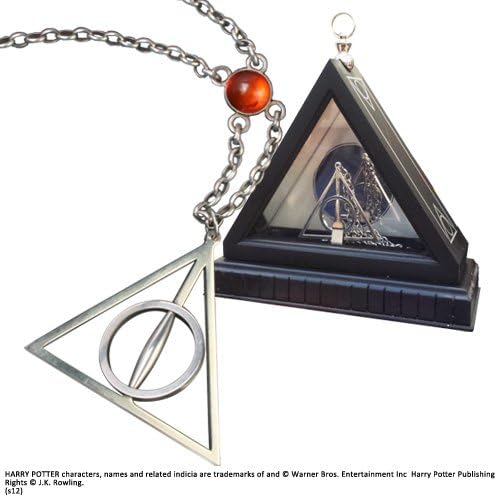 This necklace is a beautiful replica of the one carried by Xenophilius Lovegood’s necklace during the wedding of Bill Weasley and Fleur Delacour. The necklace depicts the Deathly Hallows representing the Elder Wand, the resurrection stone and the invisibility cloak.

Probably not the most important item in the Harry Potter series, but certainly one of the coolest, and you can wear it everywhere! 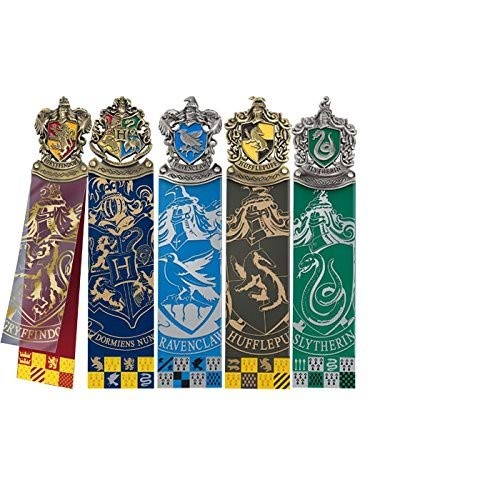 This set includes a Hogwarts bookmark and also a Gryffindor, Slytherin, Ravenclaw, and Hufflepuff themed bookmarks. You will be able to support all the Houses! 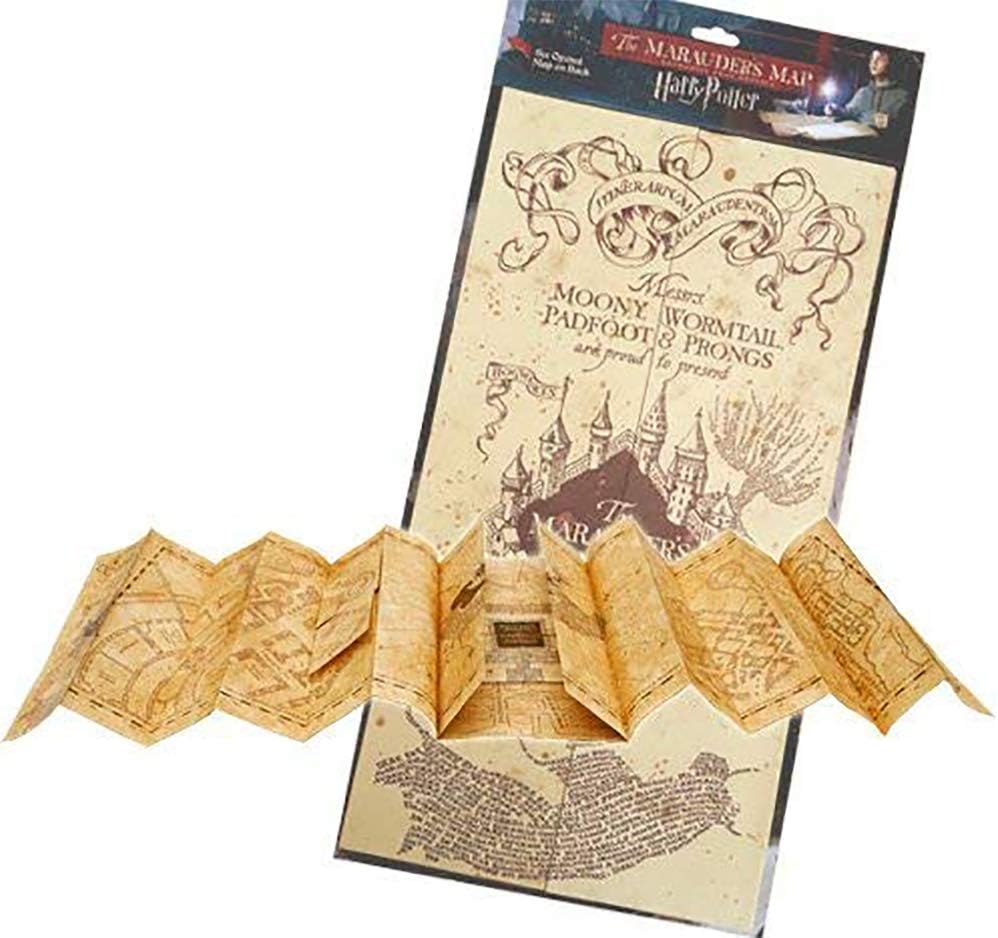 The  Marauder’s map shows every corner of Hogwarts castle (except for the Chamber of Secrets)  while also identifying every person including animagi. Use your Marauders map wisely, and make Moony, Wormtail, Padfoot, and Prong proud of your mischief. Don’t forget about tapping it and recite, “Mischief managed”  when you are done with it! 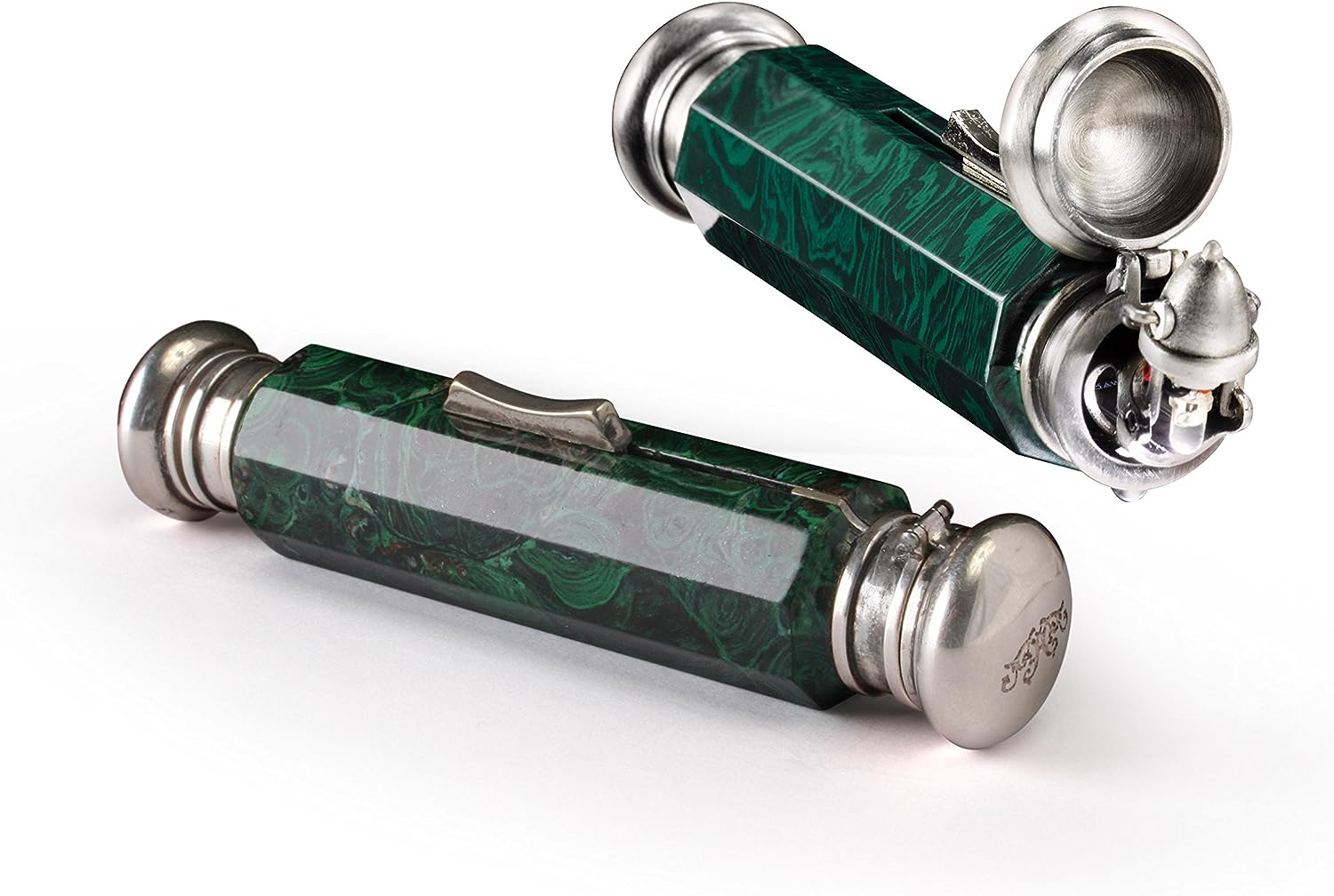 This magical device was designed and used by the Hogwarts Headmaster, Albus Dumbledore. After his death, he left the Deluminator to Ron Weasley.  This replica might not be able to remove light sources from its immediate surroundings, even so, it still stands as a great prop with a led light for the effect.

Hope you liked these articles! and if you haven’t read this series yet, take a look at the Harry Potter books in order.