Looking for the best Dune reading order? All who have read Dune will agree that the first volume of this series is one of the best science fiction novels of all time. If you decided to start reading the Dune series I can only congratulate you. Because you will not regret it. In this post, you will be able to find all the Dune books in order by Frank Herbert and also the subsequent novels written by his son Brian, and Kevin J. Anderson.

But not only you will find the Dune series order here, you will also find a great Dune book set recommendation at the end of this post, make sure you don’t miss it because getting such a book collection is a great way to start this series.

So, here is a summary for my suggested Dune read order. First of all, I recommend you read the original work by Frank Herbert, at least the first three books. After you have finished with all his original work you can read the sequels and lately Legends of Dune and its sequel.

If you want to start reading this series, you only have to click on the cover of the book you want to purchase, the link will take you to Amazon. Here you have the original Dune books in order, if you are looking for the rest of the books of the series, they are in the next section of this post. 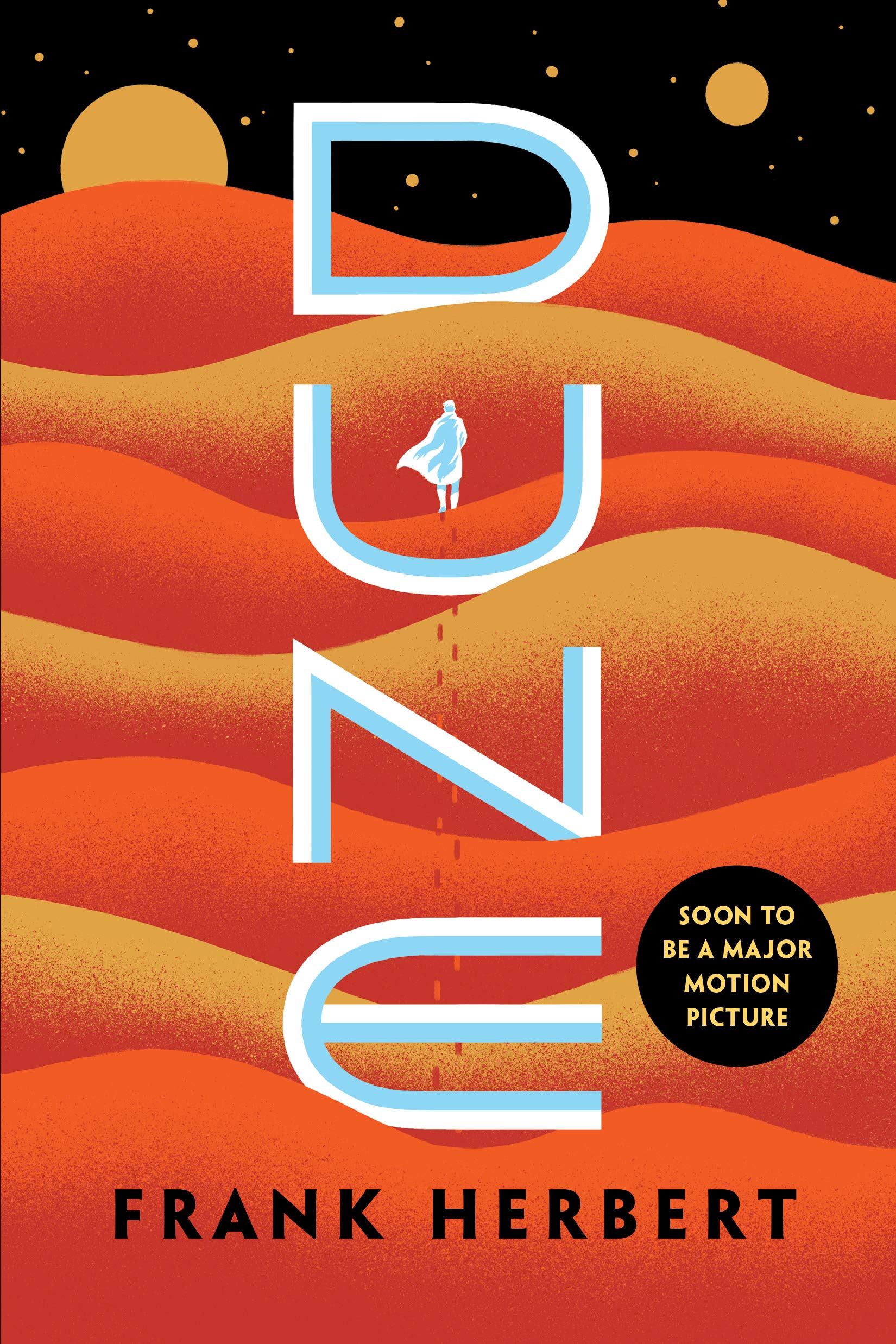 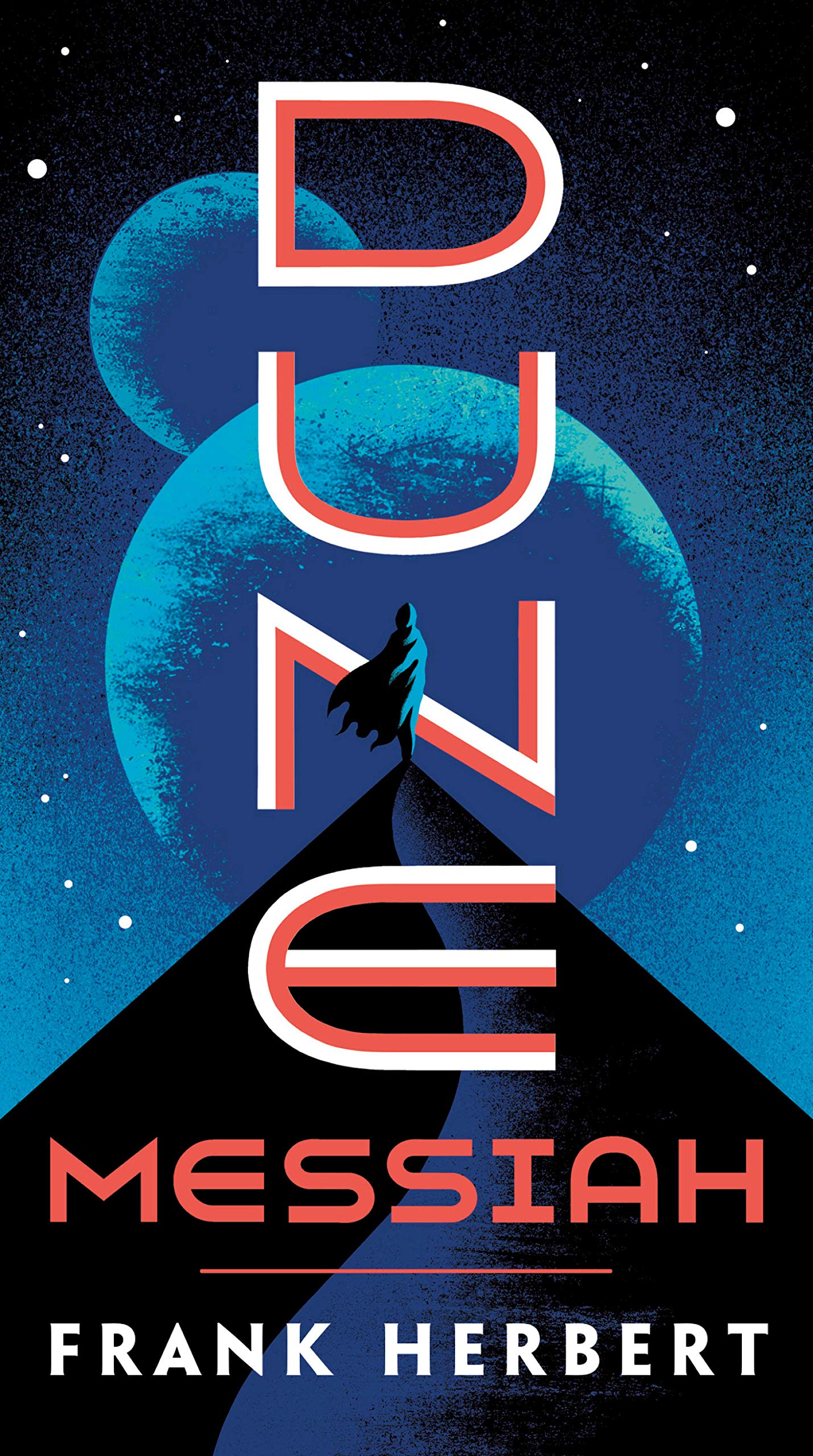 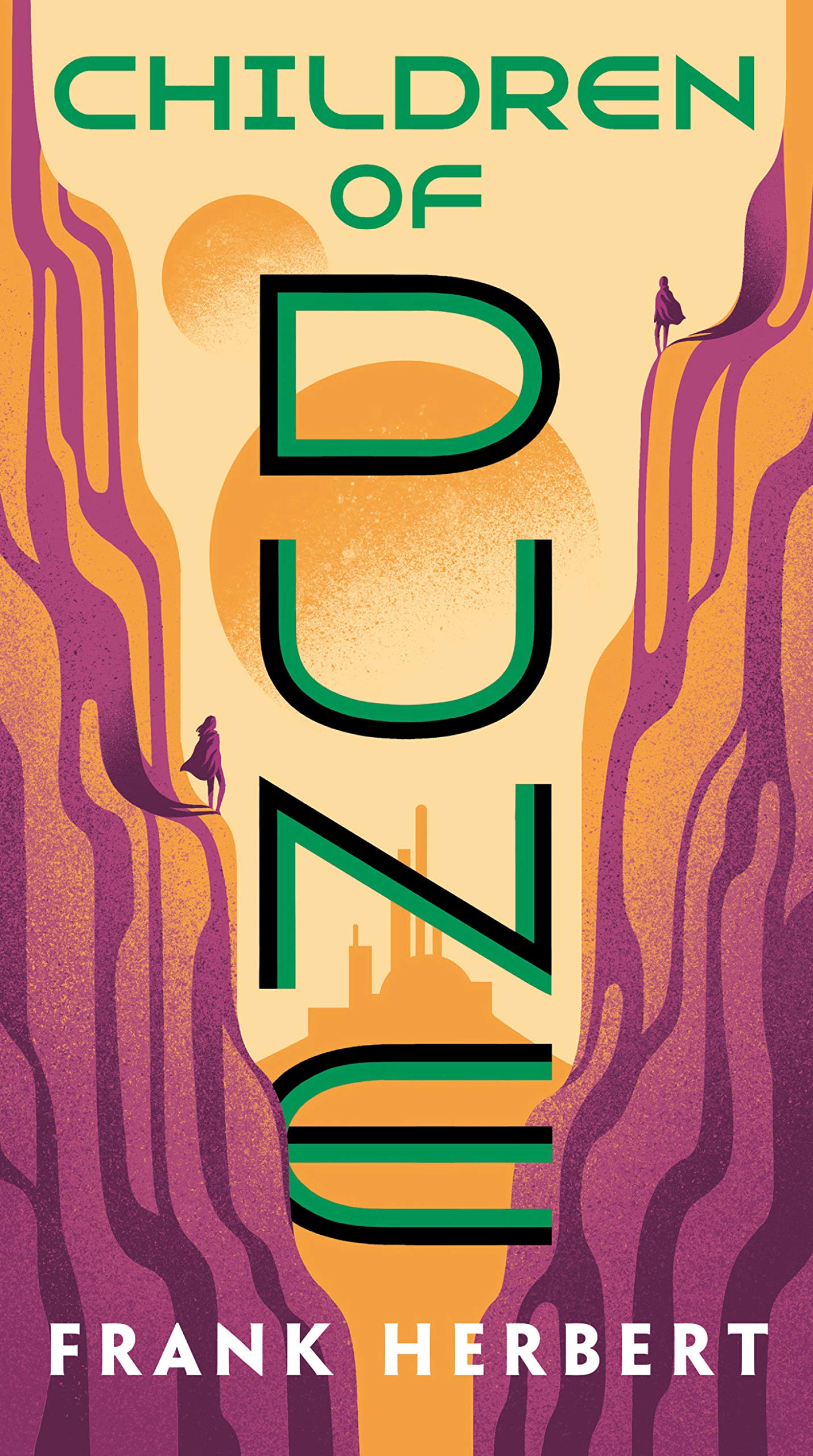 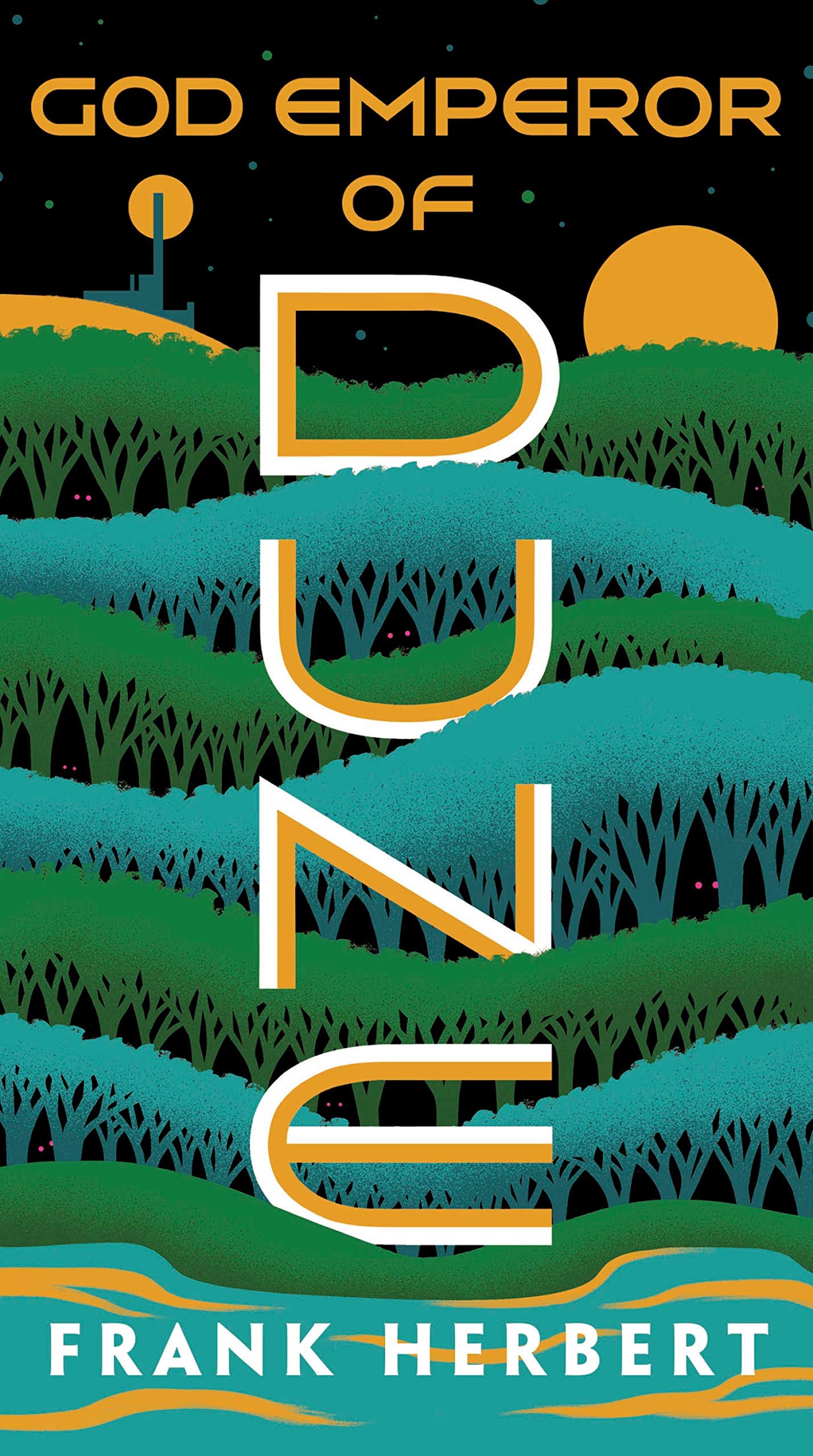 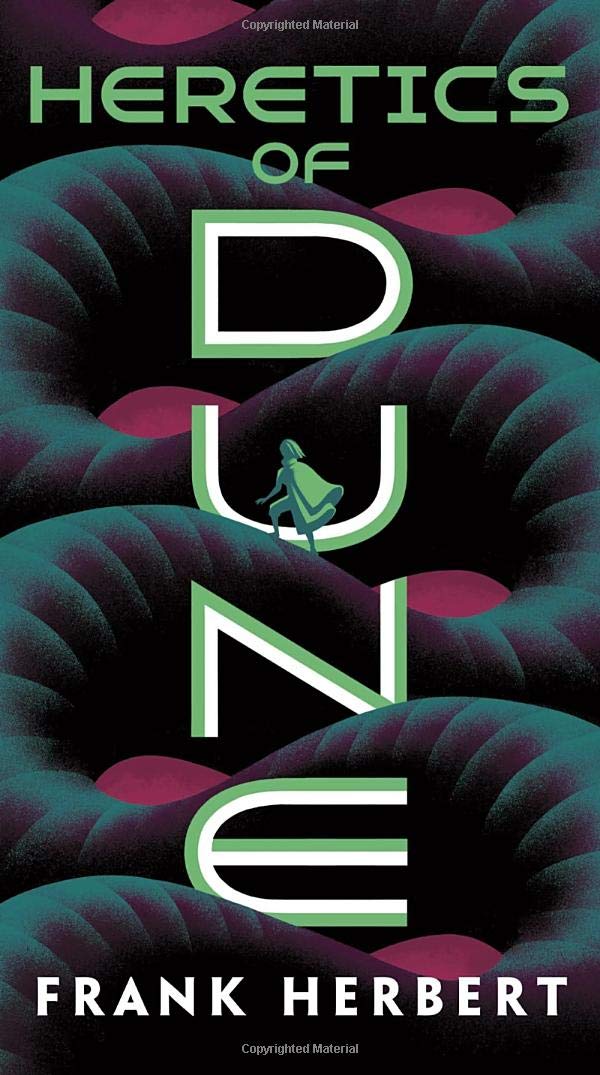 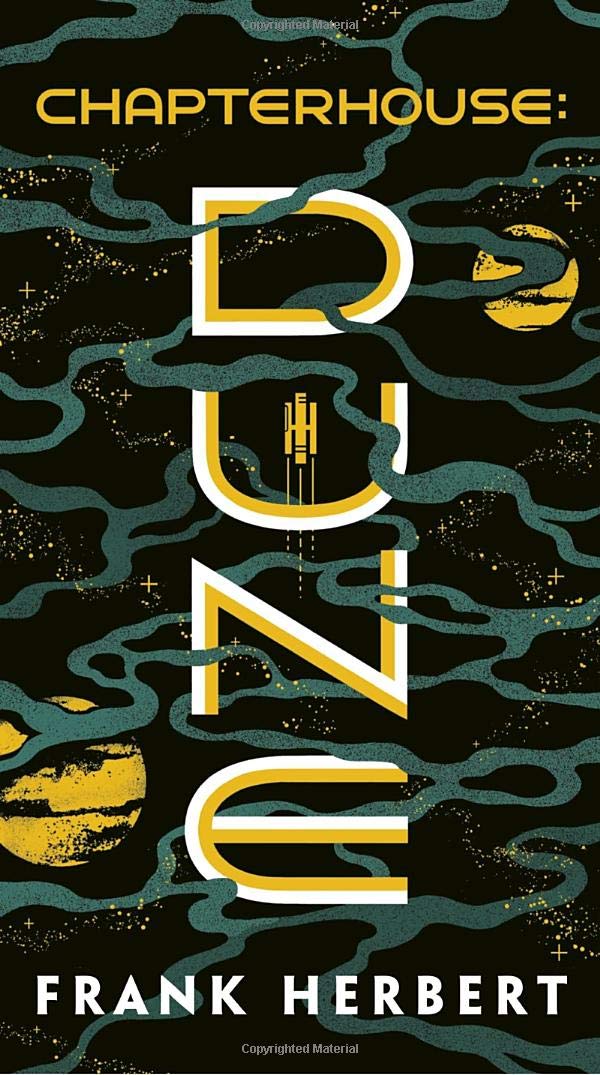 Now that you have the Dune series order, what if you get this amazing Dune book set?

This Dune book set collects the first six books in the series (which are the books written by Frank Herbert), this set has a 4.7 out of 5 stars rating and is a great way to start this series:

After the original series by Frank Herbert, you have the following books to read. Here goes the order of the Dune books (extended series) 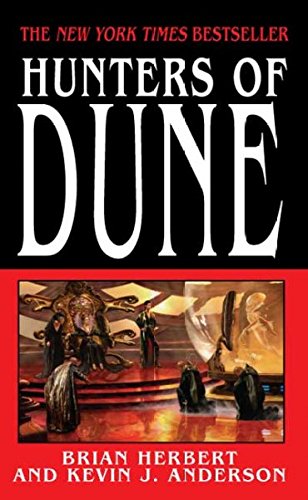 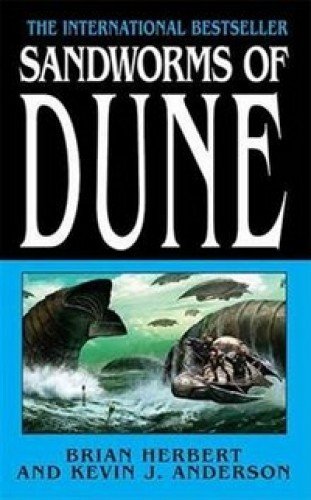 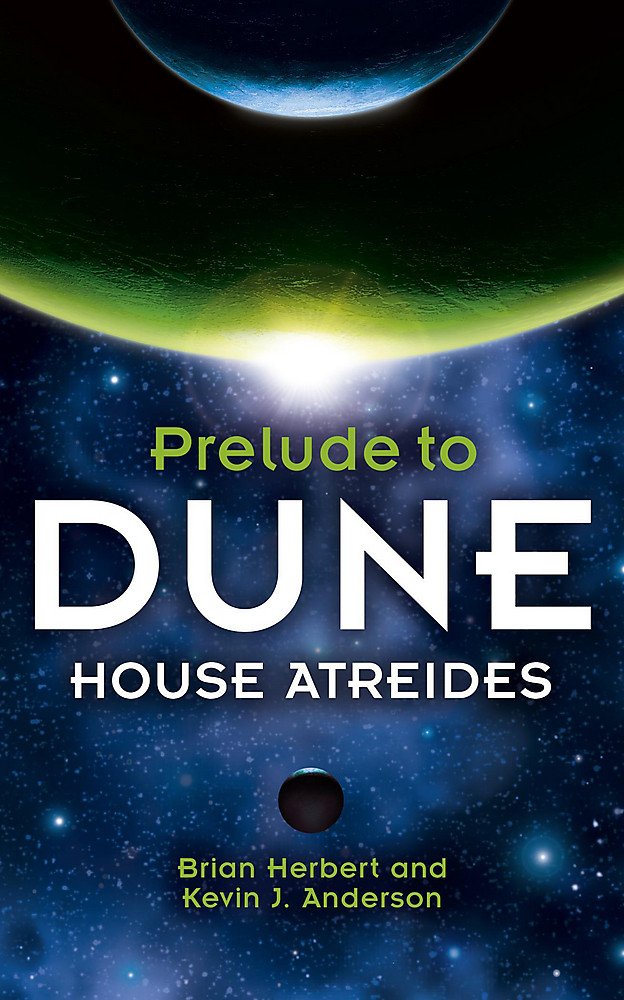 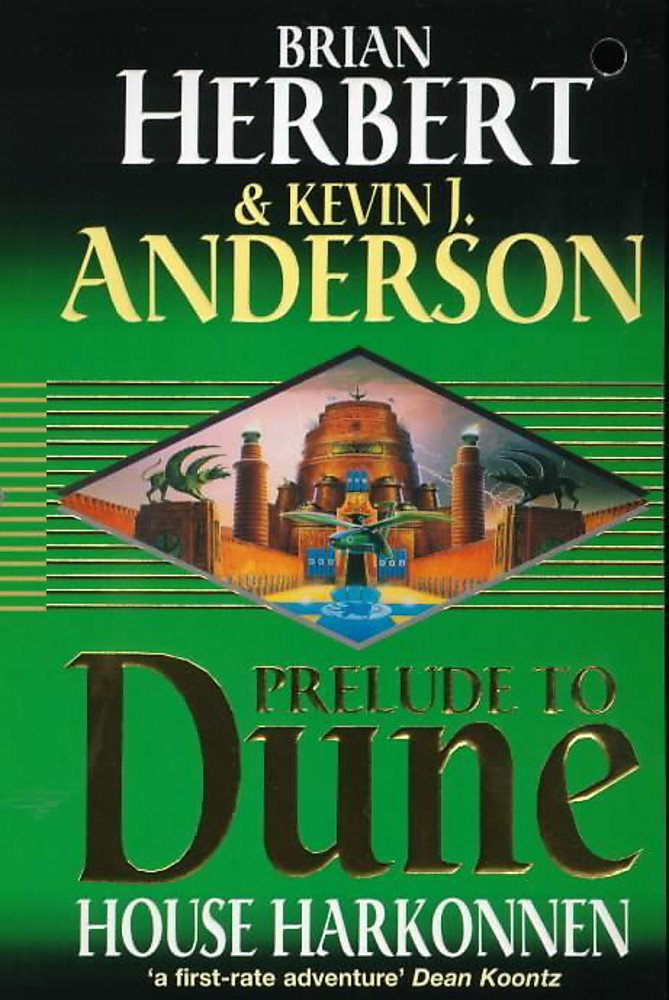 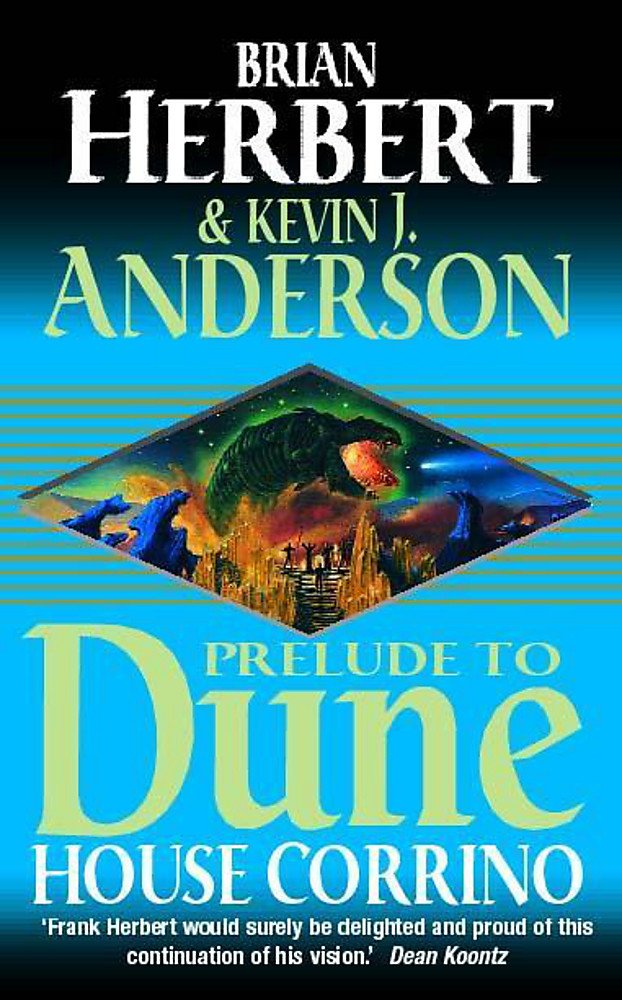 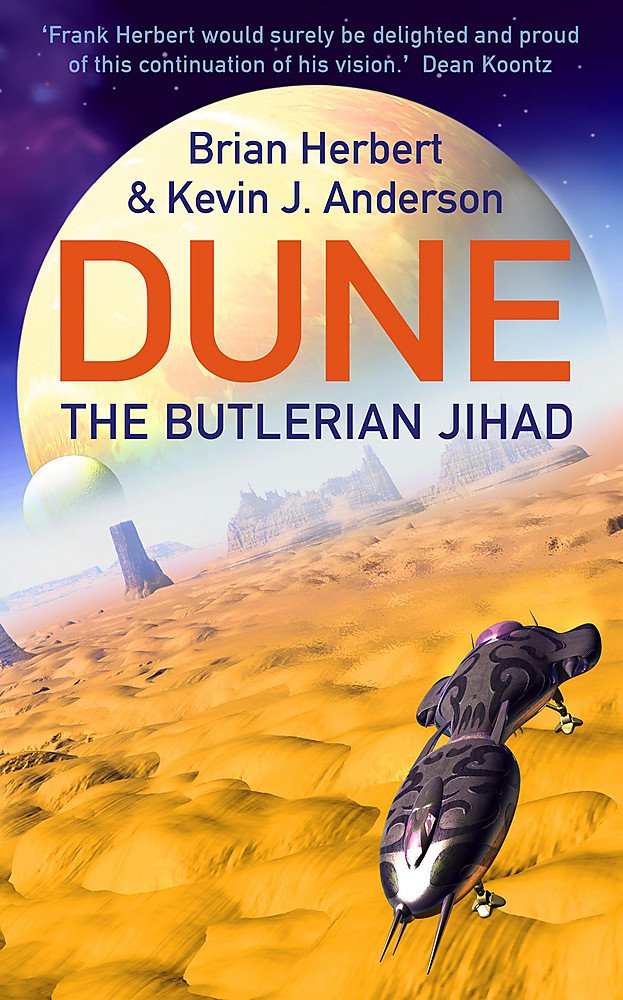 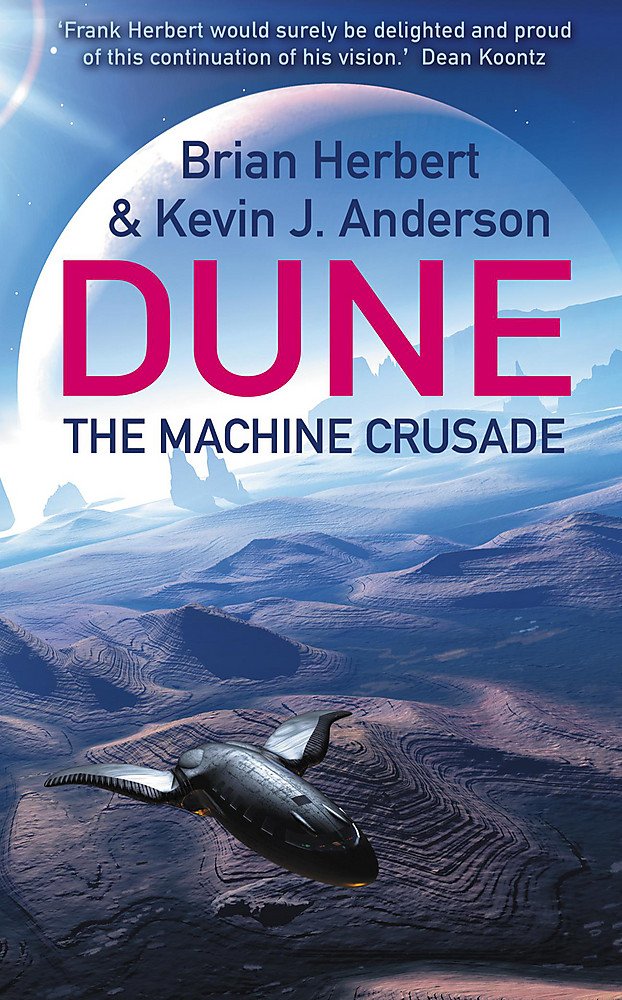 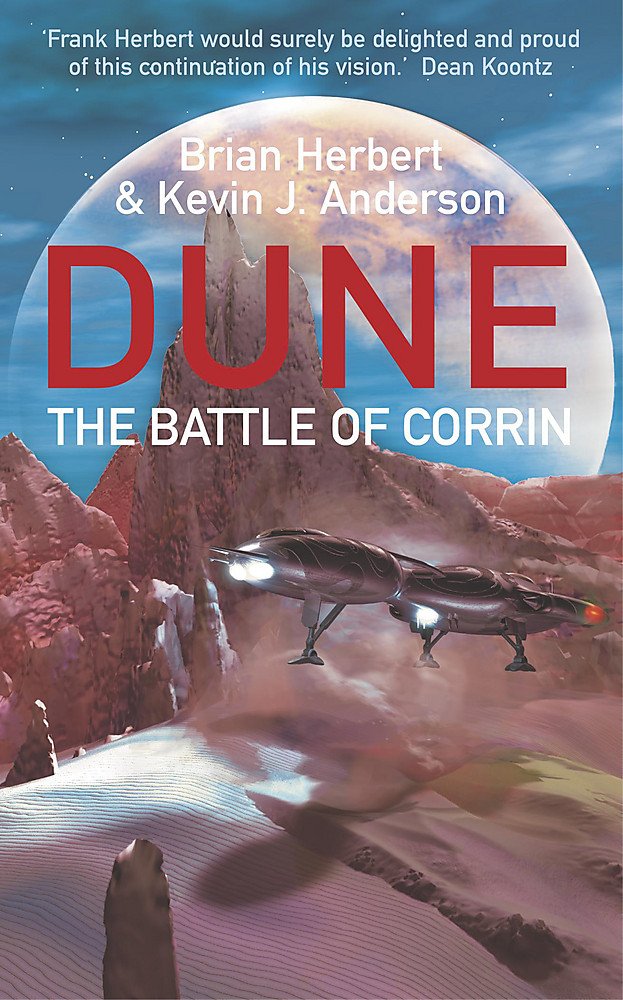 The Battle of Corrin 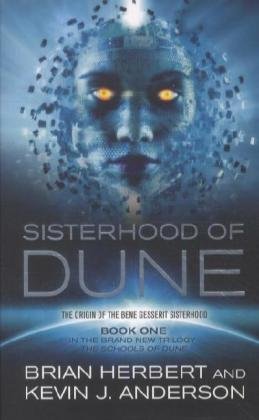 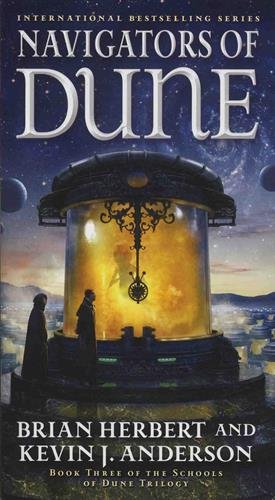 Here is an updated list with the Dune book order:

So this is the complete Dune series order. If you read all of these books you will become a Dune god and people will kneel to your divine presence.

What is the proper reading order for Dune? extended guide

As it happens with other long series, there is a bit of controversy regarding the proper order to read this series. Some say it is best to read them in chronological order, meanwhile others think it is better to read them in published order… if you ask me, in this case, I think you should start reading this saga by the one book that made Dune series to be known as one of the best science fiction novels ever, that is,  starting by the first book published: Dune.

So, in my opinion, the best Dune reading order is to read first the original series. This is the story of Paul Atreides and the planet Arrakis, where the priceless spice named mélange, sometimes just called “the spice,” is grown. Even though it is usually said that Dune is a series of six novels, for me at least, it is more like a three-book original saga and a three-book sequel. I say this because centuries pass between the third book, Children of Dune, and the fourth, God Emperor of Dune,so I think think they should not be considered at the same level.

Here you have the Dune original saga books in order, with a bit more detail:

This would be like the basic pack, the must-read I would say. If you read these three books you will know how the story of Paul Atreides concludes. Of course, Dune keeps being alive after him.

If you are willing for more Dune, and trust me you will, you have way more to read. Following to Children of Dune you have I call a three-book sequel.

Unfortunately, the latest book, Chapter House: Dune, ends with a cliffhanger and since the author died the next year after this book was published,1985, he left a lot of the plotlines unsettled.

However, this matter was somehow resolved by the two next novels written by Brian Herbert, Frank Herbert’s older son, and Kevin J. Anderson (spin-off novel writer for Star Wars or Starcraft among others and also known for his work The Saga of Seven Suns).  Please notice that, from now on, all the novels mentioned are not written by Frank Herbert but by his son and Kevin J. Anderson.

Still want more? At this point, the reading order gets more and more complicated, two prequel series, and sequel of one of those prequels…none of these will be Frank Herbert’s work as previously explained.

The first prequel is set just before the first published book, that is, before the Arrakis conflict. These books are narrated from the point of view of three noble houses, which give the name to each manuscript:

While the first prequel happens just before the first Dune novel, this prequel narrates a story occurring thousands of years before.

That would be all, there are also short stories but we will leave it there from now. If you are willing for more Dune just leave a comment and I will provide you more info about the short stories!

What is this Dune about?

If you were searching for the Dune reading order you probably know what is this series about, but in case you just came here by coincidence:

In 1965, a book was quietly published which later became an incredible success. Reportedly, it is Frank Herbert’s Dune Saga. The Dune series is somewhat complicated, and a bit slow-witted. This novel was previously rejected by over 20 publishers before an automobile manuals publisher took on the book.

Dune is a series that encompasses six books that are not individually dependent upon one storyline. Though Dune Messiah, the second book in the series firmly establishes the 5,000-year time frame of the remaining novels as “the Golden Path” and ties them all loosely together. Each story itself accounts for a brief, and possibly most significant of periods with that path.

Most importantly, the series as a whole is excellent. What sets this series above most others is its sheer scope. Encompassing a timeline of some 7,500 years, Herbert was able to justifiably link the first book, Dune, with the last, Chapterhouse: Dune. Let take a look at books individually.

The first book in the series: Dune

About forty years after its initial publication, Dune persists as a significant book in the fiction genre and is easily the most notable of the series. It is here that the author sets the foundation for the remaining series. Of them all, Dune comprises the most comprehensive and, most complete story. On the periphery, the predominant saga is political intrigue and maneuvering.  But through Herbert’s expert characterizations and strong world-building, the issues he addresses parallel issues we are still suffering in recent times.

Originally published in 1965, and set outwards of 20,000 years in the future; the original saga revolves around the political strife between three noble houses, House Corrino, House Harkonnen, and House Atreides. The story revolves around the battle for sovereignty over the planet, Dune. This strife fuses political, economic, religious, and even mystical intrigue and manipulation.

This book publishing date was in 1969, twelve years after Dune. Though the central narrative is wholly reliant upon the first book, Herbert successfully crafted a sequel able to stand on its own without having intimate knowledge of its forerunner; Dune.

Dune Messiah, while a highly enjoyable read, seems secondary and in place only to serve as a launching point for the four subsequent books.

In 1976, nine years after the Dune Messiah, the new Emperor’s children are getting of age in a time of the massive social and economic revolution. Children of Dune is one of the weaker books of the series.

As with Dune Messiah, Herbert focuses on a singular theme picked from Dune and thrashes better, and with a likely better result. His explorations are fascinating, and a must read for all lovers of books.

A reader needs the knowledge of the earlier series to understand the premise for God Emperor of Dune published in 1981. Since this novel is, for some, weak. Herbert was well aware of this, as the early chapters are filled with a rehashing of information from the previous three novels. Without this, there is just no way God Emperor of Dune would have stood on its own. Beyond initial pages, which may be a bit repetitive from his previous novels; lies Frank Herbert’s thorough exploration of religious fanaticism through the 4,000-year-old Leto II, the immortal Emperor of Dune.

In addition, the author breaks from the style of the previous series in that significant segments of narration are teaching dialogue from Leto II.

The duo; Heretics of Dune and Chapterhouse Dune

There is no way to isolate these two novels published in 1984 and 1985 respectively. There isn’t a complete story contained within either one individually, and neither one can stand individually on an average read. Collectively, though, they make for a rich, complex; and potent ending that stands out among previous books as the best writing and most enjoyable read since the original Dune 20 years earlier.

The storylines weave and evolve throughout the two novels. At times they seem to drag slightly, but the culmination in Chapterhouse Dune makes it all worthwhile.

However, taken individually, Heretics of Dune is placed slightly below Chapterhouse Dune only because there is no adequate resolution to the ongoing storylines.

Who wrote this series?

Frank Herbert was a world celebrated and commercially thriving American science-fiction author.  Also, Frank was also the father of another erudite author, Brian Herbert. Another great book by Frank Herbert is the Priests of Psi, a novella which was the cover story for the February 1960 issue of Fantastic.

Dune had a movie adaptation in the 80s. But that’s not all, a new movie of Dune started filming this very same year. If you want to know more just check the following article Dune upcoming movie.

You will love this series if you liked…

If Hyperion by Dan Simmons a look appeals to you, you might want to read this saga. It has a lot of similar themes, plot, and saga to Dune, and it has excellent word building and is one of those stories that stick with you.

Did you know Dune is having a movie adaptation? make sure you read the books first, here you found Dune reading order order, so no excuses! you still got time to read them.

Take a look at The Witcher reading order if you like fantasy stories.