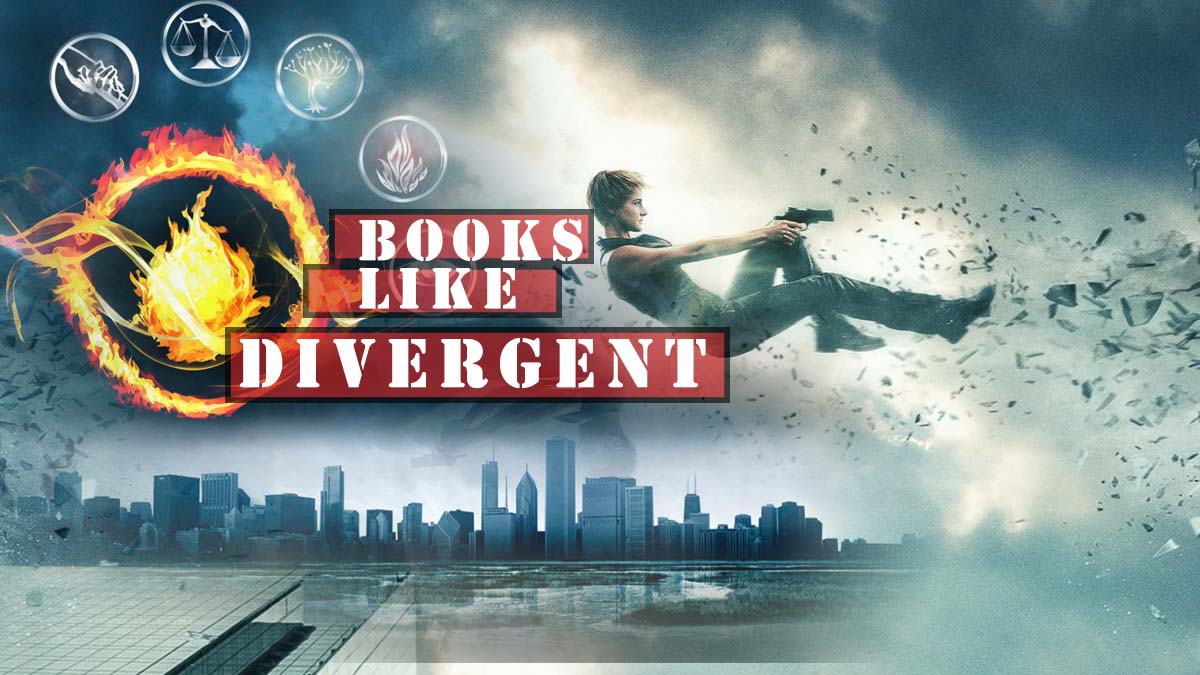 Now that you finished this seres you are probably seeking more books like Divergent. Published by Harper Collins, Divergent is Veronica Roth’s popular series. The story is set in a post-apocalyptic Chicago where Beatrice Prior is learning about her identity. The novel soon became a massive hit among the readers, and has sold millions of copies around the globe. Divergent readers would also like other books like Divergent, with similar plots or storylines. If you want to know about books similar to Divergent, keep reading.

In this article, you’ll find the best books like Divergent with equally awesome and exciting stories.

Understanding the series to find the best books like Divergent

In the book, survivors of an apocalypse make up five factions. The 16-year olds are supposed to take a test that will decide the faction they are placed in. The ones who fail to pass the test have to live on the streets as they do not belong to any faction. Beatrice Prior takes the test, and her tests come out to be inconclusive, that is, she is a Divergent. Later, she leaves her faction, Abnegation, and joins Dauntless.

Beatrice’s tale is filled with mystery, adventure, and romance. If you want to read stories similar to hers, you should check out these books similar to Divergent.

Here is the list of books that have similar themes to Divergent.

If you are seeking books like The Hunger Games and Divergent then keep reading, because there’s way more.

Carve the Mark by Veronica Roth: another book by the same author similar to Divergent

Crave the Mark tells the story of Cyra and Akos, who are living on a deadly planet. Residents of this planet have powers, and every individual uses their power in different ways. Cyra’s tyrant brother captures Akos’s brother, so Akos sets off to save his brother. Together, the duo tries to maintain peace in their tumultuous world.

Ender’s Game by Orson Scott: one of the most appealing books like Divergent

Ender’s Game tells the story of Ender Wiggin, a young boy who goes to Battle School, an academy over the Earth’s orbit where people train to fight the alien race, called Buggers.

In case this series caught your attention, here goes an useful post with the Ender’s Game series order.

The Maze Runner by James Dashner

Thomas finds himself surrounded by a group of other boys without any memory of what happened before this event. He finds out that a maze surrounds him and the others. From then on, he makes it his mission to escape the maze, but it is a path that could lead him to death.

This story is set in Mars, in an dystopian future, and centers on Darrow. He is a Red, the lowest cate in his society. Being a Red implies that Darrow has to work all day, since Reds have to make the surface of Mars cohabitable.

One day Darrow will discover that his kind has been betrayed, and that the surface of Mars is already habited, with vast cities.

If you are seeking for books like The Hunger Games and Divergent you have to give this series a go.

Everheart’s disease has killed many children in America, and Ruby is one of the few that survived. She is sent to a rehabilitation camp but runs away to find others like her.

The 5th Wave by Rick Yancy

Earth is slowly getting wiped off the face of the universe, and the 5th wave is the final wave. Cassie is one of the few survivors, but not for long as she has already lost her family.

Hope that this list of books like Divergent was what you were actually looking for! Did you add any of these books to your to be read list? and also, maybe you know other book series that would fit in this list? if that is the case, then leave a comment with your suggestions so the list gets new titles!