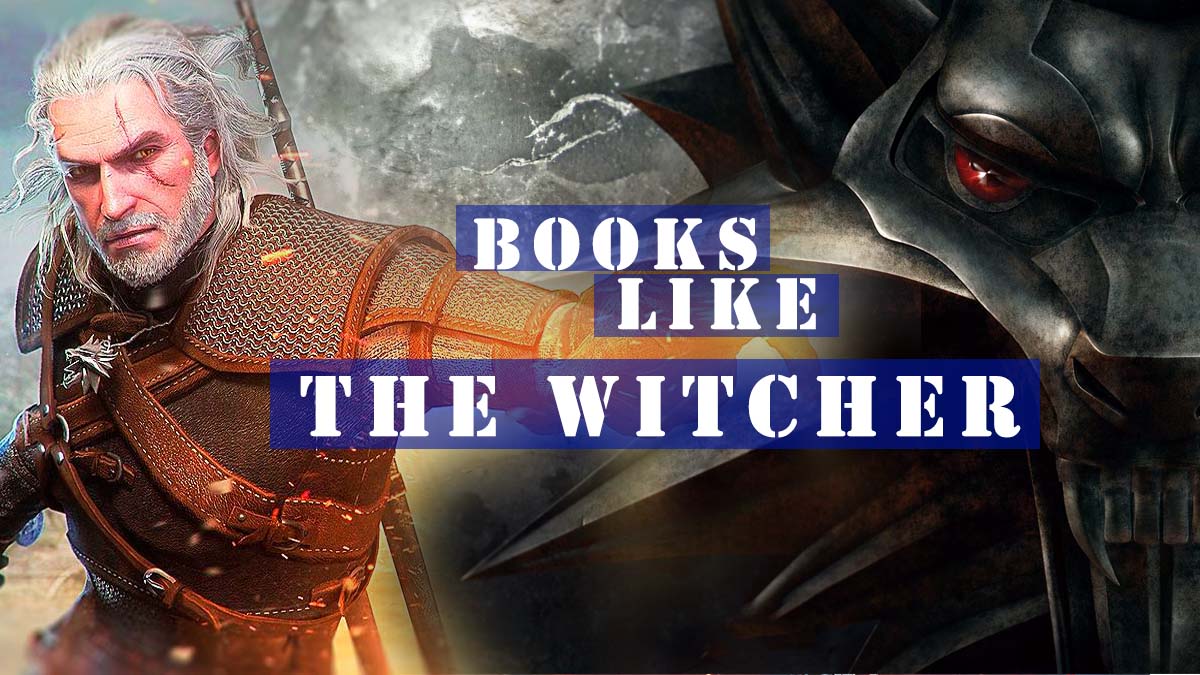 Books similar to The Witcher

Let me guess, you read the novels, and now you want more books like The Witcher, isn’t it? or maybe it was because of the videogame series developed by CD Projekt Red? or Netflix’s adaptation? Penned by the Polish author, Andrzej Sapkowski, The Witcher series is a fantastic read for people who love dark fantasies. The series tells the story of witcher’s who hunt beasts, having developed supernatural powers at a very young age. The Witcher became so popular that it has been adapted into two TV series, multiple games, and a movie. If you loved reading the series, you’d also fancy other books like The Witcher series. For all its fans, we have curated a list of books similar to The Witcher.

In this article, you’ll find the best books like The Witcher. While some of them are series, others are individual books that you can finish in a night.

Understanding the series to find books like The Witcher

Telling the stories of Geralt and Ciri, The Witcher saga is divided into five books. Apart from this, there are short stories and a standalone novel. Geralt of Rivia has to protect Ciri, who is learning to be witcher. The story is set in a world that was inhabited by elves before humans came and colonized it. Now, humans have taken over the continent, and the nonhuman beings live in ghettos or wilderness.

If you want to learn about books similar to The Witcher, continue reading. We have included books for everyone’s taste, so you’re bound to find your next favorite dark fantasy book here.

Apollo is on a mission to find his wife and solve mysteries in his way. His kindness and good-heartedness make his story less horrific than the original tale of The Changeling.

The Sword’s Choice by I.M Redwright: an indie book like The Witcher

A thrilling fantasy story of an exiled boy with a fire sword who has decided to make a journey to the four kingdoms and face the most powerful enemies, until one day he’s finally ready to meet his destiny: claiming the throne to the Kingdom of Fire.

In a parallel story, one of the princesses of the Queendom of Water has finally been chosen to be the heir to the throne, but she couldn’t be less appropriate, will she be able to prove that she can awake the powers of her water sword?

In case you like to support indie author, this is a similar book to the Witcher you will enjoy.

City of Lies by Sam Hawke: similar books to The Witcher

Jovan is the protector of the Chancellor. Though he works behind the scenes, he is an expert in getting rid of any threat to the Chancellor. After the Chancellors sudden murder, Jovan and Kalina, his sister, have to protect the Heir.

This is a short story collection set in Southern America and covers all monsters, such as vampires and werewolves, which discusses the lives of ordinary people in the region.

Celaena is a young assassin who is given a chance to be free of her hard labor if she wins a competition. If she emerges as a winner, she’ll be made the royal assassin.

In case this series caught your attention, here you have the Throne of Glass reading order, so you can start reading this assassin’s series.

We Hunt the Flame by Hafsah Faizal

Disguised as a man, Zafira helps her people survive while braving the cursed forest. On the other hand, Nasir kills everyone who defies his father, who rules over the city. As destiny brings both of them close, they discover threats greater than themselves.

The Merciful Crow by Margaret Owen

We Hunt the Flame (Sands of Arawiya)
See Offer & reviews

Fie is determined to look after her caste, the Crows, and when she is asked by Prince Jasimir to protect him in return for protection of the Crows, she can’t refuse.

Rielle Dardenne has to prove that she is the Sun Queen by passing seven magical trials or face execution if she fails.

And that is all! how many of these books like The Witcher series made it to your to be read list? these novels will grant you lots of adventures and fun while reading them. Do you know any series like The Witcher books that were not on the list? then do not hesitate to leave a comment, I will include it on the list!