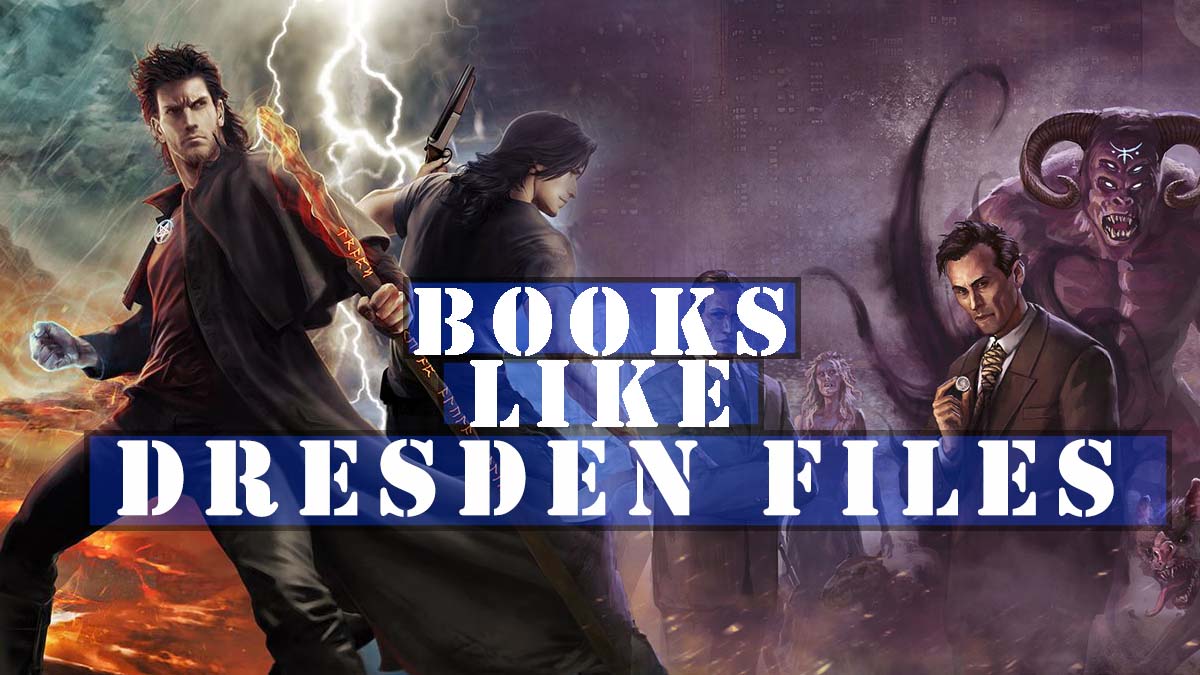 If you loved the magic and mystery in this series, you must be wanting to read more books like The Dresden Files. Th The Dresden Files is a fantasy series of novels written by Jim Butcher. Published by Roc Books, the first book of the series was available for purchase in 2000, and since then, its popularity has soared. The Dresden Files tells the story through the eyes of Harry Dresden, who is the only wizard in Chicago. Want more like this? this is why we have curated a list of books similar to The Dresden Files that you will enjoy.

In this article, we’ll mention the best books like The Dresden Files for people who love mystery novels.

Understanding the series to find books like The Dresden Files

In The Dresden Files, all the magical entities like faeries, demons, and vampires are real. In this world, Harry Dresden is the first wizard who works as a consulting wizard, taking cases from humans and supernatural clients both. He also works for the Special Investigation Unit of the Chicago Police Department. Throughout the series, the readers learn about his role in protecting the human population while tackling his work.

We hope you enjoy this list as much as we enjoyed putting it together for you.

The Iron Druid Chronicles by Kevin Hearne: a must in a list of books like Dresden Files

Atticus O’Sullivan runs a bookshop in which he sells occult content while hunting as a shapeshifter. According to people who know him, he’s another handsome 21-year old, but in reality, he is a 2100-year-old shapeshifter, whose power lies in his sword, called the Answerer. Atticus is followed by a Celtic God who wants to get his hands on that sword.

Moon Called tells the story of Mercy, who lives in Washington and is Walker. A walker in the book is someone who can turn into a coyote whenever they want. Although Mercy lives in an ordinary neighborhood, she is in touch with other beings, like vampires and werewolves, and her acquaintances are about to land her in trouble.

Eric Carter is a Necromancer who can talk to ghosts and makes a career out of putting spirits at eternal rest for money.

The Vampire Flynn by Peter Dawes

Flynn kills the killers in his kind: vampires while battling with the good and bad sides inside him.

The Last Sun by K.D. Edwards

Rune Saint John is on a search for Addam, the missing son of Lady Judgement, on New Atlantis, the new home of Atlanteans after humans destroyed the real Atlantis.

A druid, whose girlfriend is a ghost, goes looking for a magic rock on the command of a faery queen who is blackmailing him.

Paxton is a paranormal investigator who gets news of a newly-freed dangerous entity, and it seems like this time, a simple exorcism won’t do the job.

Hope this list with books similar to Dresden Files was helpful for you! if you liked the Inheritance Cycle you can take a look at this list of books like Eragon, the popular series by Christopher Paolini.