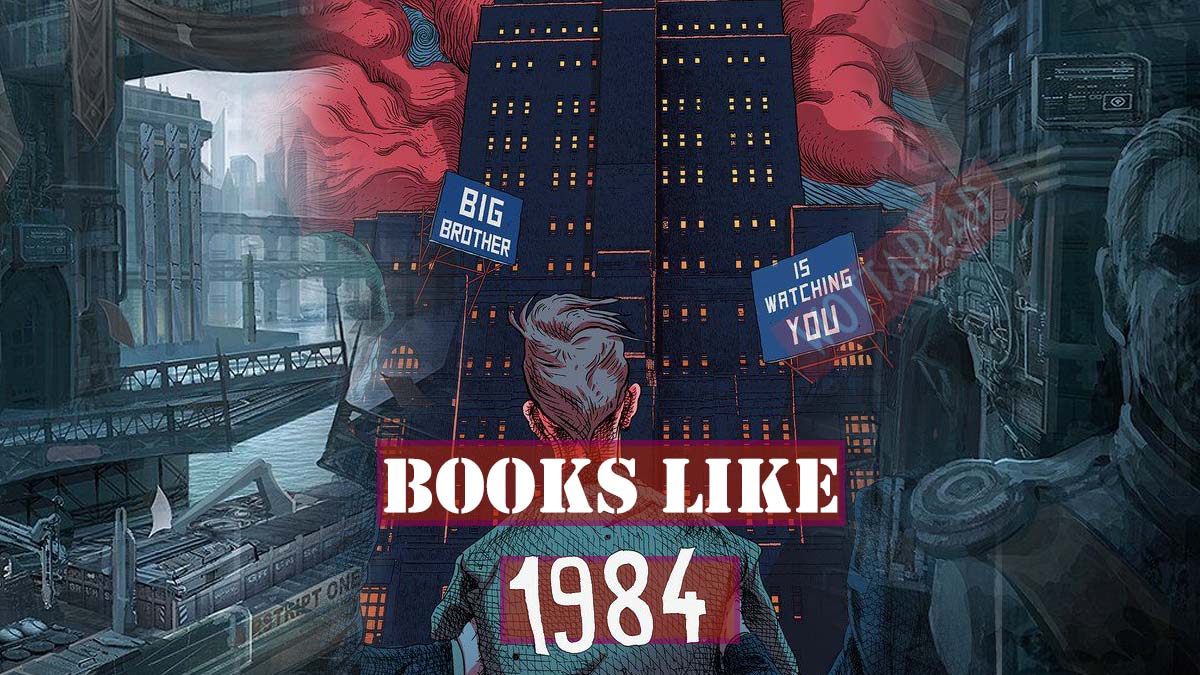 Books like 1984 are a literary blessing for people who love reading classics. Not many books gain the popularity that 1984 did and it is still loved by people all over the world. Possibly the best thing about this book is how it is still relevant today. If you want to read books similar to 1984, keep reading on.

In this guide, we’ll talk about some of the best books like 1984 that you can read if you love classics. Something about classics sets them apart from modern reads and we’re totally up for it.

Written by George Orwell, 1984 tells the story of Winston Smith who is a member of a political party that rules London. No matter where he goes, all his actions are monitored by the ‘Big Brother’ of the party. Everything in the country, including people’s language, is controlled by the party. Having introduced a language, Newspeak, the party in implanting its use. Using this language would eliminate the risk of a rebellion as it doesn’t have a single world related to it.

We had a fun time putting this list together for you, and hopefully, you’ll enjoy them immensely.

In a haunting America, women are only allowed to speak a hundred words a day. Moreover, they cannot learn to read, write, or work outside their homes. In times like this, Jean has to do everything she can to get her voice back.

The Life Below by Alexandra Monir: one of the books similar to 1984

Climate change has destroyed the earth and six teenagers get an opportunity to find a new home for humanity on the moons of Jupiter. The chosen six believe that they are on a mission for the greater good but they are not aware of the nightmares awaiting them in space.

The Great Gatsby is a story of ambition, love, hatred, and the way of the elite. Nick Carraway, the narrator, moves in next door to Jay Gatsby, a rich gentleman who throws parties in hopes that the girl he has been in love with for years may attend one day.

Set in a dystopian future, the book tells the story of a time when it is illegal to have a book in your possession. The protagonist becomes a human library, learning the books, and using them to bring change.

Anthem is a story of a society where people don’t have names and are just as significant as objects.

At Mr. Jones’ farm, the animals rebel and kick him out. However, as soon as he is gone, the animals get new leaders, Napoleon and Snowball, two pigs who make the animal’s lives hell again.

Lord of the Flies by William Golding

A group of boys is stranded on an island, where they have to establish a new society. In this, they will have to choose a new leader, and confront the reality of living alone on an island full of dangers.

Do you know any books similar to 1984 that you think should be in this super list? if that is the case then leave a comment now with all your suggestions so I will include them!