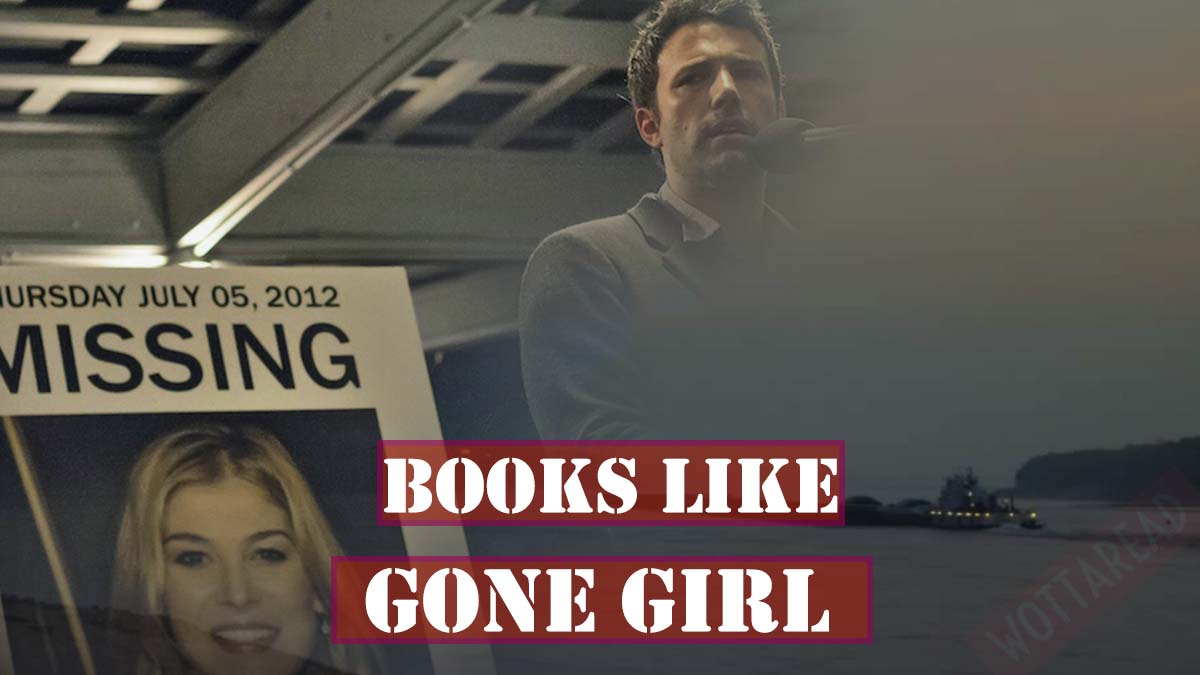 If you’re in the search for books like Gone Girl, Wottaread is the right place to be. Published in 2012, Gone Girl is penned by Gillian Glynn. It’s a psychological thriller that keeps the readers on the edge of their seats, and that’s why the book became a New York Times Bestseller in no time. A film adaptation of the novel came out in 1014, starring Ben Affleck and Rosamund Pike. If you loved Gone Girl, you’d like to read similar books to Gone Girl, and we have amazing suggestions for you.

In this guide, we mention the best books like Gone Girl that will keep you as entertained as the novel did. Something about thrillers just makes it hard to put the book down, and we assure you that all books in this list meet the criteria.

Amy and Nick are married but not happily. While Amy thinks of him as moody and aggressive, Nick believes her to be anti-social and difficult. Things take an even worse turn when both of them lose their jobs and are forced to move to Nick’s ancestral home in Missouri, which Amy hates. And then, Amy disappears mysteriously, and Nick becomes a suspect in the case.

If you want to read similar books to Gone Girl, hold on tight because we’ll be discussing seven novels like Gone Girl.

We hope you have a fun time reading these books.

Camille is a reporter who is assigned the task of covering the murder of two young girls in her hometown, a place she hasn’t visited in a long time. Now, she has to face her neurotic mother, a half-sister she has hardly ever spoken to, and a murder case that she feels herself relating to a bit too much.

The Wife Between Us by Greer Hendricks: one of the books similar to Gone Girl

What seems like an ordinary story of an ex-wife jealous of her husband’s second marriage is a twisted tale of love and envy.

All the Line We Cannot See by Anthony Doerr

Marie-Laure lives in the Museum of Natural History in Paris as her father works there. The Nazis take over Paris when she is just twelve, and she moves with her father to their uncle’s house. In their possession, the father and daughter have the most expensive jewel of the museum.

Sometimes I Lie by Alice Fenny

Amber has recently undergone an accident, and she’s in a coma. While she tells the readers about her unhappy life, as we read on, we realize that not everything she says is to be taken as the truth.

The Woman in the Window by A. J. Finn

Anna Fox is an alcoholic who lives alone and likes spying on the neighbors, and one day, she sees something that shakes her life.

The Night Before by Wendy Walker

Laura Lochner is having a hard time finding love, so when she meets a guy on a dating site, she is adamant about going on a blind date with him. However, she doesn’t return the next morning.

Before I Go To Sleep by S J Watson

A brain injury makes Christine unable to form new memories, so she wakes up every day next to an unfamiliar man who explains to her that he’s her husband.

In case you know any similar books to Gone Gir do not hesitate to leave a comment us telling us your suggestions. Did you watch the movie adaptation of Gone Girl? did you like it or you preferred the original novel? tell us which one was your favorite.