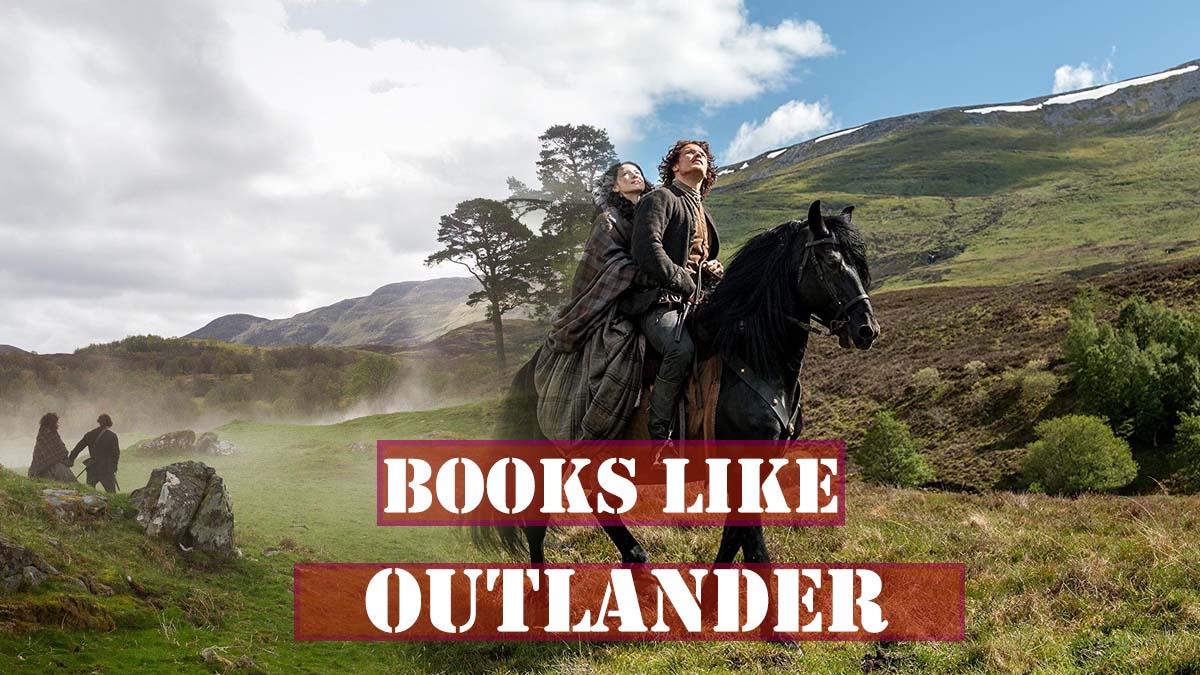 If you’re done reading all books in the series, you’d want to read other books like Outlander now, and it’s justified. Outlander is the first book in the eight-book historical series that covers different genres. It was published in 1991 by Delacorte Books and written by Diana Gabaldon. If you liked Outlander, you must want to know about books similar to Outlander.

In this guide, we discuss the best books like Outlander that cover everything from drama and historical fiction to romance. So, if you don’t know what to read after Outlander then check this amazing list.

Set in 1946 after the Second World War, Outlander tells the story of Claire and Frank Randall, who were forced to work apart during the war. When the war ends, they take a second honeymoon trip to Scotland, where Frank learns more about his family. On the other hand, Claire goes to the standing stones in Craigh na Dun. It’s after she touches the stones that she is taken back in time and must find a way to come back to the present.

Hopefully, this list will quench your desire for historical fiction and all other genres, it is time to know what to read after Outlander. Enjoy!

A Knight in Shining Armor by Jude Deveraux: a must in a list of books like Outlander

A Knight in Shining Armor (The Montgomery/Taggert...
(1174)
See on Amazon

Dougless Montgomery is going through a failed relationship, and while mourning, she finds Nicholas Stafford, the Earl of Thornwyck. The only problem is that the death year on his tombstone is 1564.

This book is part of The Montgomery/Taggert Family, so make sure you check out these novels if you want more books similar to the Outlander series.

Devil in Winter by Lisa Kleypas: one of the most similar books to Outlander

The Devil in Winter. Lisa Kleypas
(860)
See on Amazon

Evangeline Jenner bets Sebastian, her husband, and a playboy, that if he stays celibate for three months, she’ll finally let him sleep with her. He defends her when a threat from her past plagues her present. But is he being chivalrous, or is it just another one of his ways to slide into the sheets?

The Night Mark by Tiffany Reisz

The Night Mark is a gripping tale of a woman transported back in time to her husband whose death she mourned so dearly in the present.

The Stolen Marriage by Diane Chamberlain

Tess DeMello’s life is almost perfect until she finds out that she is pregnant with a man’s child other than her fiancé. She decides to call it quits with him and live with her child’s father, a mysterious man who lives in an even more mysterious town.

Isobel Fairfax is looking for clues to her mother’s disappearance and father’s absence. That’s when she is transported to the Shakespearean England, and truths start to unfold.

The Scribe of Siena by Melodie Winawer

Beatrice is a neurosurgeon who goes to Sienna upon her brother’s demise. That’s where she finds an old photograph of herself and goes back in time to the 14th century.

This novel has been described as a book like Outlander but with an Italian accent, so what else you need?

Maggie is a divorcee and single mother who recently lost her daughter. As she is transported back in time to ancient Scotland, she falls in love with Prince Fergus, but her present wants her back.

Now you know what to read after Outlander, but before you leave we have a question for you, do you like George Orwell’s books? because if the answer is yes then you definitely have to check out this post with lots of books like 1984, don’t miss it!