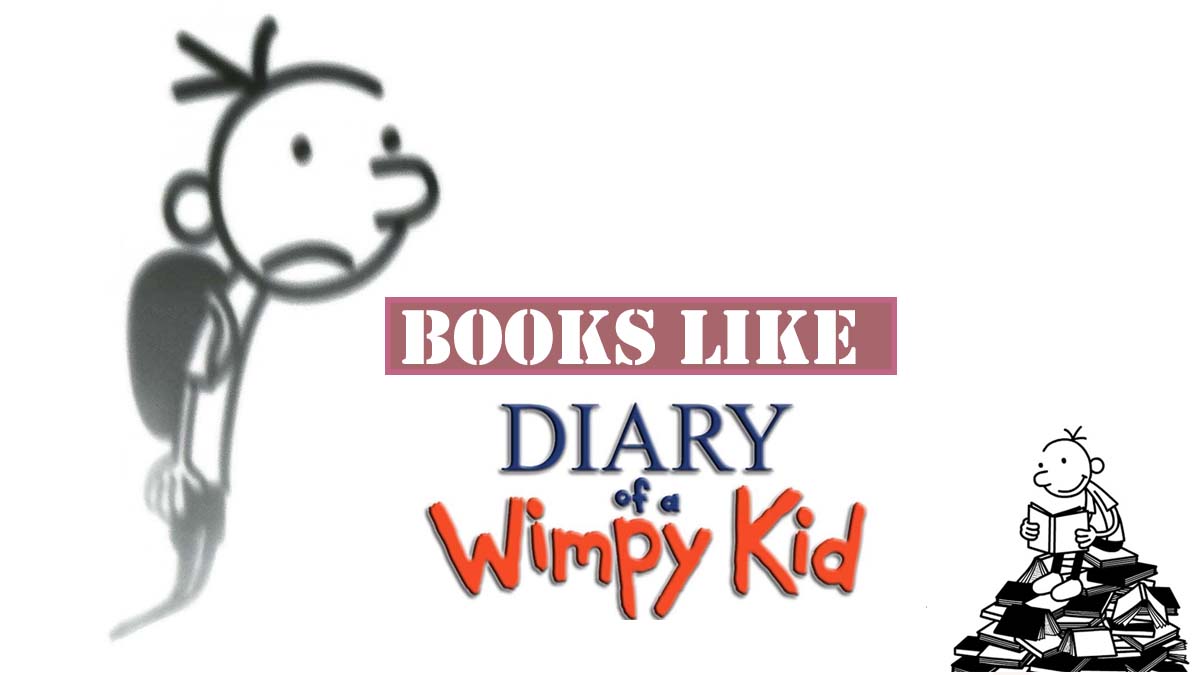 Books similar to Diary of a Wimpy Kid by Jeff Kinney

If you want to read more books like Diary of a Wimpy Kid we completely understand because we are just as fascinated by the illustrations and the amazing story in this series as you are. A whole series of novels, the Diary of a Wimpy Kid was many people’s favorite book when they were kids. As a result, this series by Jeff Kinney has sold millions of copies worldwide and has been a New York Times Bestseller. Kids who loved the series also wanted to read books similar to Diary of a Wimpy Kid, and here you’ ll find lots of suggestions!

While we discuss the best books like Diary of a Wimpy Kid, we want you to remember that the genre isn’t just for kids. It’s just as entertaining for adults too, if you don’t know what to read after Diary of a Wimpy Kid check out these alternatives. But first of all…

Published by Amulet Books, the Diary of a Wimpy Kid is written and illustrated by Jeff Kinney. The Diary of a Wimpy Kid series tells the story of a young boy Greg Heffley, who wants to be a popular kid in his school.  Greg talks about everything from the strange customs at his school to his best friend and family. Through Greg’s stories and his plans to become popular in school, we see how a middle school boy’s brain works.

If you’d like to read books similar to Diary of a Wimpy Kid, this is the right place for you. Let’s begin.

Here’s the list of other novels and series like Diary of a Wimpy Kid that you’ll equally enjoy because they are hilarious, interesting, and everything else that books for kids should be.

The Last Kids on Earth by Max Brallier: a must in a list of books like Diary of a Wimpy Kid

The Last Kids follows the last children left on Earth after a monster apocalypse. Filled with illustrations, tons of laughter, and plenty of action, this book is best for a middle-schooler.

This is a series recommended by Jeff Kinney himself by the way, he said the following about The Last Kids on Earth: “Terrifyingly fun! Delivers big thrills and even bigger laughs.”

Dork Diaries by Rachel Russell: books similar to Diary of a wimpy kid but with a girl as the main character

The Dork Diaries are an account of Nikki Maxwell’s life through doodles, text, and comic strips. While Diary of a Wimpy Kid gave insight into a boy’s brain, the Dork Diaries opens into a 14-year old girl’s brain.

Cece previously studied in an all-deaf school. When she is transferred to a new school, she’s the only one with a hearing aid, and no one wants to be friends with her. But then she discovers that her hearing device can hear through walls and her life changes.

Roll with It by Jamie Sumner

Roll with It
See Offer & reviews

Ellie suffers from cerebral palsy and isn’t the sweet little daisy that people on wheelchairs are expected to be. Moving to a new town seems like a huge challenge for her until she starts making friends.

Timmy Failure is a series of novels by author and cartoonist Stephan Plastis that follow Timmy, who wants to be a detective, his side-kick being an imaginary polar bear.

How to Eat Fried Worms by Thomas Rockwell

Billy takes on a challenge to eat 15 worms in 15 days for $50. Now, he has to figure out ways to make the challenge easier on his stomach. If you don’t know what to read after Diary of a Wimpy Kid and you want some laughs then try this one.

Harriet the Spy by Louise Fitzhugh

Harriet becomes an outcast when someone steals her journal, and now everyone knows the not-so-nice things she wrote in it about her friends.

Now you know what to read after Diary of a Wimpy Kid, so no excuses! We hope that this list was what you were looking for. Also, if you like young adult books then take a look at this post that collects lots of books like Percy Jackson.

Do you know any books similar to Diary of a Wimpy Kid? then leave a comment telling us your suggestions! We will add them to the list for sure, we like our list to be as complete as possible. See you soon.