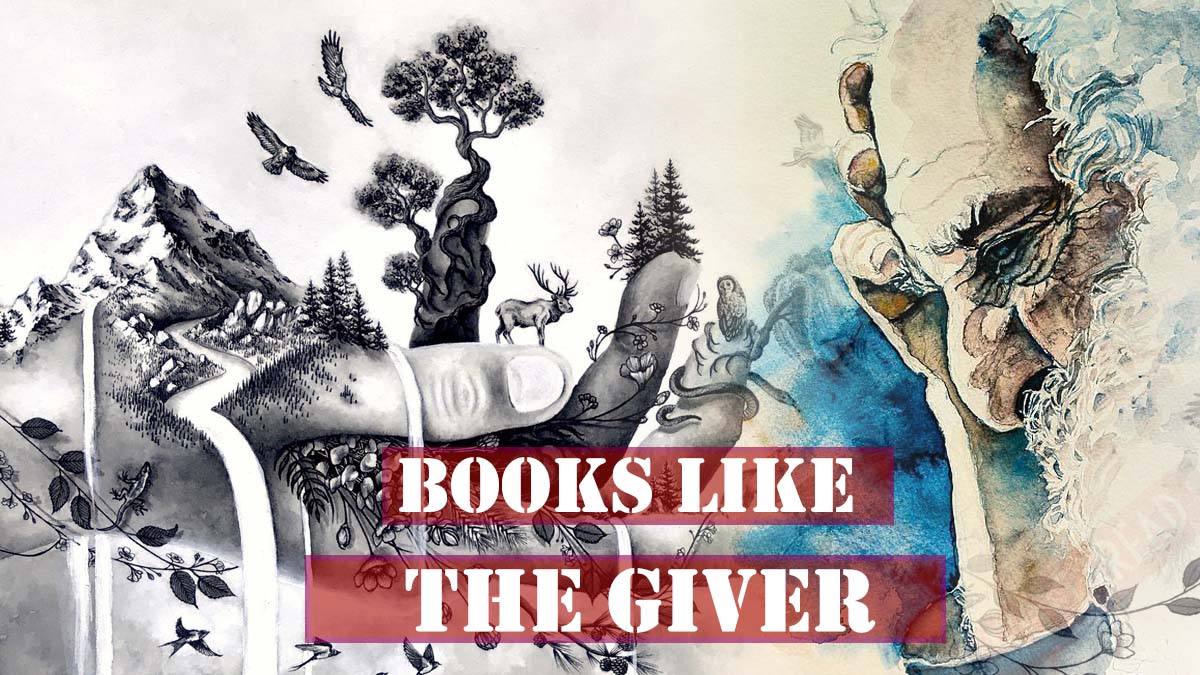 Books similar to The Giver

If you love reading dystopian novels, you’ll want to read more books like The Giver. Published in 1993, The Giver is written by Lois Lowry and set in a dystopian society that initially seems utopian. The Giver has sold over 10 million copies globally and is taught in middle school in some countries too. A film adaptation was released in 2014, starring Meryl Streep and Jeff Bridges. Some books similar to The Giver are Messenger and Gathering Blue, which are set in the same era, but there are way more.

In this article, we’ve made a list of the best books like The Giver that will transport you into a world much different from yours, or it won’t be that different?

Jonas lives in a society where every individual is given a specific role. As a soon-to-be-twelve-year-old, he’s nervous about the Ceremony of Twelve, in which he will be assigned his role. On the day, others in his age group are assigned their roles, but his turn passes, making him even more scared and suspicious. Later, he finds out that he is to be the new Receiver of Memory, someone whose mind will hold all memories of the society’s history.

If you were intrigued by the book, there are books similar to The Giver that you can read.

In this list, we have discussed novels surrounding young adult fiction and dystopian eras. Hopefully, you’ll have a great time reading them.

Annemarie Johansen lives in Copenhagen, Denmark, in 1943 and often wonders what the world was like before the war. Her best friend, Ellen Rosen, is a Jew who comes to live with them as a part of their family when the Danish Jews are relocated.

The Outsiders by S. E. Hinton: check out this one if you want books similar to The Giver

Ponyboy Curtis, a 14-year old, has his own view of the world, which he has divided into two kinds of people: socs and greasers.

Published in 1931, this novel tells the story of Bernard Marx, who lives in a utopian society set in year 632 after Henry Ford. He is one of the few people who realize that the society they live in is corrupt.

This is a classic in literature, and you should get this it if you want to read a classic book like The Giver.

Uglies is the first book in the four-part series set in a dystopian future where everyone is ugly and has to undergo surgery when they turn 16 to become pretty. Tally Youngblood is turning 16, closer to her plastic surgery, when she finds out that the government uses this operation to control the society, and she decides to rebel.

The Chosen One by Carol Williams

Kyra lives in a fundamentalist community and hardly asks questions about the strange customs, like her father having three wives. However, when she is ordered by the Prophet to become the seventh wife of her 61-year old uncle, she must make a choice.

August Pullman is an ordinary 5th-grader, except that he has a facial difference that other people cannot ignore.

While exploring, Jacob finds the remains of Miss Peregrine’s Home for Peculiar Children, which was made for children who were not just peculiar but dangerous too. Something tells him that they’re still alive.

That was it, I hope that our amazing list of books like The Giver was of great help of you so you can add new titles for your book collection. In case you like historical fiction then you can take a look at this post with books like Outlander, the famous series by Diana Gabaldon.

As always, a pleasure to have you here. If you know other books similar to The Giver just leave a comment (or use the contact form if you prefer it) telling us your suggestions, we will add them for sure!