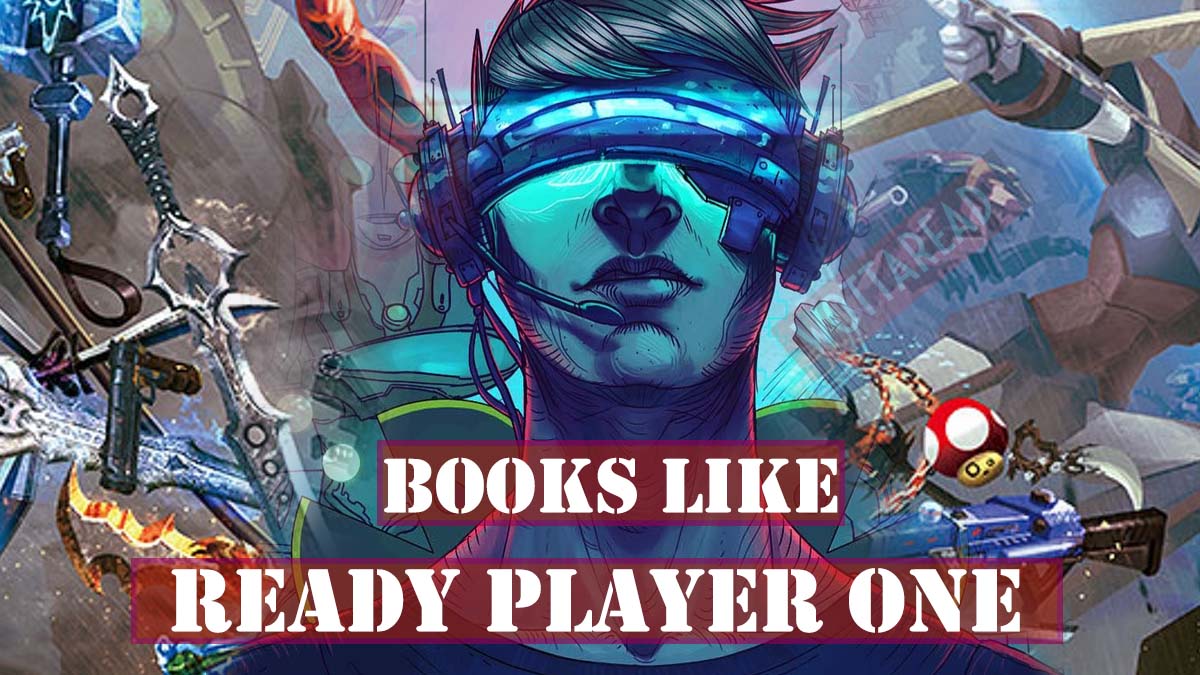 Books similar to ready player one

If you’re looking for books like Ready Player One, you’re in the right place. The science fiction book quickly became a favorite among readers, especially the young ones. While the book has its own charm and gripping storyline, there are many books similar to Ready Player One that are just as amazing.

Ready Player One was the debut novel of Ernest Cline, published in 2011. The novel is set in 2045, where it follows the story of a boy named Wade Watts, who goes into a virtual reality game. His task is to find the Easter Egg, which would help him inherit the fortune of the creator of that game.

A movie adaptation of the book was released in 2018, and its sequel is expected to be released in 2020. Let’s talk about books similar to Ready Player One that are equally interesting.

Only You Can Save Mankind by Terry Pratchett: a must in a list of books like Ready Player One

Only You Can Save Mankind (The Johnny Maxwell...
See Offer & reviews

Being the first volume in The Johnny Maxwell trilogy, this book is about Johnny, who is just playing a game, but upon setting a world record, he gets a strange message.

You may probably know Terry Pratchett for the Discworld series, a hilarious fantasy story than you can start reading by going to this post which shows the Discworld reading order.

Agent to the Stars by John Scalzi: one of the books similar to Ready Player One

Thomas Stein is a handsome Hollywood agent who is hired for closing a deal between aliens and humans when aliens contact Earth. It’s part comedy, part science fiction, so you get the best of both worlds.

Armada is another science fiction novel by Ernest Cline, which was published in 2012. It tells the story of a young boy who plays a game that involves defending his game avatar against aliens. However, he finds out that the game is actually a preparation to train the world to protect themselves from a real alien invasion.

If you like Ready Player One then you have to read this book also written by the same author.

In Moxyland, forces from online games control all aspects of entertainment. Living in Cape Town, South Africa, the four main characters team up in this frightening representation of a dystopian society.

Set in a dystopian future, the books tell the story of a society where a reality game controls most things. From romance to gaming tournaments, this story has it all.

Hiro is a pizza delivery guy, but he’s also a prince in a game he plays. Things start getting messy when Hiro’s fellow hacker suffers from brain damage after viewing an image in a computer file containing a virus.

Jazz is given an offer by a rich stranger, and she happily accepts. What she doesn’t know is that she has unknowingly made herself an accomplice in a plan to take over the city. Set on the moon, this is a great book for people who liked Ready Player One.

I hope that this list of books like Ready Player One helped you discover tons of new amazing books. Before you leave, take a look at this post with books like Harry Potter, if you like Ya fantasy you will love all the suggestions there.

And that would be all. Did you watch the movie adaptation of Ready Player One? did you like it or do you think the book was way better? also, if you know any books similar to Ready Player One then leave a comment with your suggestion so it can be added to the list! The more books the list has the better!