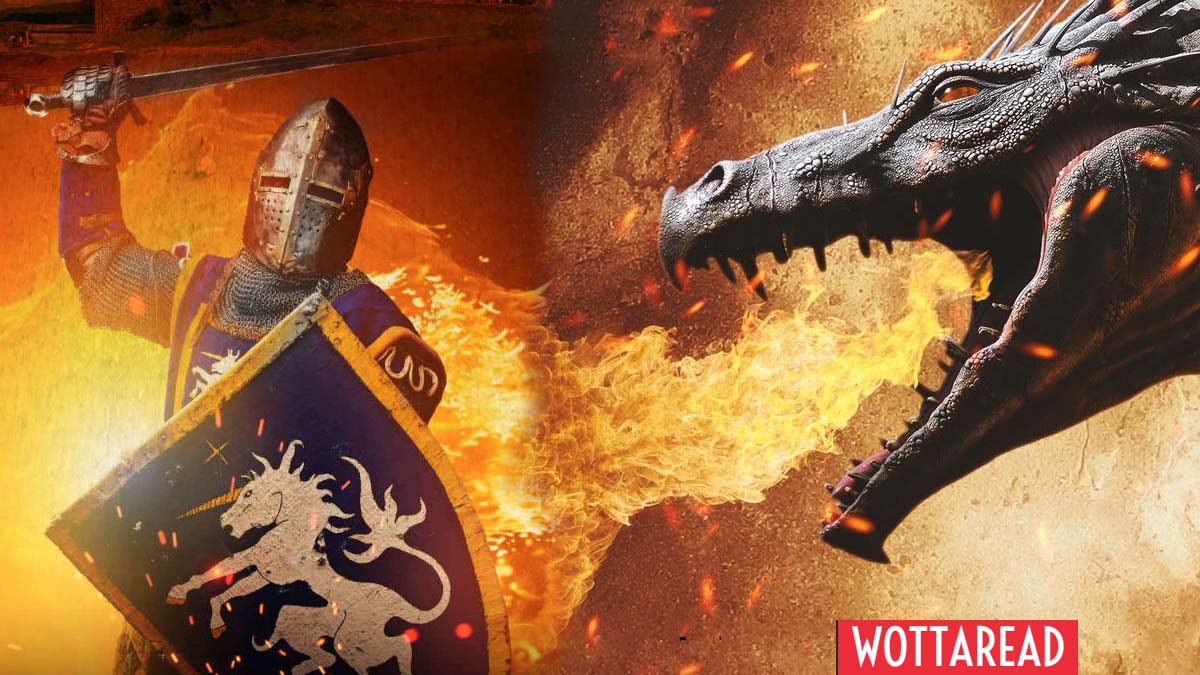 Hello Wottareaders! Today I’m interviewing author Grady P. Brown, author of the Magnus Dynasty Saga among other projects, and he released a new book just a few months ago so let’s get to know him better shall we? let’s do this!

Who is Grady P. Brown, not the writer, the man. What can you tell us about you?

I am a full-time pit bull owner who loves his dogs completely. I like making people happy and I like socializing. I have a loving and supportive family as well as many good friends. I am a hard worker and I love getting projects done.

I am from the United States. Due to the past four years, I have gained a considerable amount of inspiration from my country’s political and social turmoil.

I have had stories to tell for as long as I could remember. It wasn’t until I started writing them down in middle school that I decided to become an author. There was something that was completely liberating about writing stories, to put my imagination on paper. I not only write to leave behind a legacy and entertain my readers, but I also do it as a form of meditation that relaxes and expands my mind.

I watch a lot of anime, films, and documentaries on medieval history and prehistory.

If I was to choose a book, I would say my favorite would be Eragon, the first book of the Inheritance Cycle. My favorite movie would be The Lord of the Rings: The Fellowship of the Ring. My favorite food would have to be spaghetti with meat sauce from The Old Spaghetti Factory. I am not a sports fan, but if I were forced to choose a sport, I would say hockey because I love it when the players pound each other against the bulletproof glass. I do not play video games, but I do watch them on Youtube. Due to this, I would choose Star Wars: Jedi Fallen Order.

Pineapple pizza. yes or no?

When it comes to pizza, my tastes are simple and complicated at the same time. In terms of flavor, I am a complete purist because I love plain cheese pizza. If I were given pineapple pizza, I would pick the pineapple off and then eat the pizza.

Being a library aide because I get to help out when it comes to maintain and distributing an entire collection of books. Since I spend a lot of time writing books, I feel at peace when I am surrounded by books.

Evil does not listen to reason.

The Young Guardians and the Genesis Spell.

This sentence defines me because I have an understanding of how evil thinks. I like dark stories and I like to incorporate my innate understanding of evil in my stories. It helps me when I am writing my villains.

At an early age, I always had stories to tell. At first, I wanted to be a paleontologist, to study and discover prehistoric life forms. However, once I started to realize the liberating sensation I received from writing stories, I decided to abandon my old ambition of being a paleontologist. I have been writing nonstop ever since.

I am only able to write while in my man cave, which is my personal writing studio. The presence of my beloved pit bulls also makes the writing process easier. I try writing three to five pages a day. However, there was one case in which I wrote fifty pages in a single day.

I take a lot of inspiration from historical figures and model several of my characters on them. Other characters are based on people I hate with complete passion and I am not subtle with my references. I also base characters on my loved ones. For example, I included my parents in my books twice already. In one of my current projects, I am basing one of the characters on my aunt.

Use historical events as a blueprint for a story then alter it however you want until you have the story you wish. I did that with my Magnus Dynasty Saga when I picked the English First Barons War and the War of the Roses. Historical documentaries are the ideal source of inspiration when searching for a historical event to base your story on. For instance, if a massive earthquake happened a century ago, you can use that event as a blueprint for a potential story. You could use the historical earthquake as the rise of an undiscovered city or a giant monster waking up. The possibilities and combinations are limitless.

I would say the most absurd thing I would do when I should be writing would be when I’m watching scare pranks on Youtube or watching the Jackass films on Amazon Prime.

Your series, Magnus Dynasty Saga, centers on Numen Magnus, the true heir to House Marvak. Some compare this series to Game of Thrones, but your book is actually quite different from George R.R Martin’s isn’t it?

Yes. Due to four years of research on medieval history, I developed a deep understanding on how medieval politics operated. Feuding noble families, cutthroat politics, and warring armies were actually quite common back in those days. Those real life events made Game of Thrones look like Sesame Street by comparison. It is those real life events I drew inspiration from. I have learned the reigns of many monarchs from the Norman Invasion of 1066 to the Tudor Dynasty of the 15th and 16th centuries. My Magnus Dynasty Saga contains many similarities and references to those time periods if you know where to look. Also, I have been a devout fan of both dragons and dragon riders since the day I was born. I always fantasized befriending a dragon and riding it and I incorporated it in my Magnus Dynasty Saga. Due to their size and strength, dragons always had the power to melt castles and incinerate armies, which are abilities that have been displayed by countless other fantasy stories such as The Hobbit and the Inheritance Cycle. In addition to medieval history, I drew inspiration from Arthurian legend and Beowulf for my Magnus Dynasty Saga. In the next volume in the Magnus Dynasty Saga, I am considering using the reign of King Louis XIV of France as inspiration.

You are an autism ambassador, have you ever included a character with autism in any of your books? Or do you plan to?

Recently, you released Cosmic Genten, the first novel in Benfold Star series, tell us more about it?

It takes place in the distant future in which humanity has colonized most of known space. There are no real aliens. Instead, there are humanoid mutants that have been labeled as aliens. The story revolves around an interstellar war between two intergalactic governments that seek to conquer each other. After much bloodshed, both sides try to claim a strategically important star system that could decide the outcome of the war. Now, a makeshift army of freedom fighters must fight off an incoming invasion from an enemy fleet.

I am currently writing two books at the same time. I am taking a break from the Magnus Dynasty Saga. One book is a new superhero story that takes place in an alternate reality while the other revolves around an evolutionary experiment that attempts to recreate a prehistoric ecosystem. Thanks to my self-quarantine from the Coronavirus, I have all the time in the world to write these books.

This was a great interview! I want to thank Grady P. Brown for this amazing opportunity to know him and his work better.