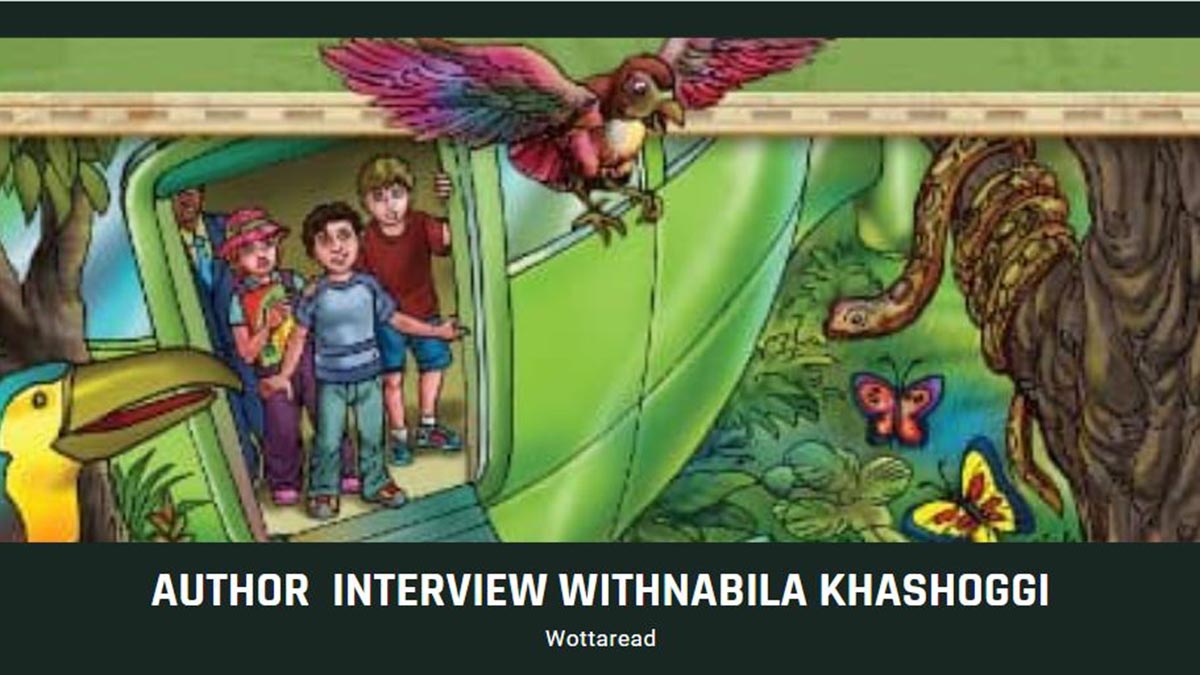 Here’s my inteview with author Nabila Kashoggi! she’s here to tell us about herself, and of course about her amazing series: The Spartan & the Green Egg series.

In case you are curious about this action and adventure story for kids here are the two volumes in the series: 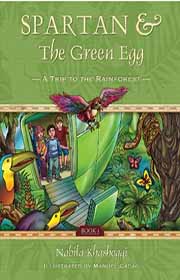 A Trip to the Rainforest 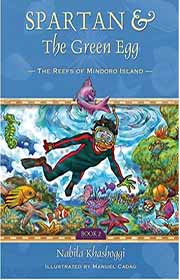 The Reefs of Mindoro Island

What made you want to write graphic novels?

When I was growing up we traveled a great deal, and I was always offered the usual “quiet” activities to do while we were underway. I was really drawn to comic books and books with pictures because I could imagine myself there. It was like having a television without having a television. So, when I decided I wanted to write a children’s series I KNEW it had to be a graphic novel. I also wanted to make the books as graphic novels so that they would be interesting and accessible to reluctant readers.

What is the Spartan & the Green Egg Series focused upon?

Each book focuses on an area and a native people somewhere on planet Earth. Book 1 was set in the Amazon and discussed the plight of many of the wildlife there due to deforestation. Book 2 focused on the plight of the reefs around the world, in particular the Philippines. I chose to set Book 3 in the desert where the precious commodity of water and water conservation are featured. The tigers of Bhutan were featured in Book 4 and the unethical practice of poaching. Now, with Book 5 I’m focused on the tragic effect of climate change and its impact on the glaciers, especially in Greenland.

Who is this book designed to interest?

I wrote this book with the goal of interesting children, under 10 years of age, in a wider, global perspective.  Because I did travel so much as a child, I understood at an early age that the world is much more than just your home town or state. It’s huge, and we’re all a part of it. I believe that when a child realizes that they are a part of a larger world, they also feel a sense of responsibility for all of the life that lives here, and develop a greater tolerance for others whose culture may be different.

How do you decide what to write in your books?

Usually it starts with my reading something that really frustrates me, such as some environmental disaster, or some awful incident toward indigenous people in an area. Then I explore ways to bring that to a story and on a level that children can understand. But, I’ve also found that adults are also enjoying reading the books too!

I noticed that the money you make from the sale of the SGE series all goes to a children’s charity?

Yes! I’m very involved with a group based out of Italy called The Children for Peace. The proceeds from 100% of the sale of the books goes to helping children in impoverished areas build schools, obtain the school books or supplies they need to live a better life, or provide medical relief.