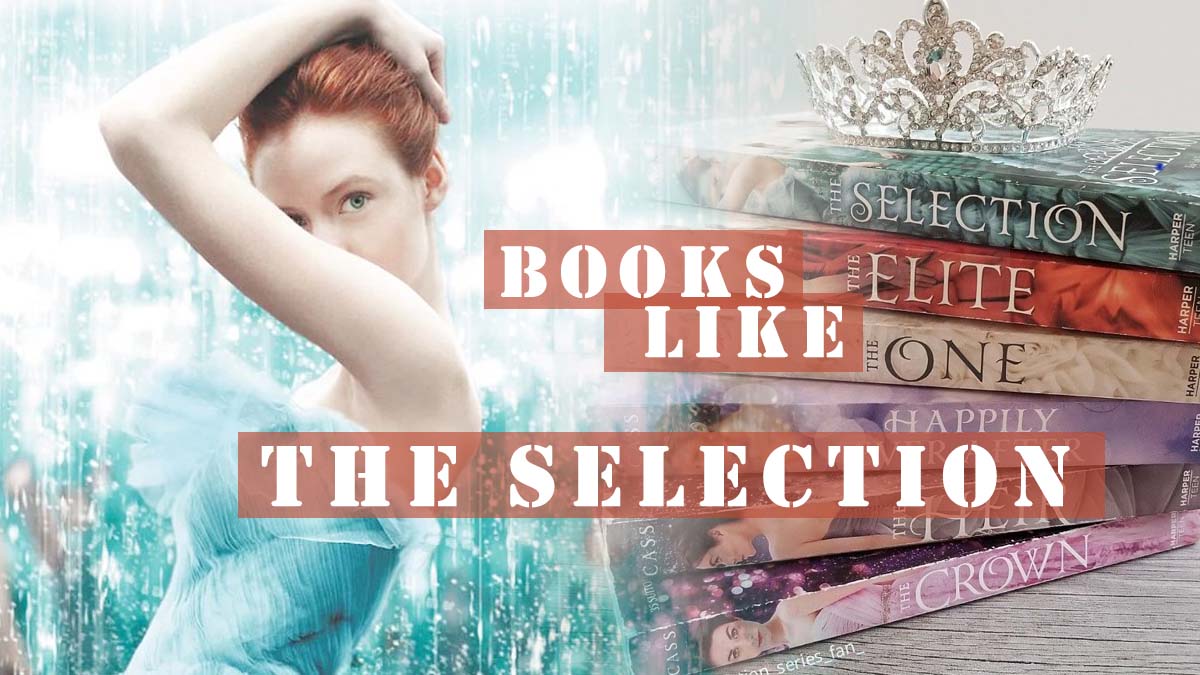 Books similar to the selection

If you are a fan of the world created in these novels, you must be wishing to read more books like The Selection. The Selection by Kierra Cass is one of the most famous dystopian novels today. The book tells an exciting story that keeps you engrossed for hours, hoping to know what happens next. There are many books similar to The Selection that you can read if you’re done with this book.

In this article, we have discussed seven best books like The Selection series that have elements of drama and a dystopian future. Will any of these captivate you? let’s find out!

The Selection is set in a world where the cast separates people. Thirty-five girls are selected to win Prince Maxon’s heart and make their way into the royal palace. While other girls are thrilled at this opportunity, America Singer isn’t pleased. She is secretly in love with Aspen, a low-cast man, and she doesn’t want to turn her back on him. Only when she meets Maxon does America realize that she could have a much better life than the one she has dreamt of for herself.

Lucky for you, we have found some other books similar to The Selection series that you’ll thoroughly enjoy.

Matched is set in a world where the Society decides your future, love, and death. Cassia has never doubted any of their decisions, but when she’s shown the face of her ideal life partner, she sees two people. Now, she’s divided between her best friend, whose face she saw on the screen, and the other man whose faces appeared for a flash.

City of Bones by Cassandra Clare: a bit of fantasy among these books similar to The Selection

Clary Fay goes to a club in New York where she witnesses the strangest murder. Three people covered in tattoos kill a man with some strange weapons, and then the body disappears as they do too.

Although Nora Grey has never been a romantic kind, she cannot control her heart when she meets Patch, but Patch seems to know too much about her and is everywhere. Now, she doesn’t know if she should follow this love affair or run from him.

Here you have the Hush, Hush series order.

In a dystopian future, love is a disease, but luckily, a cure is present. Everyone is given the cure when they turn 18, and the novel tells Lena’s story of getting the cure and interacting with a boy named Alex, who hasn’t taken it.

When Nina turns sixteen, a government-branding tattoo XVI appears on her wrist, which indicates that she is ready for sex. A standalone novel set in a distant future, 2150

Abby Abernathy has given up her dark, problematic past life, but she’s about to get closer to it when she meets Travis Maddox.

It’s 1878, Tessa Gray enters London’s supernatural world to look for her missing brother and finds the Shadow hunters to be her only friends. This is the first volume of the Infernal Devices series, which is actually a prequel to The Mortal Instruments, which was recommended in this list with books like The Selection series as well.

Hope this list of books similar to The Selection by Kiera Cass was what you were looking for. You might have noticed that we didn’t include Veronica Roth’s series, which has some resemblance to Kiera Cass’ work, that’s because we have another list for you with some books like Divergent, check them out as well!

Do you know any books similar to The Selection? if that is the case leave a comment us telling us your suggestions so I can add them to the list! Also, share your opinion or review of any books that were included in this post, it will surely be helpful to others!