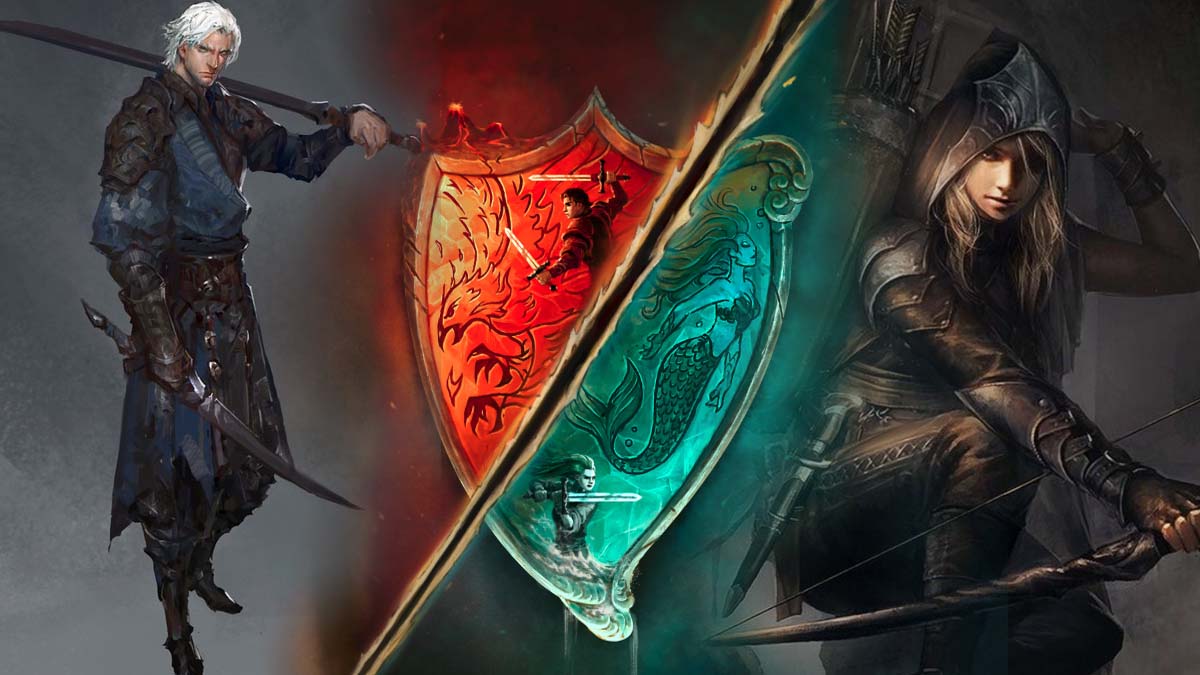 Young adult fantasy novels are a category of their own as young people love reading about magical and fantasies. The world of fantasy is often much more exciting and better than reality. From supernatural beings to normal humans with superpowers, young adult fantasy books introduce us to a lot of adventure and excitement. That’s probably why fantasy novels often top the best-selling lists and get adapted into movies and TV series. With new writers in the field, the YA fantasy books are the only getter better and more enthralling with every passing release. No matter if you are seeking ya series or standalone books here, you will find both.

We love ya fantasy books as much as you do, so we have curated a list of the best young adult fantasy novels that you can read this year. It is hard to say if these are the best ya fantasy series, since such a thing is kinda subjective, but at least we can say these series are worthy of your attention.

We have tried to include all sorts of young adult fantasy novels on this list. Some of them are standalone novels, while others are ya series. In these stories, you’ll find love, bravery, adventure, magic, and, most importantly, a yearning to read more.

Let’s talk about the YA fantasy books that will keep you entertained for hours on end.

We had a great time putting together this list for you, and we hope you have just as wonderful time reading these amazing young adult fantasy books. Will any of these become part of your list of best ya fantasy books? there is only one way to find out:

Circle of Shadows by Evelyn Skye: a must in a list of young adult fantasy novels

Sora and Daemon have been chosen by the Gods to learn magic and fight against the evil forces trying to destroy Kichona. Action, adventure, magic, and even betrayal.

The Sword’s Choice by I.M Redwright: an indie ya fantasy book

A story with a similar setting to Avatar the Last Airbender. Noakhail is the heir to the Kingdom of Fire, but he has been living all his life as an exiled in the Queendom of Water. His father will finally reveal his true identity, and give him a sword of fire, the one that proves that he’s the heir to the throne.

In a parallel story, one of the princesses has finally been chosen to reign in the Queendom of Water, but she couldn’t be less appropriate for the role.

Simon Snow by Rainbow Rowell: the most similar to Harry Potter among these young adult fantasy novels

Simon Snow is a ya fantasy book with humor, mystery, and romance. A ghost story that has some resemblance to the Harry Potter series, since the action takes place in a school similar to Hogwarts.

The Dark Artifices by Cassandra Clare

A gruesome murder takes place in the Shadowhunter’s stronghold, and the fear of civil war is looming in the air. Emma and Julian are on a mission to save the world before the curse kills everyone.

At the girls-only Raxter School, students are in quarantine as the Tox hits. After the teachers died, the students started disappearing one by one. After Byatt is found missing, Hetty pledges to do anything to bring her back, even if she has to go past the fence.

In the year 2380, graduates of Aurora Academy are given the first mission, and the novel follows Tyler Jones as he puts together his squad for the task.

The Gilded Wolves by Roshani Chokshi

In the year 1889, Séverin is offered his true inheritance by Order of Babel in exchange for help on a mission.

Celaena Sardothien is a prisoner, one day she is summoned to the castle, and gets offered a deal to win her own freedom, she only has to defeat twenty-three warriors in combat. Death or freedom, no more options.

Among these young adult fantasy books, this one is one of the most popular series right now. If this series got your attention you can take a look at this amazing post with the Throne of Glass series order.

We said before that it was hard to say if any of these books were among the best ya fantasy series, this series actually has become the most favorite of lots of readers, so don’t miss it.

The Folk of the Air by Holly Black

This is the story of Jude, a seventeen-year-old girl who lives in the High Court of Faerie, together with her two sisters. She desires to be part of the Court, but for this she must defy Prince Cardan, the most wicked boy she has ever known.

Hope this list with some of the fantasy books for young adults was of your interest. Do you know any books that you are 100% sure should be among the best ya fantasy series ever? leave a comment with your suggestions and they will be added to the list!