We got a list with all the Fnaf books in order and that includes the graphic novels as well. This book series is based on the videogame by the same name, known as the Five Nights at Freddy’s. These novels are must-read if you enjoyed this franchise.

Here not only we will tell you how many Fnaf books are there, but you’ll be able to get them both individually or in the most complete book sets. Let’s see where you should begin to start reading these books.

Fnaf books in order, what is the best way to read them?

There’s multiple Five Night at Freddys book series, because of this, it might be quite chaotic to begin reading these novels without the proper information. So here’s a quick tutorial to start these books. The first Fnaf book you should read is Silver Eyes, the first novel in the original series. This trilogy is the best start for delving into these stories. Here you have all the original Five Nights at Freddy’s books in order: You can either get them individually, or you can get this great book set that collects the 3 of them for a great price:

Next, you should read the Fazbear Frights series, which is composed of 12 volumes. Here you have the Fnaf books in order for this series: Do you want to get the complete series? then there’s this Fnaf book set. It includes an exclusive paper back book, Felix the Shark, which is not available individually (you can get it only in Kindle Format).

Still itching for more fnaf book series? nice, because there’s another one. The Tales from the Pizzaplex, which is composed of the following novels: 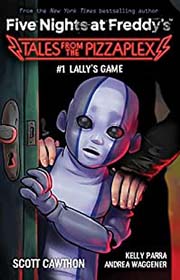 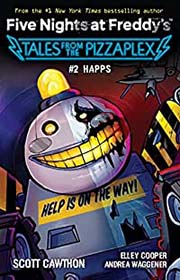 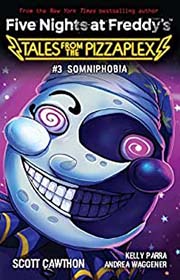 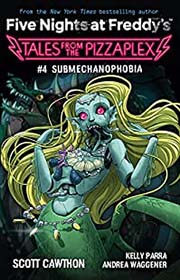 You can tell that the Fnaf books are scary just by taking a look at their book covers isn’t it?

If you found the Five Night at Freddy’s books to look spooky then don’t even stare at the graphic novel covers, because they make the first ones underwhelming in comparison. So far, there’s two series in this format.

The original trilogy , as it should. Here’s the original Five Nights at Freddy’s graphic novels in order: There’s also a graphic novel version of the Fazbear Frights series. So far there’s only two volumes but, seeing how popular these books are, we are confident that all the fnaf books with be released in this format as well.

Here you have these Fnaf graphic novels in order of publication (which is how you should read them): Don’t you find these covers way more shocking? we told you they were, the art in these illustrations is at another level for sure.

You will enjoy the Fnaf books if…

If you have played the videogames you definitely have to give these books a chance. Five Nights at Freddy’s is an indie video game series designed, created and published by Scott Cawthon.

In the games the player takes the role of a nightime security guard who has to check the security cameras in a pizza restaurant (Freddy’s) known for its animatronic fluffy robots. It would seem like an easy job, if it wasn’t for the fact that five of these animatronics will come to life during the night, and they will try to kill you. Which you might agree is quite a nuisance.

However, this does not imply that you can enjoy these novels if you haven’t played the videogames. The premise of this story is quite simple, there’s a pizzeria that is sort of haunted, in which there are some animatronic robots that get alive during the night and have quite a killer instinct. By knowing this you are more than ready to go.

Now that you have Five Nights at Freddy’s books in order you can start reading this series. Also, if you like fun books you can check the Dog Man books in order.

What are Five Nights at Freddys books about? discovering the Fnaf books

The first novel of this series centers of a group of children who want to know more about the mistery surrounding the Freddy Fazbear’s Pizz restaurant. However, even though both the videogames and the novels take place in the same universe, the books are not one hundred per cent accurate to the original source.

List of all the Fnaf books in order of publication

The following list collects all the Five Night at Freedy’s in order, by following this guide you’ll make sure you haven’t skipped any books in the series. You might be wondering how violent and scary these book are, the recommended reading age for both Fnaf books and graphic novels is over 10 years old, that is, there’s no gore scenes or extremelly violent content. However, bear in mind that these books are about some animatronic robots who want to kill those who dare entry their pizza store, a premise that implies a certain level of violence.

Will you read the Fnaf books in order or will you start with the one whose cover has captivated you the most? tell us if you have played the videogames first and if they scared you. Also, we are really curious to know if you are going to read the graphic novels or the books so, please, leave a comment and tell us!