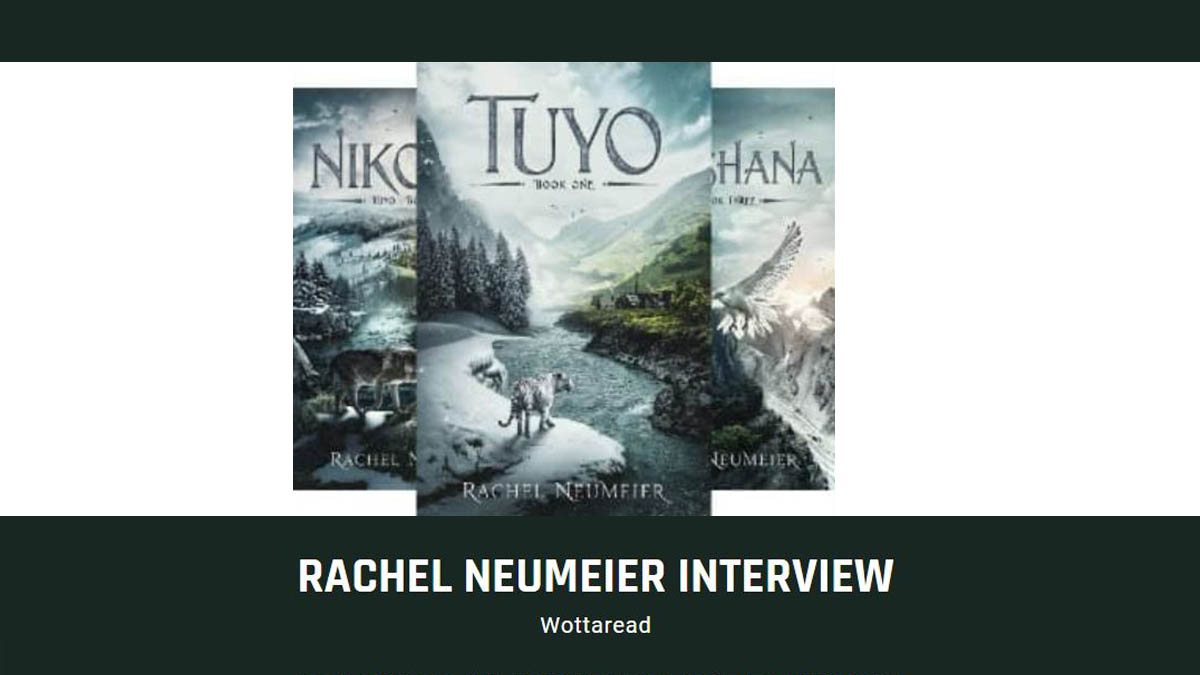 Well, I’m on the extreme-hermit side of the spectrum. I live by myself, with a zillion dogs, which is exactly how I prefer it. That no doubt contributes to my writing speed, which is on the high-ish end, as such things go.

Writers are such for different reasons. What made you decide you wanted to become a professional writer?

When I was in graduate school – I have a master’s in evolutionary theory, which isn’t generally highly relevant to my writing, but there it is – anyway, when I was in grad school, I need a hobby that wasn’t related to my research. So I wrote a trilogy. It wasn’t publishable; quite a lot was wrong with it, especially the pacing and plotting.

Writing that trilogy taught me a lot about how to write. Ten years later, I took a hatchet to that trilogy and revised it completely, into two standalone books, set in different worlds, with different metaphysics. Different everything, or nearly everything. They both came out in 2017; one, from Random House, is The White Road of the Moon. The other, from Saga, is Winter of Ice and Iron. Three are still slight (very slight) hints that these two books started life as one story, but I think you can see that only if you’re looking.

Just ONE book? Fine – one series – The Touchstone trilogy by Andrea K Höst. It’s not the single most perfect series I’ve ever read (that would be incredibly difficult to choose). But it’s among the series I’ve re-read the most often. I’m listening to the audiobook edition now because it’s familiar and I love it and that’s what I’m in the mood for.

One videogame – I don’t have time for any more hobbies, so I’ve never let anybody show me any videogames, no matter how cool they may be.

Certainly. With ham or Canadian bacon.

This was after I’d written the unpublishable fantasy trilogy, but long (long) before I took it apart and put it back together as two standalones in different worlds. I decided to write something publishable. It needed to be short, self-contained, and good. So I sat down and re-read absolutely everything by Patricia McKillip. Then I wrote The City in the Lake. That became my debut novel. In some ways, it’s still close to the top for my personally.

No rituals. I just open up my laptop and sit on my couch, surrounded by my spaniels, and start typing. When I’m puttering around and not trying hard to make any particular progress, I usually aim for something on the order of 1000 words a day. If I have a deadline or really want to stack up the words, I aim for 3000 words a day. If a book is flowing beautifully and I’m loving the writing experience, I often hit 5000 words or more per day, as many as 9000 some days, but I don’t try to push it that far if the words aren’t flowing easily.

Basically, no. I’m often inspired by another writer’s character when creating a character of my own, but when my characters step onto the page, they’re their own people.

The same as everyone else: read a lot. Read broadly. Develop your own taste so that you know what you love most and have something to aim for when you write. Read nonfiction, so you have a basic idea of history and how people have behaved in different societies, and a little about why.

My best? Well, when my agent told me two Big Five publishers had both made offers on my debut novel, that was probably the very best moment. The worst? I have no idea. I’m not sure there’s been anything negative enough to count as a “worst moment.”

Reading through Twitter. Social media is SUCH a terrible temptation to procrastinate.

Before we talk about Rachel Neumeier’s books, I just want you Wottareaders to take a look at the covers of the Tuyo series, they are gorgerous! right now the series is 3 volumes long, will there be more? let’s find out! 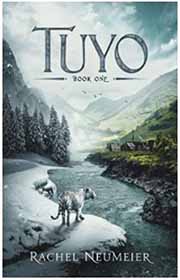 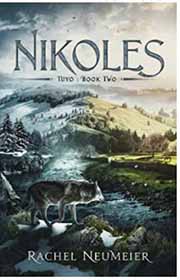 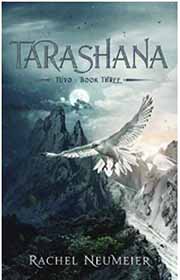 A Summer kingdom, and a Winter kingdom, the Tuyo series has thrilling worldbuilding! Any particular influences that led to these kingdoms?

I was thinking of the different skies in Elizabeth Bear’s Eternal Sky series when I created these dramatically different climatic zones jammed right up against each other. In her series, only the sky is different. This was a detail I loved. When I borrowed that idea, obviously I made the differences much more important than that.

The third volume of the Tuyo series was recently released. What will readers find in this new epic fantasy adventure?

A line that probably few readers noticed in the first book: “Few indeed return from the land of the shades.” The thing to be aware of in the Tuyo series is that the metaphysics is quite real, everyone knows it’s all real, and statements like this are literal, not metaphorical. When Ryo thinks that few people have ever returned from the land of the shades, he means that occasionally someone has.

In Tarashana, Ryo joins that number. He and Aras do indeed visit the land of the shades, as well as the starlit lands.

Tell us a bit about the Tuyo series, and what you think is the reason fantasy lovers will enjoy this tale.

Ryo is my first first-person protagonist. The viewpoint is close and limited. He really came to life for me and is my favorite protagonist ever – and, I’m glad to say, he definitely resonates for readers. I honestly think that most readers, if they open the book and read the first page, will keep turning pages. Ryo does a great job of telling this story.

Will there be more volumes in this series?

Definitely. This is my personal favorite of my series. There will be a minimum of two more books. I’m about a hundred pages into the next one now.

The Sphere of the Winds is the sequel of The Floating Islands. What’s next in this? Do you have to write any extra installments for this series?

I’m not as sure about that. I have a clear idea of where this series could go. So it depends. When I find myself wondering what to work on next, this could be one I pull out again.

Several things, depending on what you mean by “right now.”

This year, I’ll probably finish the 4th Tuyo book and start the 5th.

I’ll also finish the 4th Black Dog story collection – I have two novellas written and just need to write two or maybe three more. I plan to release that in October.

I need to start writing the 5th Black Dog novel, which will be called Silver Circle. I have the broad (very broad) plot in mind and should start it this year and finish it next year.

I’m revising an SF novel, one my agent likes a lot and wants to try to place with a traditional publisher.

I need to finish writing a different SF novel, one that has been stuck at 80,000 words for more than 2 years. I recently got unstuck, figured out everyone’s secret plans, realized how the story should end, and so I’m now ready to finish this novel.

So basically, I will be very busy this year and next year. After that, I bet I will have many other things I’ll be working on. I already have a clear idea for another novel or series of novels set in the Tuyo world – that’s a good bet. Who knows? There will certainly be something.

Hope you enjoyed this interview. Thanks for reading it, and thanks to author Rachel Neumeier for being so kind, and for being part of the Wottaread author interview series.