Have you heard about Mistborn book series? this is a trilogy written by the American author Brandon Sanderson. Introducing Mistborn series will tell you everything you need to know before start reading this amazing saga. Mistborn will have its movie adaptation, so you still have time to read this series before the first movie, Mistborn: The Final Empire gets released (there is still no release date for this upcoming movie). Also, if you were waiting for The final empire audiobook got good news for you just keep reading!

The trilogy, Mistborn, is part of a larger series of books. It is considered a separate trilogy since these are the only three books which function perfectly as a trilogy all on their own. When you read the Mistborn series, you will fondly become addicted to it, because it sparks off curiosity to find out what the end holds. For this purpose, we will be looking at the full trilogy; Final Empire, Well of Ascension and Hero of Ages.

What is Mistborn about?

Mistborn book series is set in a world where ash falls from the sky, and mists envelop the streets by night. Sitting on the throne is the Lord Ruler; a god served by sinister and powerful men whose eyes are made of metal spikes. The Skaa people are however oppressed, poor, starving, and live in perpetual dread of the Lord Ruler. The nobles, on the other hand, take pleasure in balls and court intrigue. There are also the allomancers (magicians) who dwell among the commoners, and they are often seen burrowing in the Skaa community, protecting their houses and skewing politics. They are those blessed with the gift of drawing powers from metals. These groups are said to possess possible powers that might bring down the dreaded Lord Ruler and lift the oppression from the Skaa community.

Mistborn The Final Empire, which is the first book in the series records the account of one man with such powers who assembles a team of criminals to spur the Lord Ruler to great annoyance.

Mistborn book series is set in the Cosmere Universe, that is, most of Brandon Sanderson’s books have the same fundamentals of magic and cosmology even though if the stories are separate. So, Mistborn is set in the same universe as Elantris and The Stormlight Archive despite having a different story. If you want to know more about the Cosmere Universe, you can check Brandon Sanderson’s website, where he explains it better than any other could.

How to read Mistborn book series

Mistborn original series is a trilogy, the proper reading order is the published order. This is at the same time the chronological order, so if you don’t know where to start here you go:

In what order should I read Mistborn?

The Mistborn series order you need:

In which order should I read Mistborn?

After this come Wax and Wayne series on which the last book, The Lost Metal, is still not published. Also, you can read this book considering the Cosmere universe as a whole, I will eventually post a How to read article so stay tuned.

Why is Mistborn so good?

One most impressive things about this series was the unique power system of using metals to gain (sometimes physics-based) superhuman abilities. The magic here is depicted in three disciplines: Allomancy, Feruchemy, and Hemalurgy. What will keep you enthralled are the series of rapidly-changing scenarios that the protagonists found themselves in; the effects of their actions ripple and escalate as the story progressed.

The trilogy is laden with loads of mystery, but also plenty of solutions, which makes for a very satisfying ending, as there’s a real pay-off from plans which are laid very early on in the series. The books, however, made improvements as the series goes on, with the final installment, The Hero of Ages is one of the most exciting series conclusions ever.

If you want to listen this story instead of reading it, you can also buy the Mistborn trilogy audiobooks just clicking on their book covers: 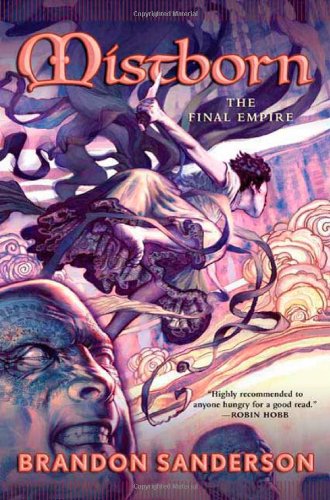 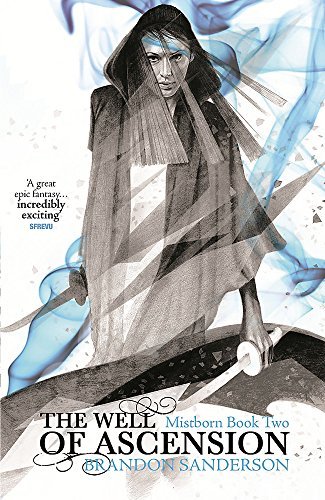 The well of ascension 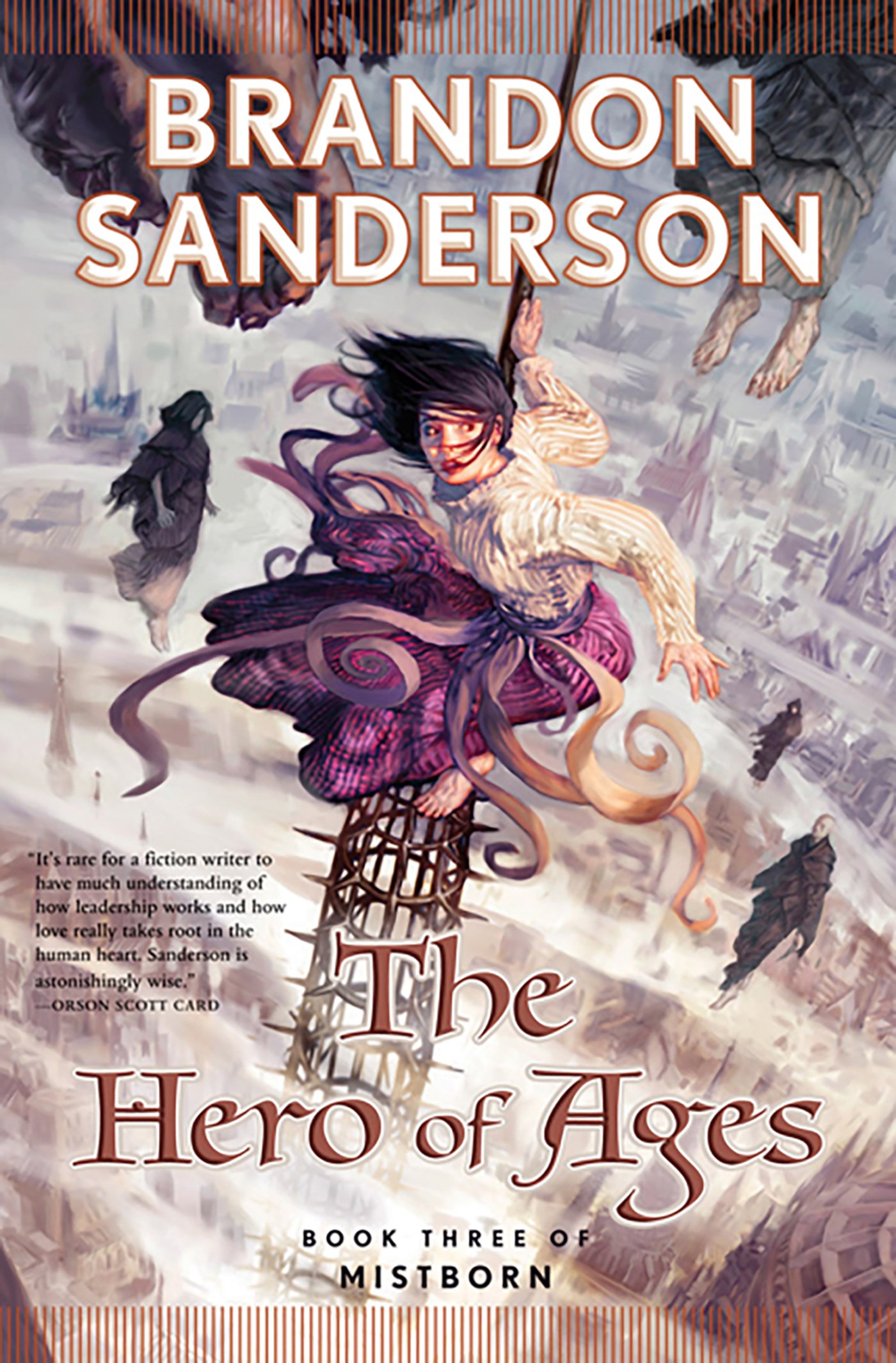 If you were awating for Mistborn The Final Empire audiobook it is finally here, you can buy it only by clicking on its book cover.

The Final Empire is narrated by the American narrator Michael Kramer (as well as the rest of the Mistborn trilogy audiobook novels). He has narrated over one hundred audiobooks and has been praised by his narrations as well as received some awards as are the AudioFile Earphones Award and the Torgi Award .

Aside from being in charge of narrating any Mistborn audiobook he also narrates other known fantasy series as The Wheel of Time.

Are Mistborn and Stormlight connected?

These series have a good balance of action, character-development, politics, mystery, and even some romance. It is an excellent book for anyone who likes fantasy and would urge any readers to stick with it until the end because the pay-off makes even the more awkward sections of the first book worthwhile. Since Mistborn has an entirely different feel to books by authors like George R. R. Martin and Robin Hobb, this series felt like a really unique read.

Yes, Mistborn and Stormlight Archives are connected in different ways. Not only both take place in the universe of Cosmere, but also there are characters like Hoid that make their appearance in both stories (he will even use allomancy in Stormlight also). Generallly, Sanderson’s books are full of Easter Eggs relating all his stories to previous works or sagsas.

About the author: Brandon Sanderson

Brandon Sanderson is a prolific American fantasy and science fiction writer. One of his works, Cosmere Universe, brought him to fame. Cosmere Universe is a word which most of his fantasy novels are set.  Also, Brandon gained some extra notoriety for finishing Robert Jordan’s epic fantasy series The Wheel of Time. His latest book is Skyward, which is not set in the Cosmere Universe, is a YA novel about which you can learn more about just clicking here.

The Mistborn books are set in a fascinating world different from any fantasy I’ve run into before. He’s got a good grip on character and story, and his magic system is unlike anything I’ve ever run into before either. He makes it very solid and logical, while still leaving room for cleverness and mystery.

You should read Mistborn books if you liked

“Somehow, we’ll find it. The balance between whom we wish to be and whom we need to be. But for now, we simply have to be satisfied with who we are.”

– Mistborn Book 3; The Hero of Ages

If you like other sagas such as Robert Jordan’s Eye of the World and the Lies of Locke Lamora written by Scott Lynch you will definitely love Mistborn. Also, if you like Harry Potter (and you are willing to discover a new world full of magic this series will prove to be a good candidate for your needs (or you can check these other Harry Potter suggestions).

Will Mistborn trilogy be made into a movie series?

Brandon Sanderson said in his website that he had a tv or movie deals for Mistborn as well as for other of his works. However, this only means that he has sold the rights, which is the first step in a long process. So far, there are no news about Misborn having a movie adaptation.

Here you have your introduction to Mistborn, hope it’s helpful for you. Just stand in front your copy of Mistborn the Final Empire and start having fun reading some great fantasy. Are you one of those who calls this saga The Final Empire Series?