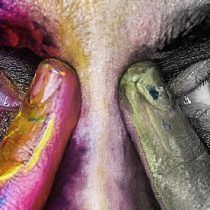 Let’s talk about racism in literature, surely a delicate topic. I am aware that this subject can generate a lot of controversies. So, first of all, I would like to clarify that in this post any racial reference does not have any negative connotation and this issue will be treated with all the respect it deserves.

Racism has been present one way or another during our existence. As a result, there are manuscripts of different ages that reflect it. Many writers found in their literary art a way to denounce this.

Even in fiction and medieval genre, many authors have included racism in their lore in one way or another. To cite a few examples of more than well-known sagas, in Lord of the Rings, Tolkien included in the lore the contempt that existed between some of the fantastic races of the Middle Earth, who does not remember the contempt that existed between the dwarves and the elves? both races had no problem in showing their mutual contempt. However, Gimli (a dwarf) and Legolas (an elf) would end up being great friends.

Another example in fantasy literature would be Harry Potter (which if you loved, you can check these  books like Harry Potter). The aversion that some magicians felt towards Muggles (a person who lacks the magical ability and was not born in a magical family) or mudblood (a foul name for someone who is Muggle-born) would be a different approach to racism. Racism is present in these novels in different ways, and is in fact, partly at least, the plot of the second volume of this saga, The Chamber of Secrets.

There are not a few authors who, in one way or another, introduce racism in their books, as something to deny or fight against. By denouncing it, these books help many people to realize this issue, to create social awareness and to stand up against racial prejudice.

Which novels are about facing racism?

To Kill a Mockingbird

By Harper Lee, 1960.A classic of modern literature, no doubt. This book takes place in the Alabama of the 1930s.  It tells the story of a lawyer, Atticus Finch, who stands up against all the prejudices of a village, deciding to defend an African-American man accused of raping a young white woman. While the rest of the villagers already consider him guilty, not even requiring a trial, Atticus Finch will do his best to prove his innocence earning the disrespect of most of the Maycomb citizens (a fictional city). The story is set in the Alabama of the 1930s. The story speaks of racism as present in society but shows the titanic efforts of those “racial heroes”, such as the courageous lawyer Atticus Finch, to fight against it.

The Hate U Give

By Angie Thomas, 2017. The Hate U Give addresses the problem of racism in our time. This novel tells the story of Starr Carter, a girl born in a poor neighborhood of African-American people who attends high school in an elegant neighborhood. Things will get worse when she witnesses how Khalil, a childhood friend, get shot by the police.

By N. K. Jemisin, 2015 (first novel). This series is a prominent example of racism in fiction. In this case, the prejudice goes against the orogenes, people with a mutation that makes them capable of preventing (and also causing) earthquakes.  They are both hated and feared, many of them ending up being murdered due to this.

Terry Pratchett, 1997. Thud! is a fantasy novel by British writer Terry Pratchett, it is part of his Discworld series. In Thud! A murder of a dwarf will reveal their contempt for trolls, a different approach to racism. If you want to know about Discworld, you only have to click Discworld reading order to know more.

Literature conveys messages through characters, this is why it is so powerful and yet beautiful. It thus becomes a perfect tool for raising awareness and mobilizing society.

Also, take a look at this children’s book about racism. 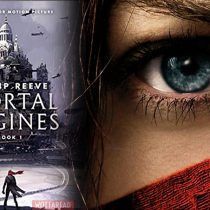 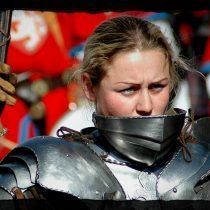