Discworld Trivia: How much you really know about Terry Pratchett’s books?

How well do you remember Discworld novels? if you are a Terry Pratchett fan then this Discworld quiz should be a piece of cake for you. But, will it actually? Sure, you don’t need to have all the knowledge stocked in the library (The Librarian wouldn’t get that many books anyway) but I assure you only real fans of Discworld will be able to get the perfect score!

Let’s start this Discworld trivia quiz, just one thing before you start: remember that the favour  of certain Goddess instantly disappears if she believes someone is relying on her, or calls her by name (you might want to use some dices though!).

This sword is heavily decorated with ornaments and rubies. What makes the sword so special is its ability to talk and sing. And that is also the sword's main drawback, because it just does not know when to stop. The name of the sword is?
Kring
Caesura
Stormbringer

What is the Luggage made of?
Sapient pearwood
Adamantium
Black Hickory

What is the name of DEATH'S apprentice?
Mort
Esk
Adora Belle Dearheart

Some of the Discworld novels follow the misadventures of the wizard Rincewind. In which of these he is not shown?
Equal Rites
The Light Fantastic
Sourcery

The story follows a plot by a secret brotherhood, the Unique and Supreme Lodge of the Elucidated Brethren of the Ebon Night, to overthrow the Patrician of Ankh-Morpork and install a puppet king, under the control of the Supreme Grand Master (Vetinari's secretary, Lupine Wonse). Using a stolen magic book, they summon a dragon to strike fear into the people of Ankh-Morpork.

Which novel has this plot?
Guards! Guards!
Mort
Sourcery

This goddess, since everyone believes in her, does not need to be worshipped, and would regard such a thing as taking her for granted. Her favour instantly disappears if she believes someone is relying on her, or calls her by name
The Lady
Errata
Anoia

Which of these is not the name of a World Elephant:
Laeghen
Jerakeen
Berilia

The Octavo was a book that contained the eight spells which the Creator used to:
create the Discworld
create controversy around the world
create chaos

Which of these Discworld jokes is your favorite?

(Because this is a Discworld's test, it had to have 11 instead of 10 questions ins't it?)

Dwarfs are quite argumentative, sir. Of course, most wouldn't agree.
When Mister Safety Catch is not on, Mister Crossbow is not your friend.
Its all gone librarian poo.

How did it go? where the gods on your side? where you as lucky as Rincewind usually is? Also, if you didn’t know about Discworld you don’t know what you are missing. One of the funniest fantasy series you will ever read, as well as one of the longest. Here is the guide you need to start reading this amazing fun series.

If you liked this great book quiz you will love these other fun quizzes, there are both trivia and personality tests at your disposal. Just click and start having fun with these other quizzes:

Mistborn quiz trivia: How much you know about this series?

The Wheel of Time Quiz trivia: How much you really know about Robert Jordan’s series?

Discworld Trivia: How much you really know about Terry Pratchett’s books?

Controversial Food choices: which Hogwarts House Would You Be In? -Quiz-

The Chronicles of Narnia Trivia Quiz

How much you know about The Witcher? -Trivia Quiz-

Which Kingkiller Chronicles Character Are You?

Percy Jackson quiz: are you a real fan? -Quiz-

Can books tell your age?

Which The Witcher character are you?personality quiz

Lord of the Rings quiz: test your knowledge

Harry Potter quiz: how much you really know about HP series?

Magic Swords challenge: Will you be able to answer all these questions?

Which Fantasy series should I read next? (Quiz)

Which animal is your Patronus? 🐱 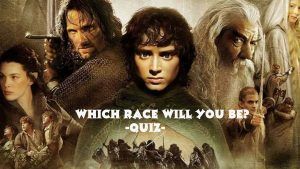 Which race would you be in the Lord of The Rings world?

7 Comments on "Discworld Trivia: How much you really know about Terry Pratchett’s books?"