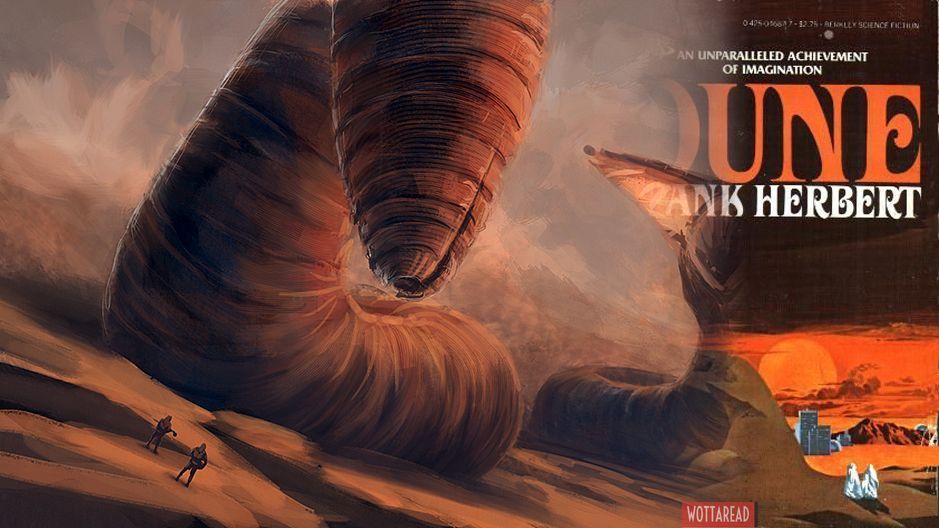 The famous science fiction novel Dune makes the leap to the big screen. Dune has been a huge influence not only in science fiction genre but a cultural influence itself, inspiring films such as Star Wars, or songs like “to tame a land” by Iron Maiden. Aren’t you amazed by this Dune upcoming movie? Dune 1984 was a really good job, Denis Villeneuve has a challenging deal but for what we have seen before this director fears nothing.

What is Dune about

Dune is a science fiction novel written by American author Frank Herbert. This novel is set in a distant future in which humans colonized other planets and control them. Their society is ruled by Noble Houses, being similar to the feudal system in medieval Europe. All these houses owe allegiance to the Padishah Emperor, the supreme sovereign of the known universe.

This book begins with the planet Arrakis, also called Dune, a desert planet which before was ruled by the noble house Harkonnen but now, due to the emperor’s orders, is ruled by House Atreides. Despite being a desert, this planet has a valuable product that makes it really coveted: melange (also known as “The spice”). Arrakis is the only source of mélange, a substance that not only enhances mental abilities but also provides a longer life span and, in some cases, future sight.

The duke, Leo Atreides realizes this new duty is too convenient but this is an opportunity he can’t deny. Dune tells the story of Paul Atreides, a 15-year-old who arrives on Arrakis as his father, the duke, has to rule it. It won’t be late after arriving that his father will be betrayed and killed. As a result, Paul becomes the duke, a duke in exile since house Harkonnen had plotted against his father to rule Arrakis once again.

If you are willing to read this series and you don’t know where to start, here you have my Dune reading order post which will prove very helpful.

When is Dune going to be released?

This new Dune movie will be directed by Denis Villeneuve, the director who also directed Blade Runner: 2049. The main character, Paul Atreides, will be featured by Timothee Chalamet who had roles in Call Me By Your Name and  Interstellar. The upcoming film will also have Dave Bautista, but his featured character is not yet confirmed.

This movie will only cover the first half of the book, so this is only the beginning of a new franchise. Seeing that The Hobbit had three movies, a trilogy for this story is to be expected, since Dune has a complex and wide world so there’s a lot to be told.

There is no release date yet as of right now. The movie will start filming in February 2019, so the release date should not be earlier than 2020.

This novel is probably not unknown for most of you since it had a previous film adaptation in 1984 directed by David Linch, and a miniseries in 2000 by John Harrison.

There are also video games based on this novel Dune II, a strategy game released in 1992 which was a success, ironically, this led to a remake in the 2000s and a sequel that turned out to be a failure and therefore the developer company, Cryo Interactive, went bankrupt.