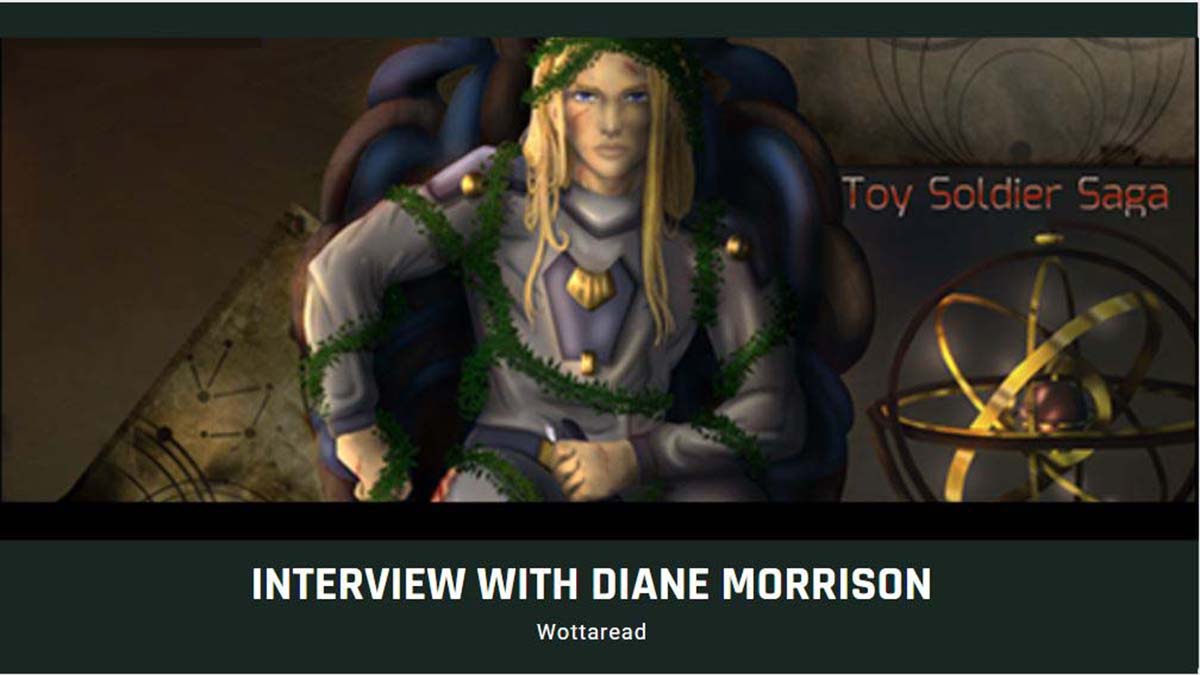 Hi there Wottareaders! here’s my interview with Diane Morrison, let’s get to know her better! also don’t miss her new book A Few Good Elves.

I hate “tell us about yourself” questions, which I suppose tells you something… I’m an introvert who’s good at pretending I’m an extrovert. I’m a Twitch streamer and podcaster as well as a writer, and I moonlight as a filk singer from time to time. I like all things nerdy. I’m an old school RPG player and game master, I’m a space nerd… all that stuff. I’ve been writing since my grade one teacher let me tell stories instead of doing a daily journal. I just became a member of SFWA, the Science Fiction and Fantasy Writers of America, who are the folks who give out the Nebula awards. I have three cats, two of which were strays adopted by our old rescue amputee kitty. And I have two life partners, a soldier and a sailor.

One book, one song, and one videogame?

Book: Watership Down by Richard Adams (seriously underrated, and you get something different out of it every time – I read it every ten years to take stock of my life).

Videogame: I haven’t played videogames in many years because I spend too much time writing and I suck at them, although I like watching the cutscene movies on YouTube. I’ll say Star Wars: The Old Republic, since that was the last one I played regularly.

“She squared her shoulders.” – If I’m defined by anything in my life, it’s my determination to conquer the challenges I face, no matter the odds or the pain.

Just to do some. Life can be chaotic, and you never know what it will bring you, so I take it as it comes. I think a lot of writers worry too much about daily word counts. NaNoWriMo is the only time that should matter. If you keep writing, eventually the book gets written.

Nah, that wouldn’t be fair. I can be scathing in my critiques.

Tell us about your book, A Few Good Elves, what do you think is the most interesting aspect of it?

Imagine all the tropes of space opera science fiction: star empires, spaceships, aliens, ship battles… only imagine that all of it is done with magic and Age of Sail technology. Imagine all the tropes of high fantasy: epic military battles, elves vs. orcs, mages slinging spells at once another… only imagine it’s all in space. It’s also a war story, but it’s about the people rather than the action (although there’s no shortage of that.) I think it manages to straddle this seemingly contradictory balance, too.

I’m in the final edits for book 2 of the Toy Soldier Saga, To Know Your Enemy; and I’m doing a rewrite of book 3, working title Brothers in Arms. I’m also working on some short stories for magazine submissions.

Hope you enjoyed this interview! Also, if you like fantasy here you have all The Dwarves books in order, a high fantasy story narrating the story of a dwarf that was raised by humans.