In Warhammer Fantasy, aside from humans, there are lots of other races such as elves, dwarfs, orcs, goblins, skavens or ogres, among other creatures. If you want to know where to start with the Warhammer Fantasy books you’ll find these suggestions to be the most fitting for you depending on your favorite faction.

Warhammer is a world of Magic with great lore. All these factions have great heroes and commanders who have proved they were worth to lead their armies and were able to crush their enemies.  As a result, lots of books have been written about the universe of Warhammer Fantasy.

It is true that there are lots of novels which center on different characters. In this post you will find the Warhammer fantasy books in order for each of this series. And yes, the Gotrex and Felix books are included here, of course they are!

These are the best Warhammer Fantasy novels for each faction:

The Chronicles of Malus Darkblade books by Dan Abnett and Mike Lee: one of the best Warhammer fantasy books

Here you have all Malus Dark Blade books, if you want to get any of these you only have to click on their cover (link opens in a new tab and takes you to Amazon): 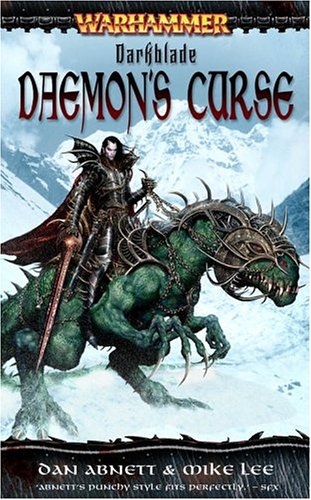 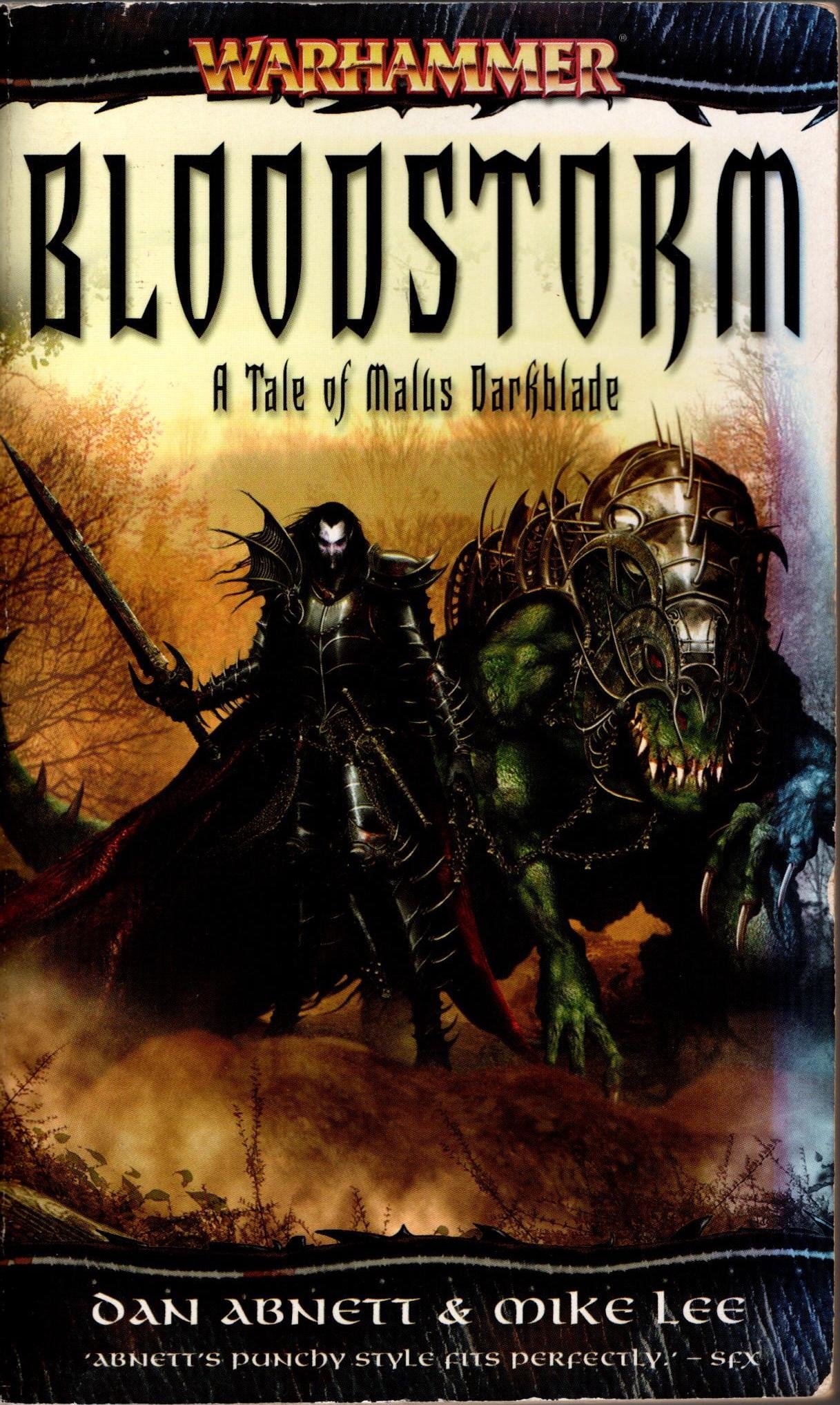 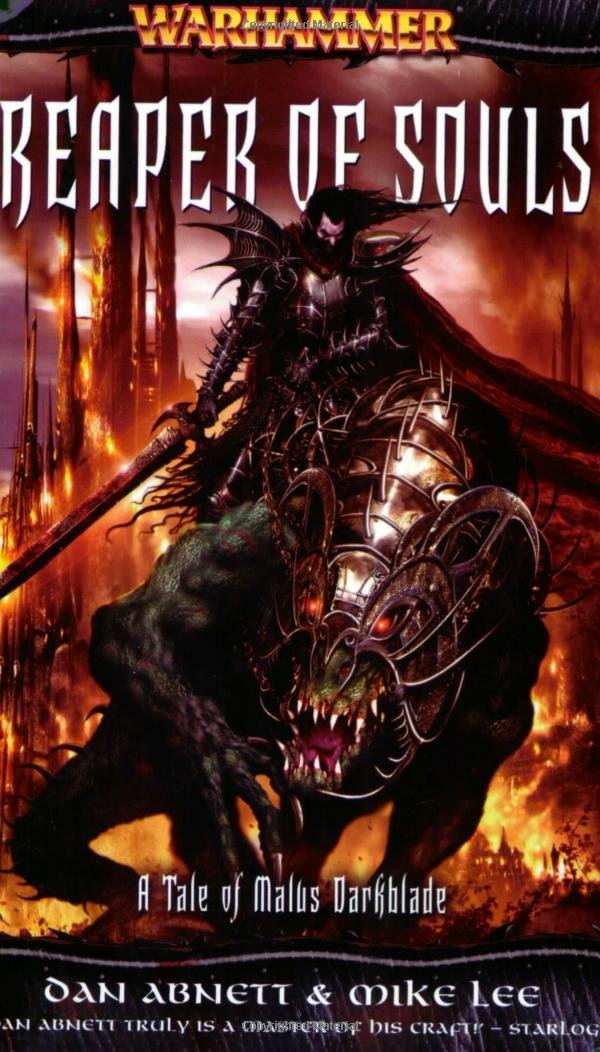 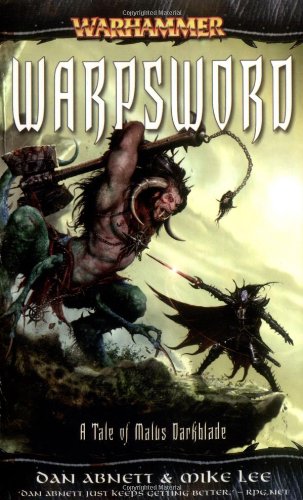 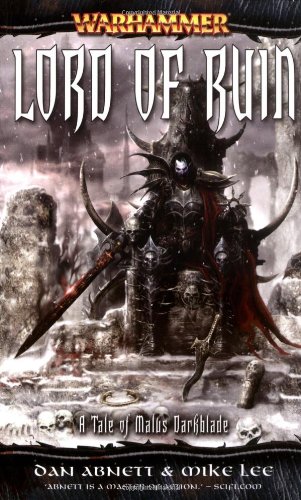 This series tells the story of Malus Dark Blade, a dark elf possessed by the daemon Tz’arkan, Malus Darkblade is an evil elf, even for the dark elves standards, which is a lot to say. The Malus Darblade books are one of the most popular series of Warhammer Fantasy, so make sure you read them. 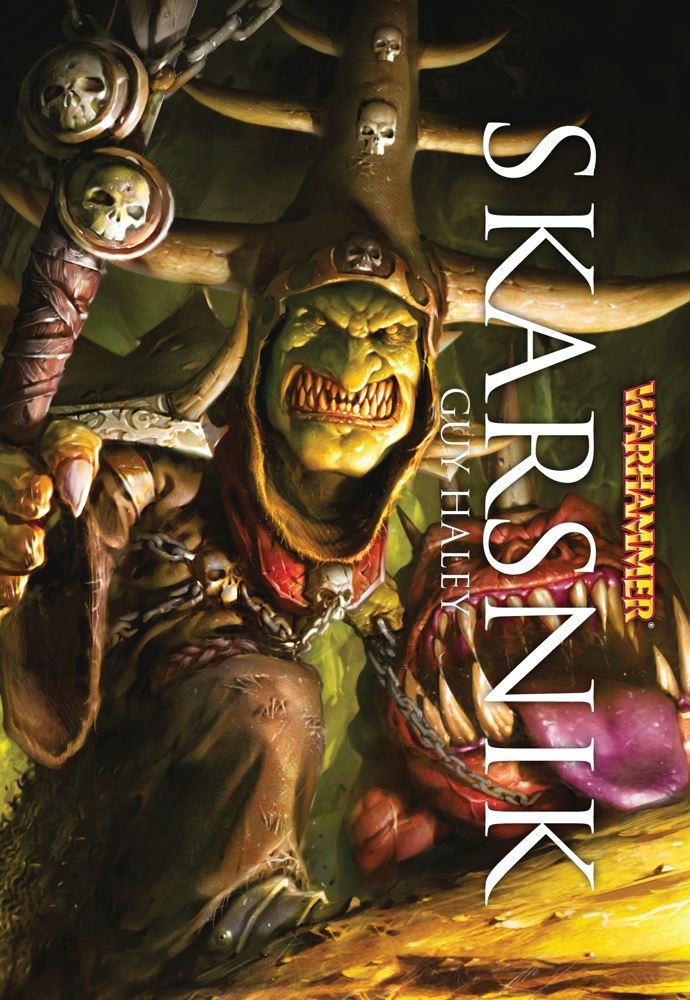 This book narrates the story of Skarsnik, one of the greatest goblin chieftains of all time. Skarsnik, along with his inseparable squig companion Gobla, will threaten the border of the Empire leading his massive greenskin army. In this novel, Guy Haley will tell us how this humble goblin born in Karak Eight Peaks plotted and schemed until he not only became a warlord but a legend.

If you don’t know where to start with the Warhammer Fantasy books then this standalone novel might be a good start.

The Blackhearts series  by Nathan Long

You can get all the novels for this faction by getting this Warhammer Blackhearts Omnibus: 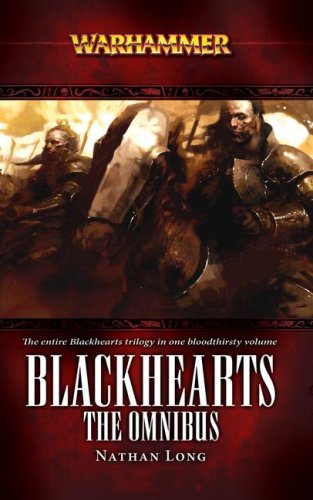 When you are about to be executed, volunteering for a suicide mission in order to recover an ancient relic doesn’t sound like a bad deal compared to the gallows. Led by Captain Reine, this band of criminals will have to face demons, dark elves, skavens and fight for their life with honor. For The Empire! 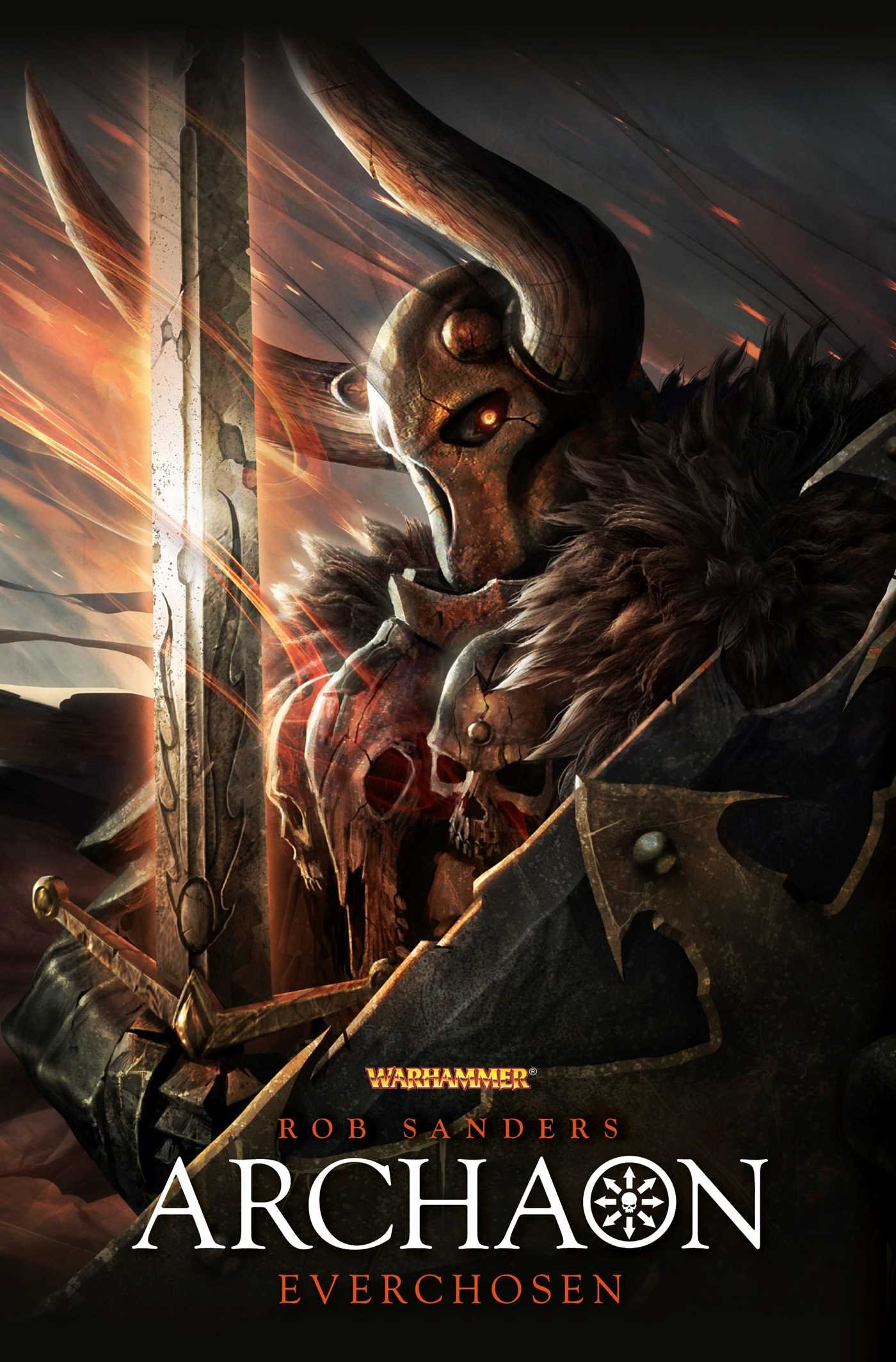 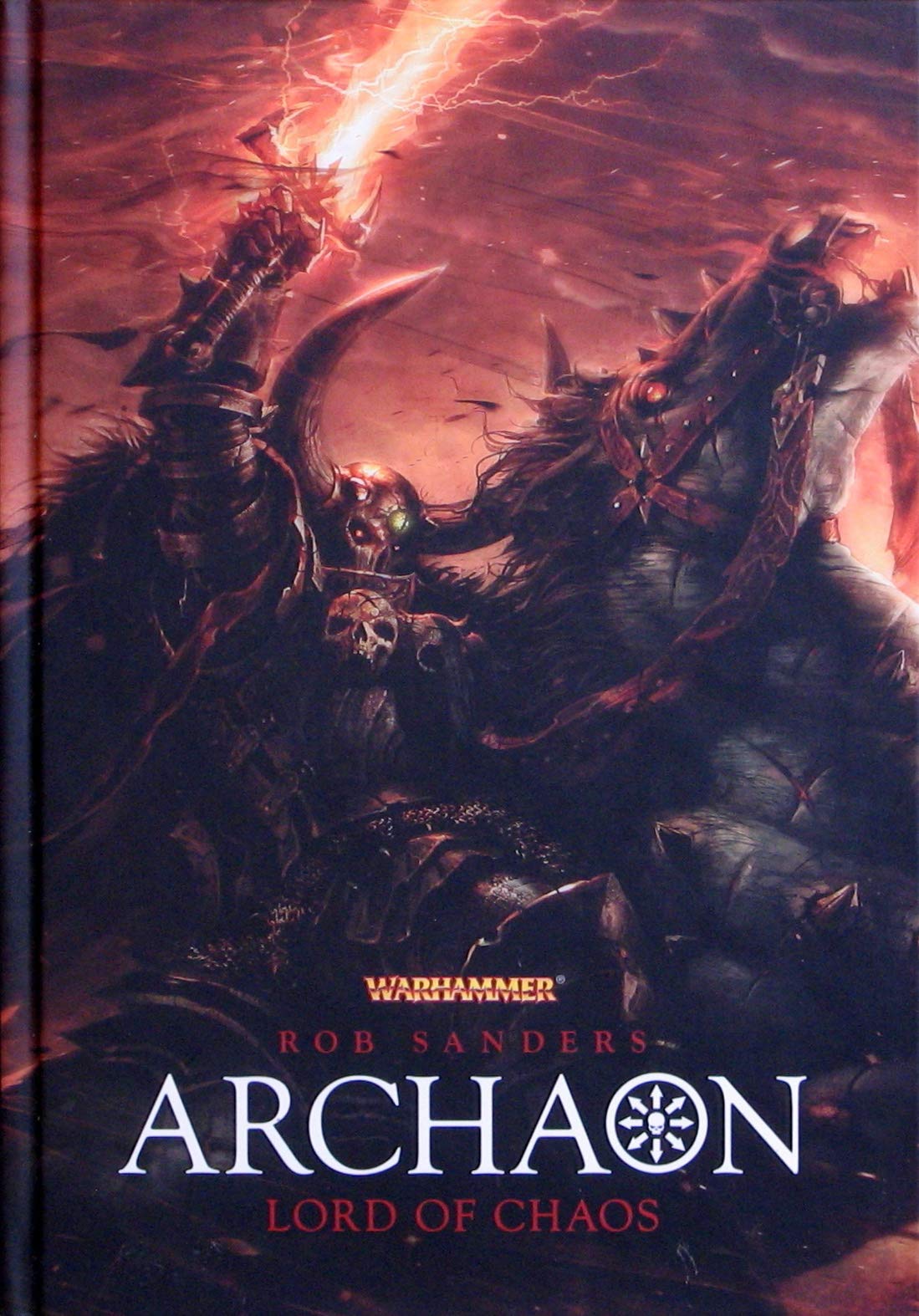 Lord of The end Times

Everchosen tells the origins of the Chaos warlord with the same title, Archaon, Three-Eyed King and Lord of the End Time chaos. In the northern wastes, Archaon gathers his army, the Followers of Chaos, waiting for the moment to strike the final blow.

Gotrex and Felix books by William King and Nathan Long: one of the best Warhammer Fantasy series ever

Main factions: Dwarves and The Empire.

Here you have the reading order for the Gotrex and Felix books: 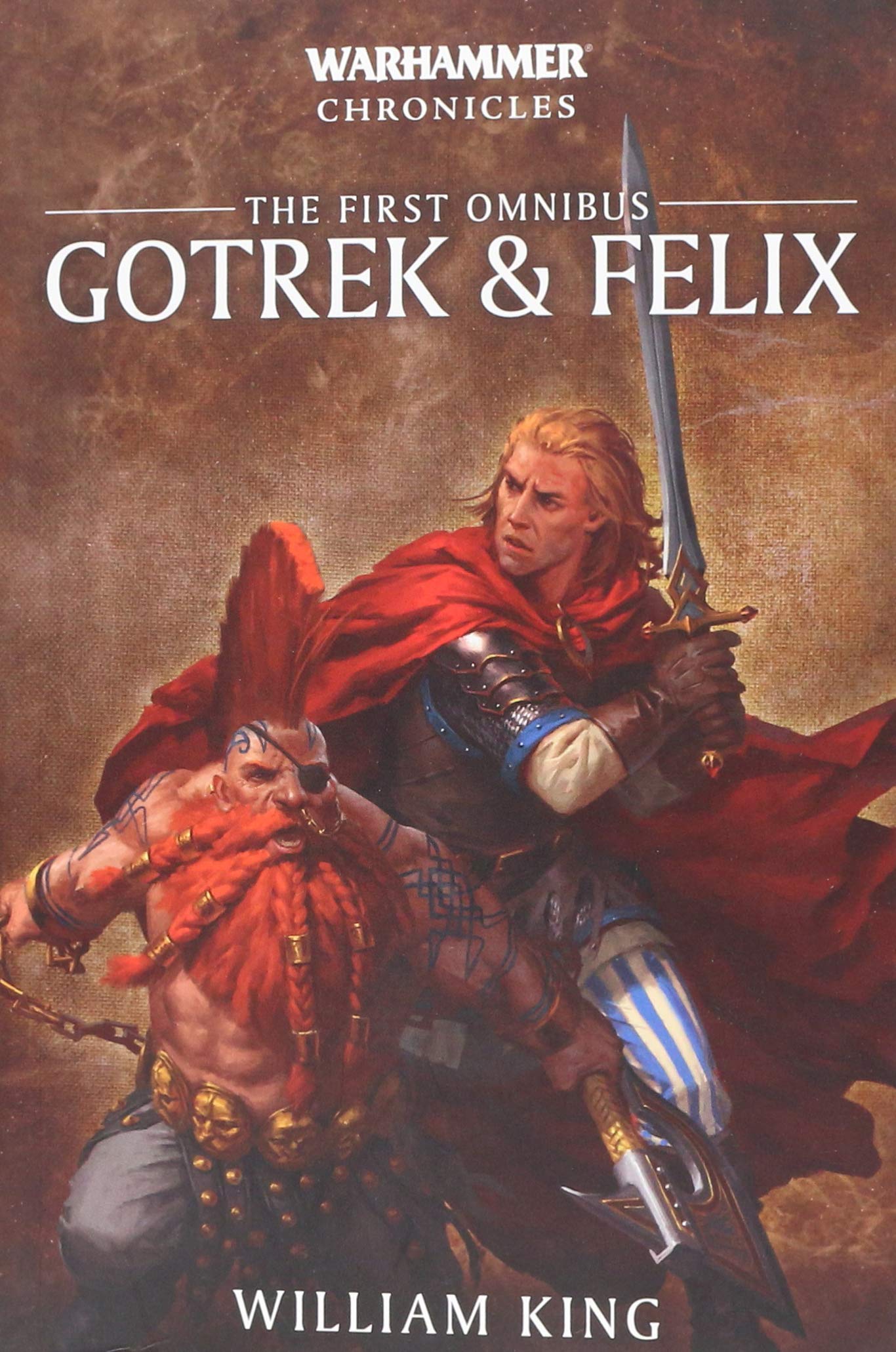 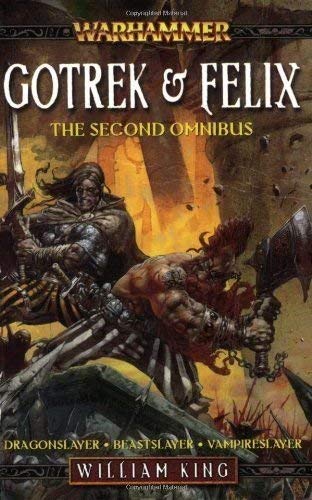 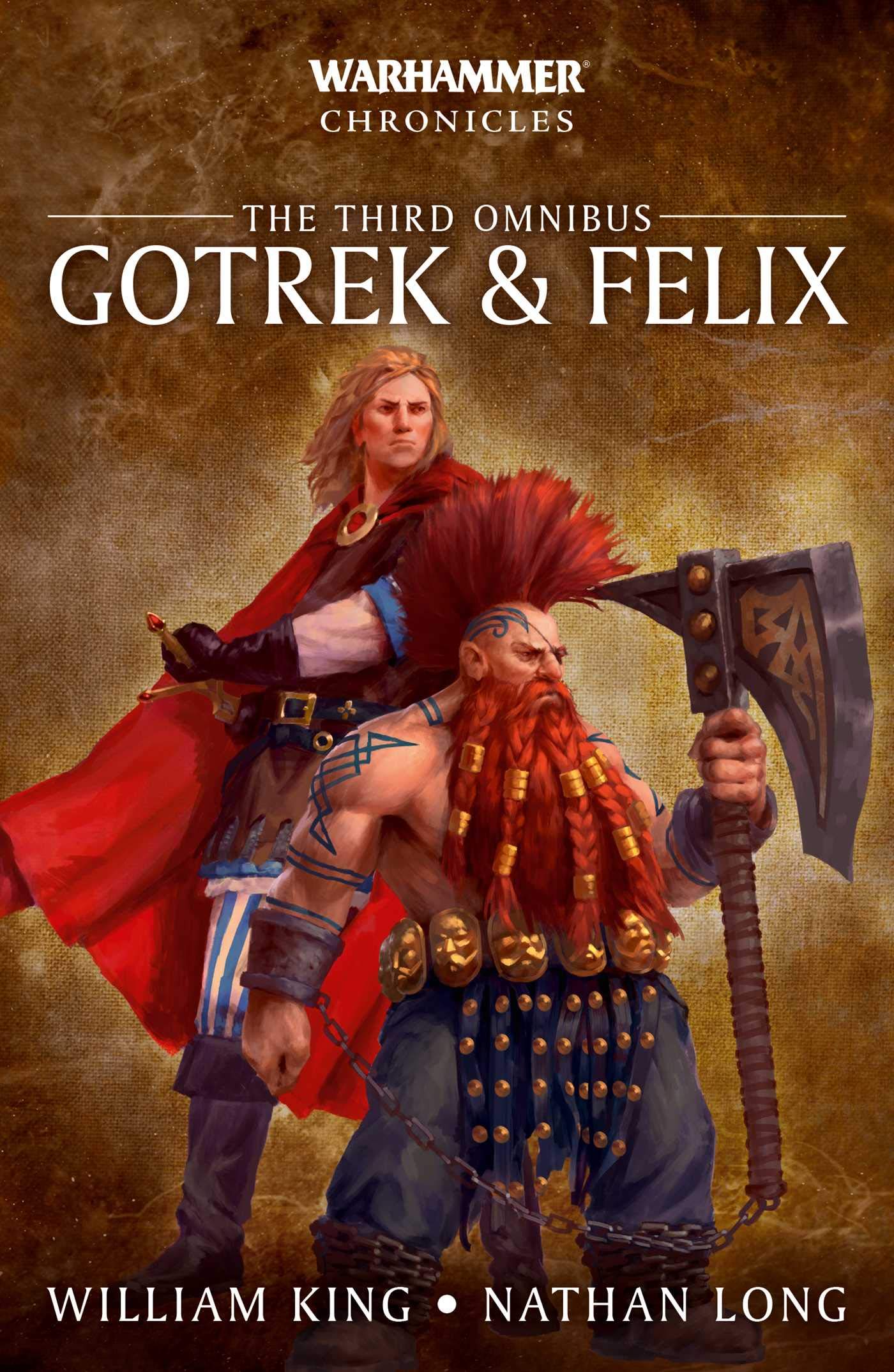 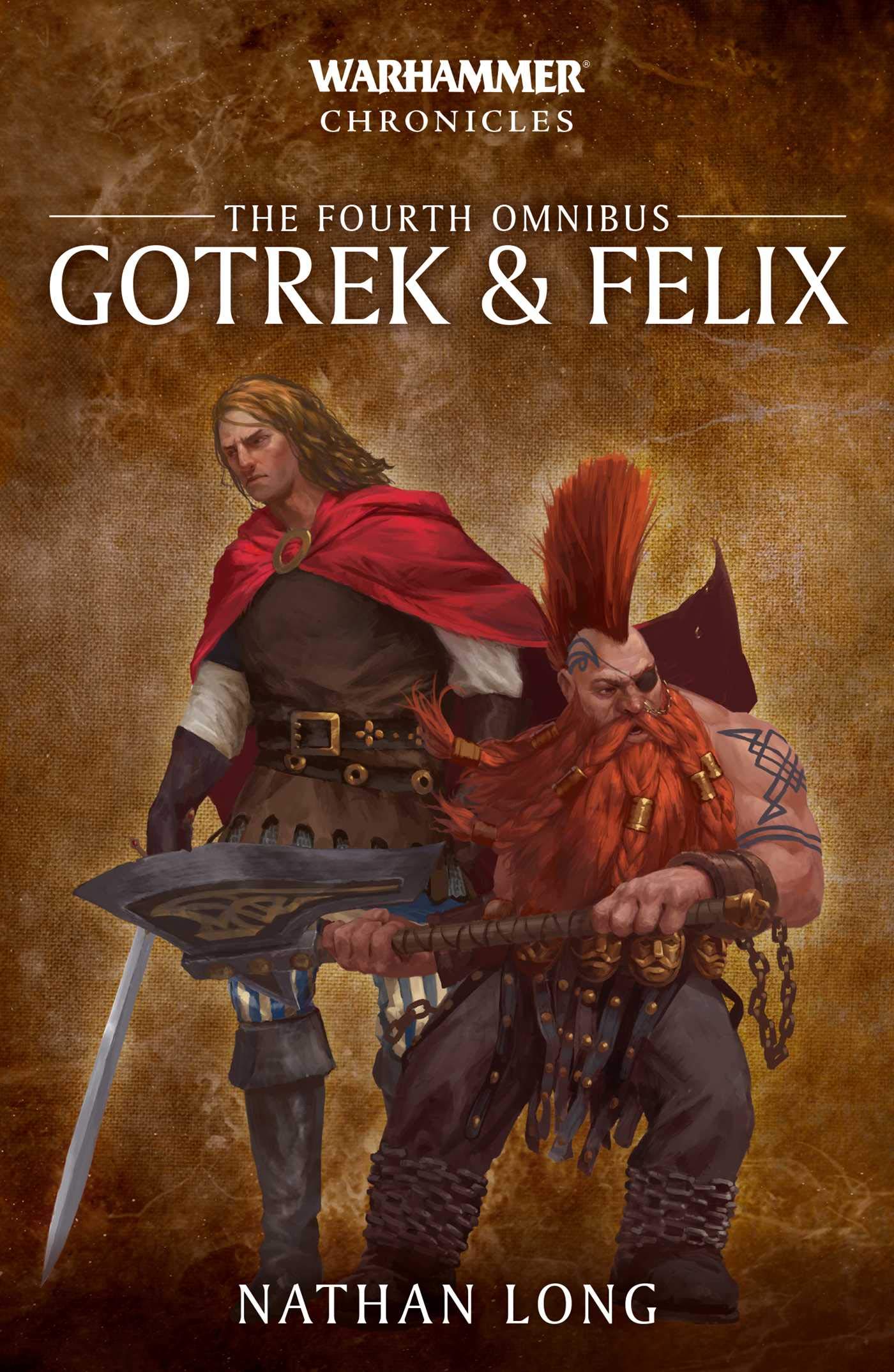 The Gotrek and Felix series is the most popular Warhammer Fantasy sagas. As the title says, this series tells the story of Gotrex Gurnisson, a Dwarf who took the slayer’s oath, and Felix Jaeger, a human who swore to follow Gotrek after the dwarf saved his life. Together they will travel along the Old World seeking death.

If you want the novels individually,here goes the warhammer books in order for the Gotrek and Felix series: 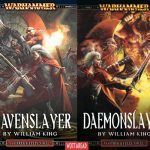 Gotrek and Felix novels in order

The Legend of Sigmar by Graham McNeill

This Legend Sigmar’s Omnibus collects all the books in this series: 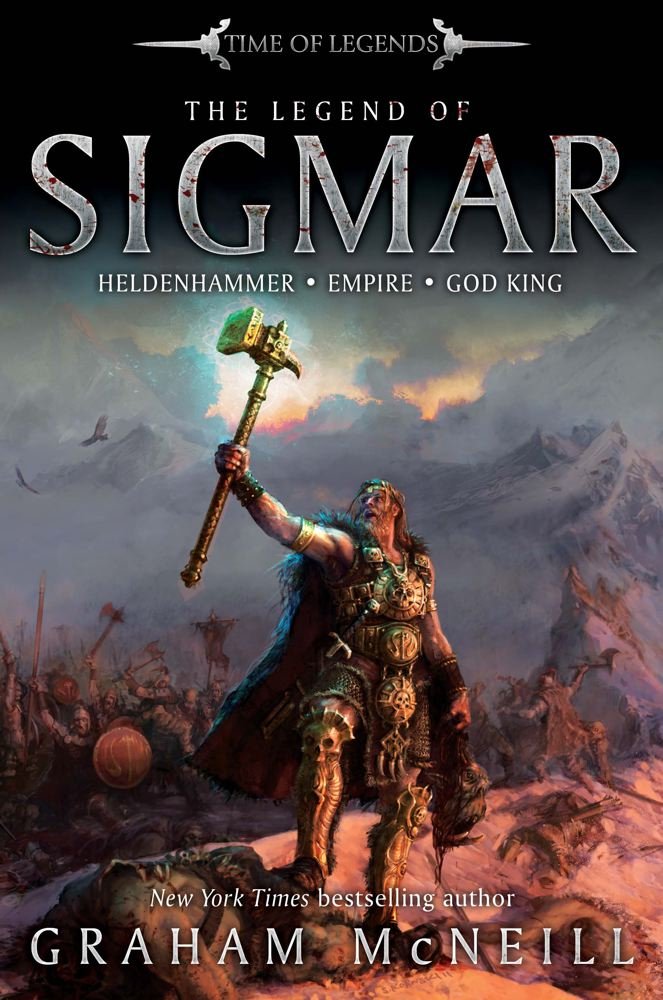 Sigmar is the god of the Empire of men. This man was raised to lead men, unifying all the 12 tribes of men eventually becoming what is known as The Empire. Here Sigmar reigned for what it was a prosperous fifteen years.

This series narrates the tales of the mighty hero Sigmar Heldenhammer, as he faces the hordes of orcs, battles the undying forces of Nagash and the forces of Chaos. This is the story of a king, an emperor and a god. The story of Sigmar.

If you want to get them separatedly, here you have the book order for this Warhammer Fantasy series: 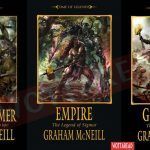 The Legend of Sigmar novels

Rise of Nagash by Mike Lee 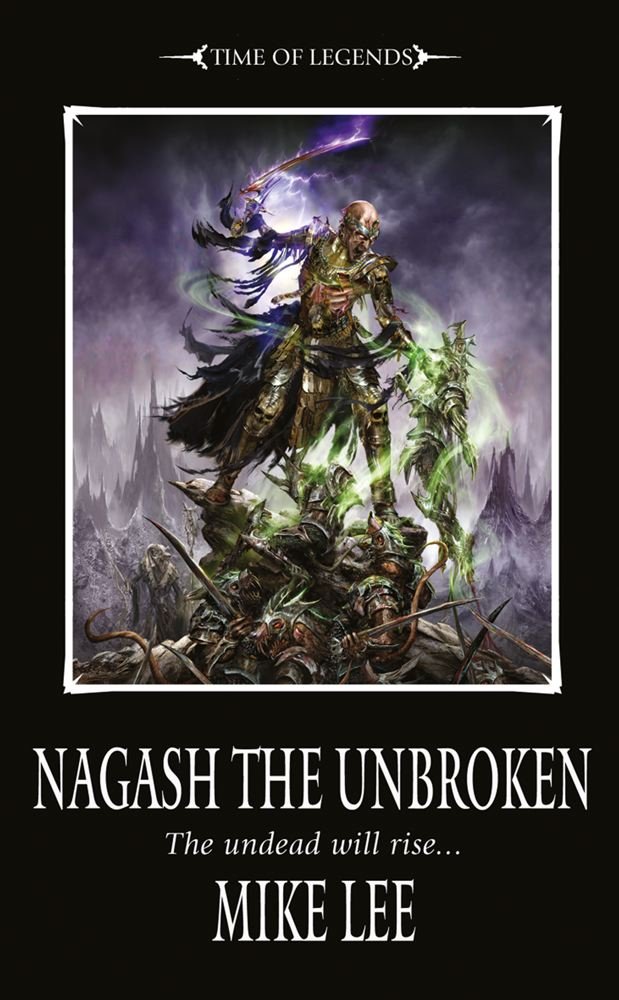 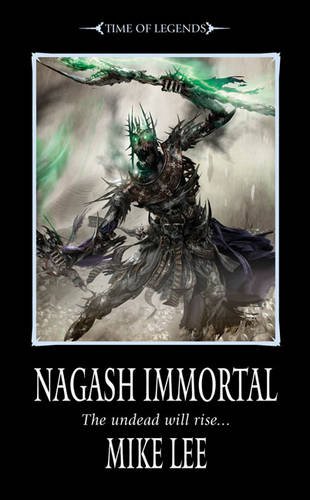 Nagash,  previously a mere priest of Kemhri, now the supreme lord of death. Will embark upon a quest for immortality which will lead to war and conflict. One of the most powerful wizards of all time, he will seek power and will face the empire he was supposed to protect: Nehekkara, Khemri’s capital and home of Settra the Imperishable.

You can get this omnibus with all the Warhammer fantasy novels for this series: 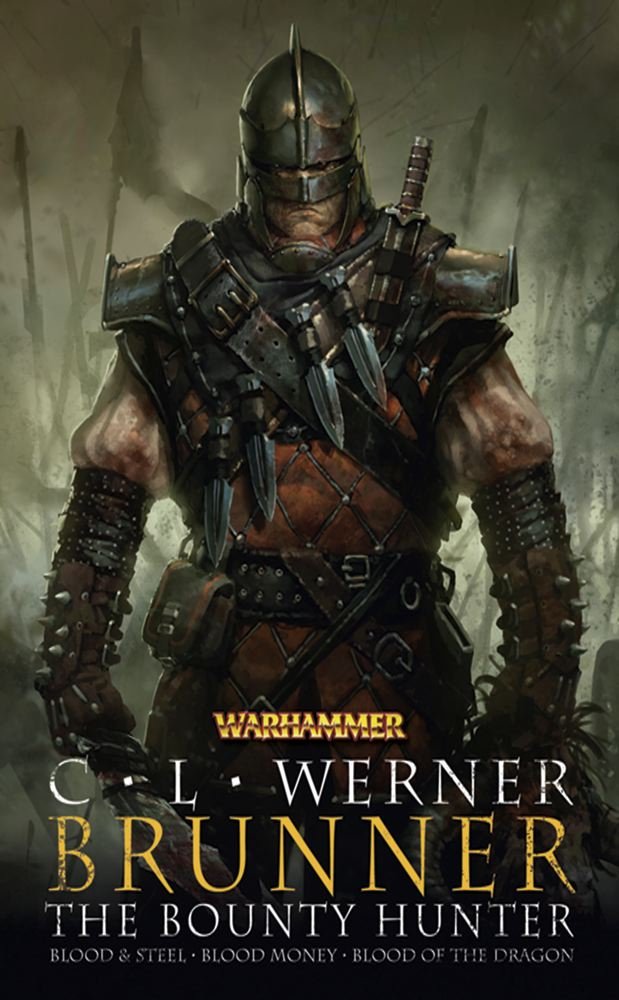 Brunner is a bounty hunter with no heart, he will fulfill his mission no matter what. There’s no honor in his life, as a mercenary, only gold matters. During his journey he will have to survive the encounters of ogres, dragons, vampires. One of those stories that show the grim dark face of the Warhammer Fantasy world.

If you want to get the novels individually, here goes the series order for these Warhammer books: 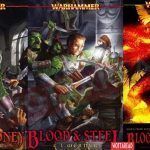 You can get this omnibus with all the Warhammer fantasy novels for this series: 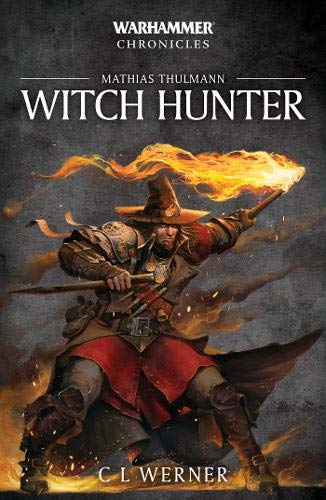 Witch Hunters are individuals known for their dedication and zeal against evil and corruption. Mathias Thulmann is a man of action, in this stories his witch hunter will seek the destruction of evil and dark power in the cities of The Empire.

If you want to get these novels individually here you have the book order for this Warhammer Fantasy series: 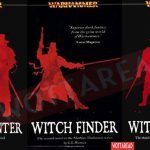 The Sundering by Gav Thorpe

This series tells the story of Malekith, the king of the Dark Elves, the one that divided the race of elves forever. Gav Thorpe will narrate the elves history through the eyes of Malekith, showing us how a civil war will be the beginning of the sundering of the elven race. This book will tell you how the dark elves and the high elves were created.

In which order should I read The Sundering? 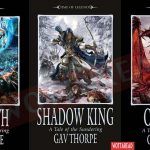 How to read The Sundering 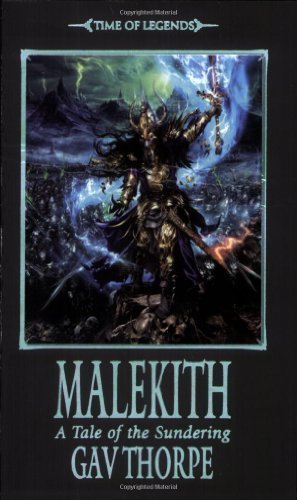 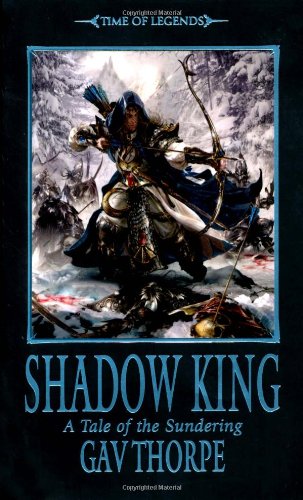 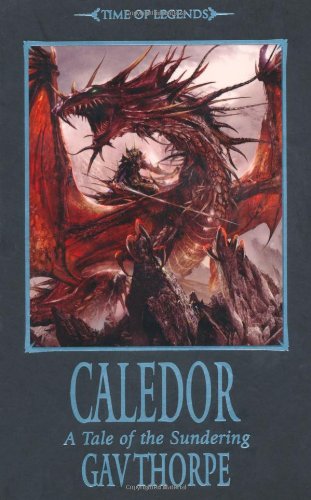 This series center on these elven twins. The first a fearsome warrior, the second a powerful sorcerer. The Tyrion & Teclis books narrate the story of these two mighty heroes along with different scenarios such as the jungles of  Lustria  (home of the Lizardmen) or the kingdom of Calendor, where they will have to face no other than the leader of the Dark Elves, Malekith.

Riders of the Dead by Dan Abnett.

The Burning Shore by Rober Earl.

Champions of Chaos by Ben Counter.

Most ot these novels are under Games Workshop’s publishing arm, the Black Library. Warhammer Fantasy books are written by diverse authors, therefore the quality of these novels might vary a lot. That’s why we are here.

As you might have guessed, this wargame is influenced by J.R.R Tolkien’s worldbuilding, something usual since Tolkien is the father of modern Fantasy: This is How Tolkien influenced the fantasy genre.

Here you have a lot of Warhammer fantasy novels to enjoy. Elves, goblins, the Empire, Bretonia… which is your favorite Warhammer army? tell us!