But in this post there’s way more than telling you the reading order for this series, because we actually found the best book set to get all the Lightbringer books, and we’ll also recommend you other series that we are confident you’ll enjoy as well.

The Lighbringer series in order by Wrent Weeks

In case you want to know the proper reading order for this series, I recommend you read the Lightbringer in publication order. There is a total of five volumes, the last one, The Burning White, was published on October 22, 2019. 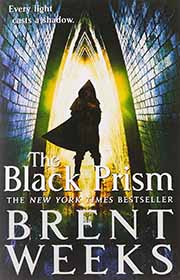 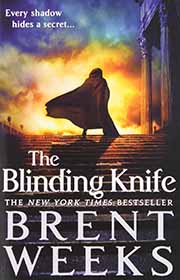 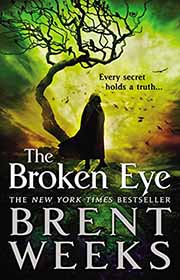 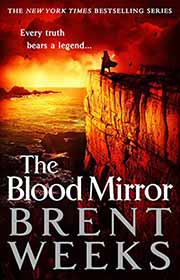 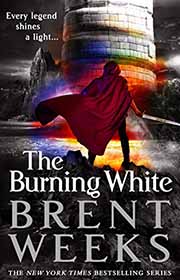 If you want to get the complete collection, then this Lightbringer set is the perfect choice for you. It collects the five volumes in the series:

Now that you know the Lightbringer’s series order, check out these similar books

This series is quite long, but it’s also addictive, so once you start with The Black Prism you won’t be able to stop reading it. You’ll keep turning pages until you devour the complete Lightbringer series. And then what? then you’ll crave for more fantasy adventure with great fictional and colorful settings, If you like Brent Week’s books, then you should take a look at these other series, since they have a similar tone:

The Way of Kings: Book One of the Stormlight...
See Offer & reviews

Do you like twisted retellings of known fantasy tales? then here’s our post with the Lunar Chronicles reading order,a series in which we’ll meet some of the post popular characters in popular culture (such as Snow White) but whose story will be told quite differently. It’s a really fun approach so make sure you don’t miss it.

What is the Lightbringer series about?

Lightbringer narrates the story of ‘Prism’ Gavin Guile, the most powerful person in the world, as he fights against an uprising by a self-proclaimed king. In this series, the magic system is called Chromaturgy, this type of magic is used by the so-called drafters, they being able to convert the colors of light into a substance called Luxin.

This fantasy was concluded not long ago. The last volume in the series,The Burning white, was released in August 2019. The author, Brent Weeks, posted on Twitter some info about the title, it was a picture of a manuscript with 1,420 manuscript pages!

A List with all Brent Week’s books: the Lightbringer series order

Here you have a handful list with all the Lightbringer books in publication order: 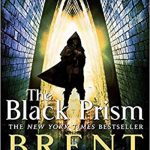 This series is concluded, yay! it might sound like a stupid thing to be excited about, but given that there’s so many popular book series nowadays that seem to never be finished we believe it’s great to tell you that you will be able to read this story from its beginning to its end.

Also, there is no alternative reading order for the Ligthbringer series and so far there are no plans for any sequel or prequel, however, if there’s any news we’ll update this post.

Aso, if you like suspense then take a look at the Pendergast books in order .

Hope you enjoy reading this series. Did you find this reading order for the Lightbringer useful? have you already read Brent Weeks’ books? did you like them? leave a comment now telling us!