We have the reading order of The Boys so you can enjoy this superb graphic novel series by author Garth Ennis. You’ll probably know these comics thanks to Amazon’s adaptation, which makes a great job bringing to life this antihero story.

This is a great series if you’d enjoy a different approach to superhero stories. Gory, daring, and foul-mouthed. Join this gang of anti-heroes to take down Vought. Will The Homelander let them? uh, that’s for you to discover.

This series is concluded, so you can enjoy the story at its full. Here you have all The Boys’ books in order: 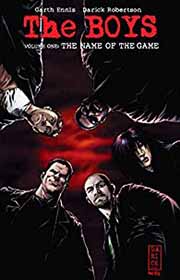 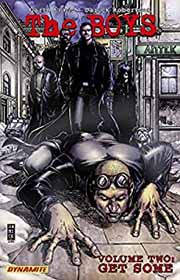 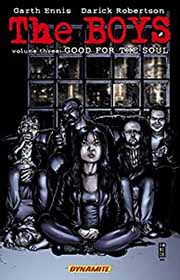 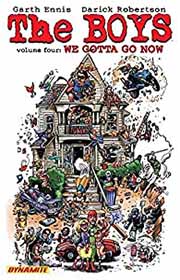 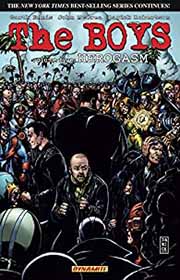 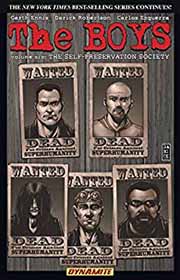 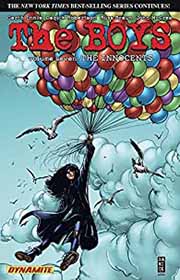 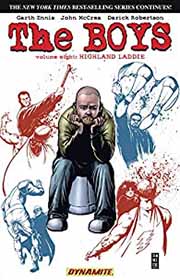 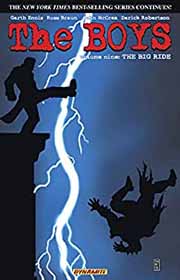 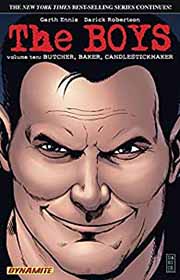 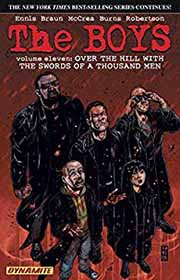 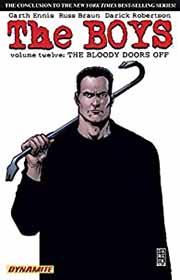 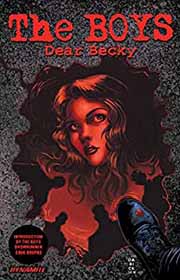 Volume 12 is the last in the series, however, there is an epilogue; a story that takes place 12 years after the original series. While we won’t say much to not spoil it, we can reveal that it’s a story about the past, one that Hughie didn’t knew about, and which could affect his life drastically.

IF you enjoy The Boys comics then you will really enjoy the following suggestions:

Do you love comic books? then we have great news! this reading order of the Boys series is the first one of a new line of guides that we are about to launch. From now on, Wottaread will be also the place the visit when it comes to knowing the best order of your favorite comic franchises!

To celebrate, here you have The Dark Tower comics reading order, another guide in which you will find all the graphic novels of this adaptation of Stephen King’s appraised fantasy series.

A successful take on superhero tales

The superhero content has been so overexploited that part of the audience frown upon new attempts to join what you could call a saturated market. With so many comic stories produced by both Marvel and DC comics, it is hard to believe that any other competitors would dare try to get a bit of their audience’s attention.

However, The Boys graphic novels by Garth Ennis are great proof that with a great plot and a different approach there are still many superhero stories to tell. What makes this story different? we are used to heroes being good-hearted, pristine in their behavior, etc… this series show is precisely a satire of that, a team of superheroes who seem to be perfect when they are on camera, but who happen to be despicable beings in their daily lives.

Because of the atrocities some of the superheroes have done, comes an alliance to stop them once and for all. Hughie saw her girlfriend die in front of his eyes, just because a speedster hero was heavily drugged. His life will change when he meets William Butcher, who will ask him to join his team, his plan? to take down Vought, the company that leads the superhero industry.

A list with the reading order of The Boys graphic novels

Here’s a list collecting all the comics in The Boys series. As we said, the story is concluded. But, who knows? the tv show is being so successful that it’s not hard to believe that there will be any sort of sequel, or maybe a spin-off? would you love that? leave a comment and tell us.

Also, if you have already started watching the tv adaptation, you’ll be able to tell that it must be coming to an end. However, maybe they extend the show by writing a different story that is not loyal to the comic books? we’ll see! 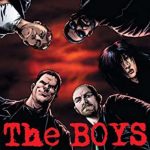 We recommend these graphic novels to children over twelve years old, there are a lot of gore scenes, some sex, and a massive amount of violence. There’s actually a lot of explicit content, so bear that in mind before reading the graphic novels (the same goes to its Prime Video series adaptation).

Regarding the show, it is undeniable that the cast has done a great job making all these amazing characters come to life. Antony Starr as The Homelander is worth mentioning, his acting is so good that people really hate him. But remember, you can hate the character but, please, don’t hate the actor! that just means he’s just amazing at his job!

Has this The Boys reading order been helpful to you? leave a comment and tell us if you have watched Amazon’s adaptation already.