Discover this thrilling adventure with magical swords, kingdoms in a similar setting to The Last Airbender, politics… and a giant.

This YA Fantasy story was released in January 2020 and has more than 130 reviews already, with a 4.6 ⭐ rating. You can get this book in paperback, Kindle, and it’s also available on Kindle Unlimited. 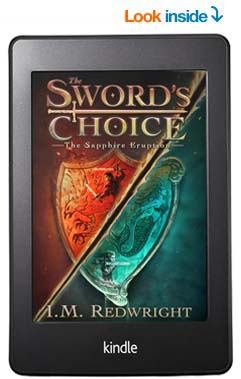 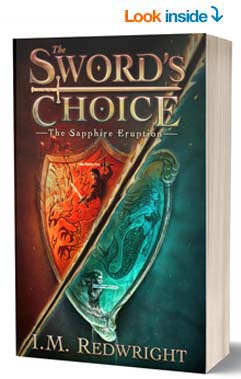 But once a year, the skies burn red. Upon this day, the Fire Kingdom’s priests perform their ritual: each newborn’s palm is lacerated, opened with a sacred sword, for Firia’s next ruler will be seen to shed no blood.

Long ago, Noakhail had been driven from the Fire Kingdom as an infant—forced to escape with his noble father. They’d wanted to kill him simply because he was next in line for the crown . . .

Now, Noakhail has grown, and the swordsman won’t give up until he claims the throne and his birthright. But pure resolve may not be enough. He first must face grave danger as he cuts across the four kingdoms with his fire sword.

Meanwhile, Princess Vienne is mistreated by her elder sisters. Shy and soft-spoken, she couldn’t be more unsuitable to rule the Queendom of Water. Alas, the Aqua Deus can be capricious, and the fates aren’t clear. Vienne will have to prove that she is capable of mastering the sacred water sword if she should hope to reign with pride.

Unbeknownst to Noakhail and Vienne, their tales run parallel . . . and only one result can lie ahead: a ruthless battle.