It is time for you to know which are the best gifts for a Game of Thrones fan. Get your sword and your shield, now follow me.

What are the best Game of Thrones gifts?

Anyway, what if you have a birthday party or you just want to make a present? If the receiver is a GOT fan, then you need the best Game of Thrones gifts, you can’t fail! so let’s put it easy for you.

Here are the best gifts for a Game of Thrones fan. You will find the link for every product in case you’d like to purchase it, of course before buying take a look at the alternatives since here only one example is shown, so there may be other alternatives that might be cheaper or might be a better choice for what you are exactly looking for.

Ready for the best Game of Thrones gifts ever seen?

Hand of The King Pin Brooch Replica: surely among the best gifts for a Game of Thrones fan 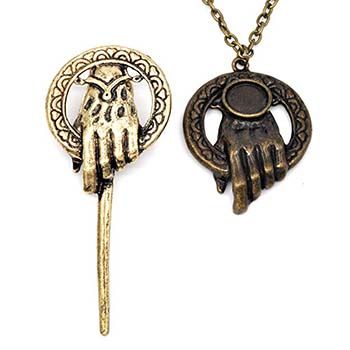 Hand of The King

Those who carried this Brooch before didn’t have the best of lucks, even so, this brooch represents one of the most powerful positions in the Seven Kingdoms. Do you want to become the Hand of the King? beware the dangers of the palace.

“What’s the line? ‘The King shits, and the Hand wipes.'” Jaime Lannister 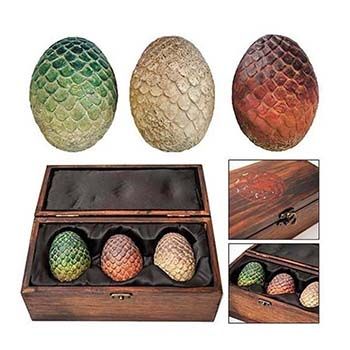 Want to feel like the mother/father of dragons? Then no better gift than this Egg collectible set. While this set is smaller than the ones shown in the show and also they might not hatch either, who knows? If you want your own dragon army then this is only the beginning. Remember the magic word “Dracarys!” 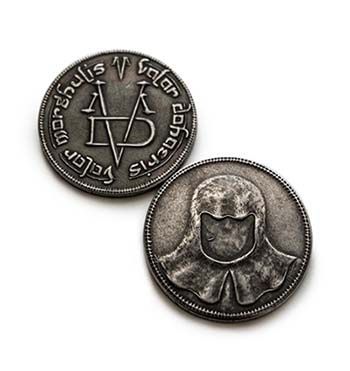 In the books, as in the tv series, Jaqen H’ghar gave this black iron coin to Arya. Use this coin wisely and become one of the Faceless men, this bravoshi piece of iron could save your life someday. A simple yet cool present, this is why it’s one of the best Game of Thrones gifts.

Arya crossed her arms against her chest. “Valar morghulis,” she said, as loud as if she’d known what it meant.
“Valar dohaeris,” he replied, touching his brow with two fingers. “Of course you shall have a cabin.” 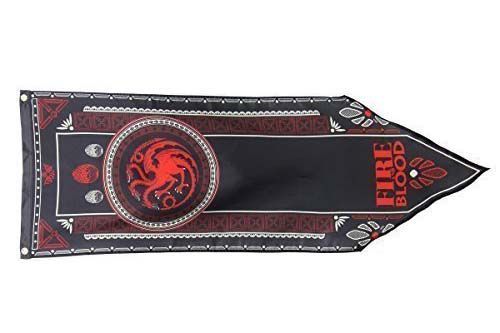 Do you know his/her favorite House? The banners are a great choice as a present. Here you have House Targaryen’s tournament banner, which looks both impressive and threatening.

With their house words being “Fire and Blood” this banner couldn’t represent better such philosophy. Speaking about Targaryens, have you already read the prequel of Game of Thrones? A novel that displays Westeros when the Targaryens reigned the Seven Kingdoms and dragons ruled the sky: Fire and Blood the last book by George R.R Martin.

What if George RR Martin dies before he finishes Game of Thrones?

This series has a lot of famous swords, one of the most relevant being Longclaw, the sword carried by Jon Snow after Jorha Mormont gave it to him. Here you have a letter opener in the shape of Longclaw, a less dangerous Game of Thrones gift than a blade…

Did you want a real sword? Then no problem, a replica of Longclaw can be bought and it was already shown in this article: Nine must have items for a fantasy novel fan.

The lands of Westeros are vast and dangerous, this is the continent where most of the action of these novels takes place. At its right, separated by the Narrow Sea, stands Essos, where the Nine Free cities are located.

In this map replica, you will be able to explore in deepness all the secrets of these two continents.

Hope you liked this list of the best Game of Thrones gifts, which did you choose? with such epic birthday gifts, they will love you forever!

1 Comment on "These are the best Game of Thrones gifts"