Hello there Wottareaders! I know what you are thinking, is the title wrong? how can I.M Redwright suggest not to read Game of Thrones when he’s all day suggesting books and sagas to read? has he gone crazy? I’m afraid not, the title is right: This is why you shouldn’t read A Song of Ice and Fire (Game of Thrones). Or at least, not yet 😊.

A song of Ice and Fire is already a success. I don’t mean it’s a bestseller saga, no, it is a social media phenomenon. People love Game of Thrones, so much that some even name their children as some of the most popular characters. And I don’t mean they name their kids Jon or Robb, which they may too, but the most popular GOT names are the most exotic, names such as Aria or Khaleesi. A brief pause here, how can Khaleesi, which is actually a title, be a more popular name than Daenerys? whatever. If you don’t believe it, just check this article .

With the upcoming season 8 of Game of Thrones this tv show is coming to its end, and then comes the following question: what about the books?

The novel: A song of Ice and Fire

Let’s not forget that this tv show is actually a movie adaptation of the novels. Or at least it was until season five, but now, the last season is about to be released (April 14, 2019, for those who didn’t know) while the next book in the series, Winds of Winter, has not even a release date. This is why I said in a previous article, that George R.R Martin could have published his prequel, Fire & Blood, after publishing Winds of Winter and A Dream of Spring, the last two volumes of this saga, which someday (maybe?) will have a release date.

True, George R.R Martin stated that the last books were going to be 1.500 pages long each, which is fairly long even for his standards. It is totally understandable that the writer takes his time to finish his manuscript, his story has a lot of characters and subplots and he wants everything to fit in. Of course, it is his story and he can take all the time he needs and wants, that is out of the question.

Having said that, just take a look at these terrifying release dates and you will understand why you shouldn’t read A Song of Ice and Fire, at least not for now:

You see it don’t you? no? let me help, 5 years from A storm of Swords to A Feast for Crows, 6 years from this one to A Dance with Dragons. See the progression? now, if you do the maths, you might expect The Winds of Winter to be released seven years after, which would be 2018. But that did not happen, George R.R Martin didn’t publish Winds of… wait, wait for a second, we are forgetting something, didn’t he publish a book recently? 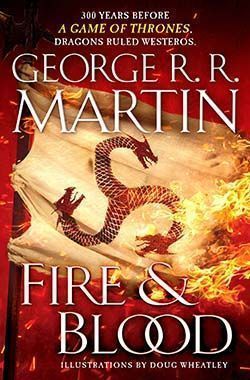 2018! exactly! is the author doing it on purpose? don’t think so, but somehow, consciously or not, the progression is working.  Do you realize what this means? with such formula we don’t need to wonder anymore when the two remaining books are going to be published, we already know the answer! I’ll do the numbers for you:

We just hacked A song of Ice of Fire publishing dates! here you go, this is why you shouldn’t read this saga unless you don’t mind to read the last book in 2035 but that is, of course, your choice.

By the way, if you want to start reading A Song of Ice and Fire here you have the proper reading order to start this epic fantasy saga:

How to read A Song of Ice and Fire

Now that Game of Thrones tv series has ended you might want to start reading A Song of Ice and Fire, the original epic fantasy series that inspired the drama television series Game of Thrones. You might not be happy about how season 8 ended, so why not revisit the Seven Kingdoms through the books? If you want to know how to read A Song of Ice and fire, here you will find the answer.

I don’t think A Song of Ice and Fire needs to be introduced, even so here’s a small summary: ASOIAF is an epic fantasy series written by the American author George R.R Martin. This saga shows a grim and dark world, the main action taking place in the Continent of Westeros and Essos, in an interwoven story told from the point of view of different characters. A Song of Ice covers revenge, drama, fantastical creatures including dragons, medieval noble houses, war, politics and so much more.

In what order should I read A Song of Ice and Fire?

In case you are considering the proper order for this series,  I recommend you reading them in published order. A Song of Ice and Fire consists of seven books. Unfortunately, two of them have not been published yet (and don’t have a publishing date either).

Here you go, this is the best order to read A Song of Ice and Fire: 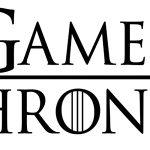 How to read A song of Ice and Fire

Here you go. ASOIAF is a really entertaining saga. For those who watched the tv series and haven’t read the books, you will be surprised to know that some of the characters that get killed in the tv adaptation are still alive in the books and according to George R.R Martin not all of them will die as it happens in the adaptation. Who knows? maybe even the ending will be different?

Hope you enjoyed this article, let’s hope George R.R Martin’s progression is not a real thing, please not, I am not watching the tv show until the books are released and I don’t want to wait until 2035. Please make a reboot if that happens.