Wottaread
To the Big Screen 50 Comments

Will there be Eragon 2? let’s find out!

Ever wondere what happened to the Eragon film series? An adaptation of the first novel of The Inheritance Cycle,  a young adult high fantasy series written by American author Christopher Paolini. However, there was never a sequel, Eragon 2 never saw the light. Why did the Eragon movie fail? let’s find out.

Aren’t you sad you’ll never know what happened on the Eragon 2 movie?

If you loved the first movie, you will probably want to know how Eragon’s story progresses. For this, we recommend you to read the books, they are awesome, way better than the movie in fact. Here you have them all: 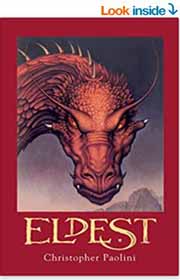 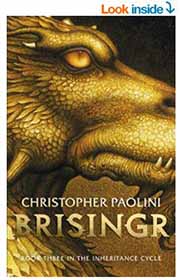 The novels focus on the adventures of a teenage boy named Eragon and his dragon, Saphira, as they struggle to overthrow the evil king Galbatorix.  Set in the fictional world of Alagaësia. It’s a book series that has sold over 33.5 million copies worldwide.

But in this article, we are not going to focus on The Inheritance Cycle but on the movie adaptations. A lot of questions to be answered, will there be Eragon 2? why were the sequels not released? or why did Eragon film fail? it’s time to answer all those questions

If you want to start reading the books so you can know how this series ends you can take a look at this post with the Eragon series in order.

🎞️ A bit of info about the Eragon film

Eragon was released as a film in 2006, and was directed by Stefen Fangmeier. The main role was played by Ed Speleers, while the Eragon cast included major stars as  Jeremy Irons, Sienna Guillory, Robert Carlyle, Djimon Hounsou. Additionally, Rachel Weisz was the voice of Saphira.

Fox filmed Eragon in locations of Hungary and Slovakia and this movie was covering the events occurring in the first book of The Inheritance Cycle. The two next books in the series, Eldest and Brisingr, were going to be shooted back-to-back; however, as we all know, the Eragon sequels were not filmed.

The film had a budget of $100 million,  which is a standard amount for this kind of fantasy movies. The Eragon movie grossed a75 million in the USA and $173.9 million in the rest of the world,  grossing $249 million worldwide.

🐉 Will the Eragon 2 movie be released?

No, this planned franchise was canceled so there are no plans to release Eragon 2. Eragon’s sequels were already programmed but given the bad results of the first Eragon movie, they were not even filmed.

But, where the numbers of the Eragon film that bad? Looks like the movie managed to recoup its budget at least, they why there weren’t any Eragon sequels? Let’s go deeper.

🎥 Why did the Eragon film fail?

One of the reasons the movie failed is simple: Eragon film was significantly different from the original story. Was this well-received by the book fans and the critics? time for some reviews:

Tomatometer: 16%. So far the lowest score of all the movies we have analyzed.

Lots of aspects of the movie were the reason for its failure:

As said before, one of the main aspects, why this film flopped, was because the plot was drastically different from the book. This implied not showing major events of the books, excluding some races such as the dwarfs. Also, some minor issues that for some reasons were changed in the adaptation such as Sapphira’s scales being blue, Arya not looking like an elf…

The special effects were not good either, not for a movie released in 2006 at least. Let’s not forget that Jurassic Park was released more than a decade before Eragon and still the T-Rex looks way more real than Saphira.

As a result, the movie was not well received by both fans and critics and the sequels were canceled. True, the movie seemed to recoup its production budget, but let’s not forget marketing and distribution costs are not included in such numbers, so maybe such thing plus the bad reception made the producers made such a drastic decision as canceling Eragon films.

Will the Eragon movie be remade?

It has been speculated more than once that Eragon will have a reboot, Christopher Paolini was also asked about his thoughts to redo the Eragon movie and start a new franchise, these were his words:

If I knew, I’d tell you. Let’s just say there have been a few inklings of interest in Hollywood, but Hollywood being Hollywood, it could be a long time before we get a reboot. Or it could happen tomorrow.

Also, he said that if Eragon had a reboot he would retain some control over the direction of the movie:

You bet. I would write the script, produce, etc. (Assuming my other projects let me the time, of course.)

So, Is it possible that Eragon films will be rebooted? Seems so, but this will depend on Hollywood studios.

How does the author Christopher Paolini feel about the Eragon film?

Christopher Paolini said the following about his feelings regarding the film of Eragon:

“Heh. Well, I’m glad it was made, since so few books ever get made into movies, and it introduced millions of new readers to the Inheritance Cycle. That said, the movie reflects the studio and the director’s view of the story, whereas the books reflect mine, and everyone is free to enjoy them on their own merits.” See full answer in his blog.

Seems like we discovered the reason behind Eragon’s film failure! Do you want Eragon to be rebooted? comment and say hi! If you like to know about other movie adaptation that went wrong, check this post where we answer why did they stop making Percy Jackson movies .