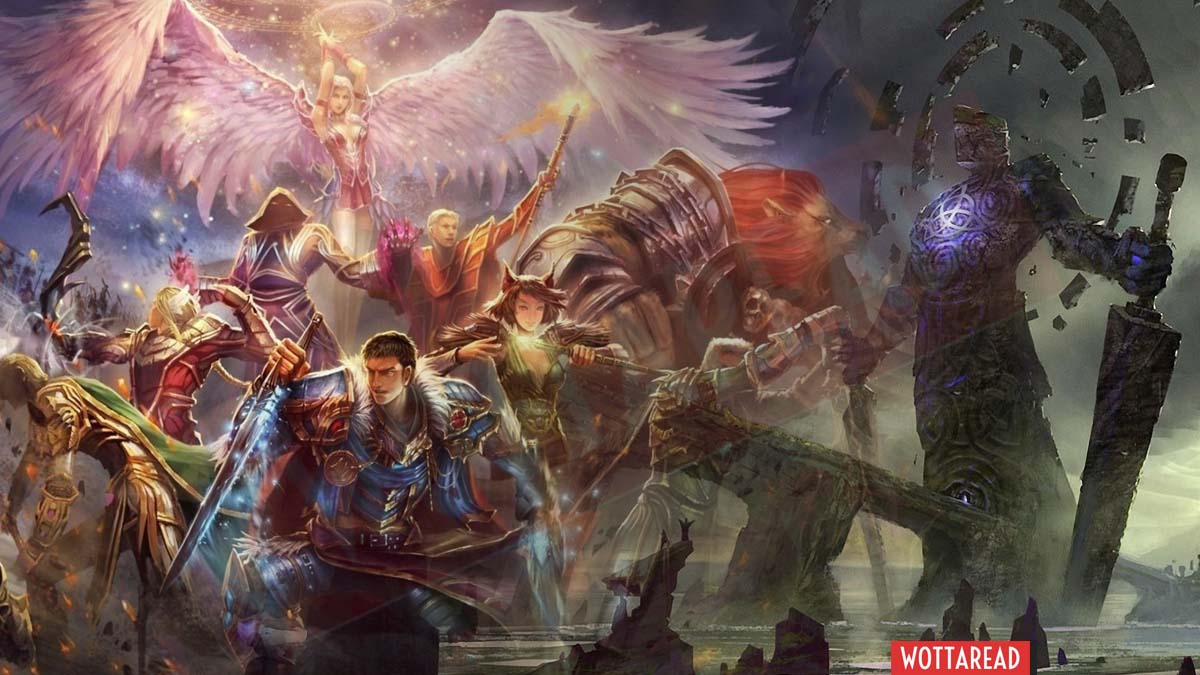 If you’re interested in a good vs. evil theme, you’ll enjoy our list, which includes the best high fantasy series and some fresh new recommendations.

High fantasy novels often have a good force fighting off evil. There might be a dark wizard or force trying to take over the world, and the hero or heroine has to protect these forces with their inner good. High fantasy books belong to a subgenre of fantasy, which either has an epic theme or plot. Created by Lloyd Alexander, high fantasy was born in 1971.

Let’s discuss some of the best high fantasy books that you can read in your book club.

Hopefully, you’ll love this list as much as we do. Let’s see those amazing high fantasy series:

Falling Kingdoms by Morgan Rhodes: a must in a list a high fantasy books

The Falling Kingdoms series is set in three kingdoms where magic is no longer a norm. Having lived in peace for some time, the rulers of the three kingdoms fight for power, and the lives of their people are brutally disturbed.

The Sapphire Eruption by I.M. Redwright: a high fantasy book by an indie author

Noakhail only has his fire sword to prove he is the heir to the Kingdom of Fire, but he knows he is not read to claim the throne, so he has decided to fight the dangers of the four kingdoms and fight the most powerful warriors and creatures.

Meanwhile, in the Queendom of Water, Vienne is a princess who is bullied by her older sisters, she is by far the least appropriate to govern (as her mother constanly reminds to her). But the Aqua Deus can be very capricious…

When Yelena is facing execution, she takes the alternate option; to become a food taster for the Commander for Ixia who fears assassination. She gets a room in the palace and gets to eat the best food, but the threats around her keep increasing.

The Lies of Locke Lamora by Scott Lynch

The Gentleman Bastard series follows Locke Lamora’s life as an orphan. After getting trained by a pro thief, he is able to fool even the most feared ruler of the crime world.

If you are seeking a great high fantasy series this one is a must read.

The Name of the Wind by Patrick Rothfuss

The first novel in The Kingkiller Chronicle series is narrated by Kvothe, a young man who grows to become the most infamous wizard in the world. He tells the story of his trouble-ridden youth, his time in the school of magic, and the years he spent as a fugitive.

Six of Crows by Leigh Bardugo

Ketterdam is a place for international trade where everything can be sold if the price is right. Kaz can become incredibly rich if he manages to pull off a heist, but he knows he cannot do it alone.

The Demon King by Cinda Williams

Fellsmarch is a mountain city where Han Alister will do every possible thing to make a living for his family. He does have one thing of value, silver cuffs on his wrist, but can’t take them off. However, he is aware of them being magical as they grow with him.

In the Old Kingdom, Free Magic is common. Sabriel was sent away to boarding school as a young child, so he doesn’t know about any of this. However, he has to come home during his final semester, after his father goes missing.

There you had it, lots of different high fantasy series for you to enjoy. Also, you can take a look at this list with books like Avatar the Last Airbender, if you liked Aang’s tv series then you will love those ones.

Do you know any high fantasy novels that you think should be a must in this list? then it is as easy as leaving aa comment or using the contact form to send us your suggestions.