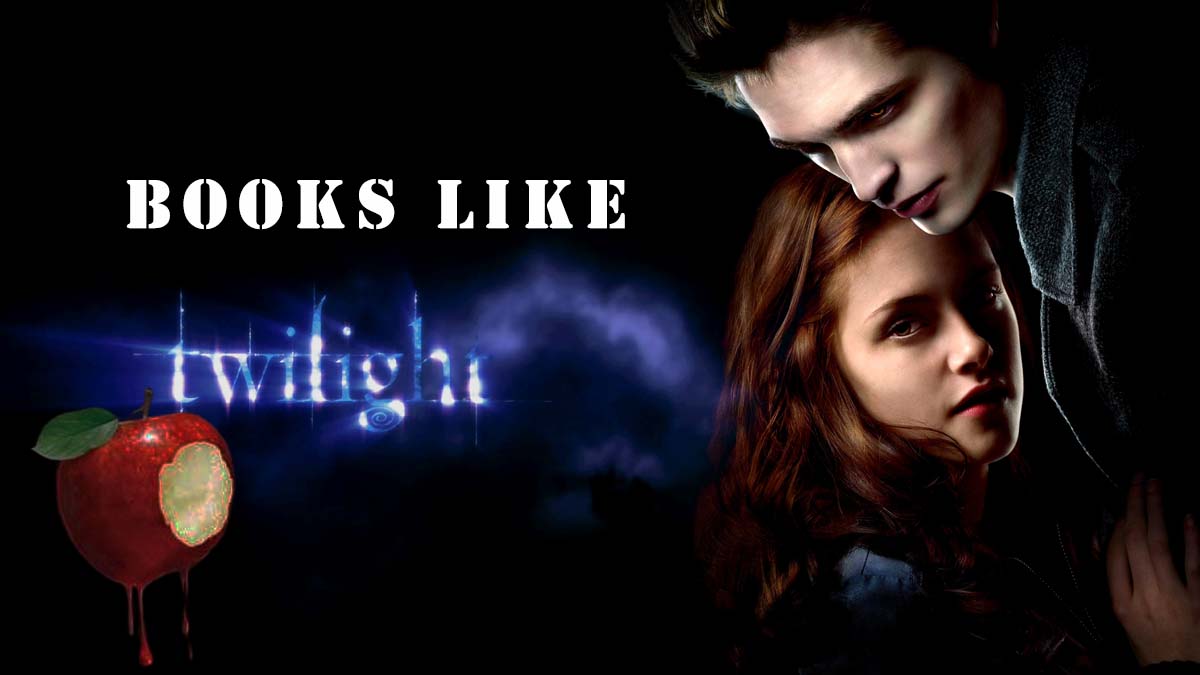 Struggling to find books like Twilight? Twilight in the first book in Stephanie’s Meyer’s Twilight saga, which has sold millions of copies worldwide. The books have been made into movies starring Robert Pattinson and Kristen Stewart. If you liked the chemistry between a human and vampire, you’d also fancy other books like Twilight. If you think the romance story between Bella and Edward is unique don’t keep reading because here you will find a list with books similar to Twilight.

Many books about vampires have been written ever since the world was introduced to Dracula. However, not all of these books grip you in the same way as Twilight. In this article, we’ll introduce you to some of the best books like Twilight.

Understanding the series to give you the best books like Twilight

Twilight tells the story of Bella Swan, who moves in with her father to start high school in Forks, Washington. What she doesn’t know is that the town is known to be inhabited by werewolves and vampires. At school, she meets Edward Cullen, who is a vampire, just like the rest of his family. Bella also has a friend named Jacob, who turns into a werewolf when he comes of age. What initially starts as a love story between Bella and Edward turns into a love triangle, and we learn more about the vampire and werewolf way of life in Forks.

Since the Twilight’s fandom was huge, we thought that people would still want to read more similar books to the Twilight series. So, we have put together books series like Twilight that you can read to learn about vampires through the perspective of different authors.

Enjoy this list, and don’t forget to let us know which book was your favorite.

Interview with the Vampire is Louis’ story, told by him, of immortal life. He talks about Lestat converted him into a vampire and how he was unwillingly thrust into this immortal way of life.

Dinner with a Vampire by Abigail Gibbs: an essential when it comes to books similar to Twilight

Dinner with a Vampire is the first novel in The Dark Heroine series that tells the story of Violet Lee, who is born in London. A powerful family of vampires, the Vams, kidnap her; thus, her story begins. Along with her, Kaspar Varn, the successor to the Vam Throne, also tells the story from his perspective.

The Selection by Kiera Cass: because not all the books like Twilight have vampires

In a future world, where the cast system divides the elite from the common-born, 35 girls compete to marry the One and live a life of luxury and splendor. While most of the recomendations in this list are actually vampire books like twilight this one is an exception, despite this, you will find the plot of this story quite similar to Stephanie Meyer’s series.

In case you want to start this series here you have a post with The Selection books in order.

Shiver tells the story of werewolves, with Sam Roth and Grace Brisbane being the protagonists and their different views on converting more people and finding a cure.

Grace is a 17-year old who falls in love with an age-old vampire who is devoid of any feelings.

Rose Hathaway is half-human half-vampire, and her best friend, Lisa, is the princess of peaceful vampires. Throughout the novel, Rose trains to become Lisa’s guardian, protecting her from enemies inside and outside the academy.

Blue Bloods are a family of old and wealthy vampires living amidst New York’s elite, and Schuyler Van Alen, a student at Duchesne private school, wants to know their secrets.

If you liked this list you can take a look at this other one with books like Game of Thrones.

Which of the these series will you start reading? leave a comment now telling us which one you chose to read!