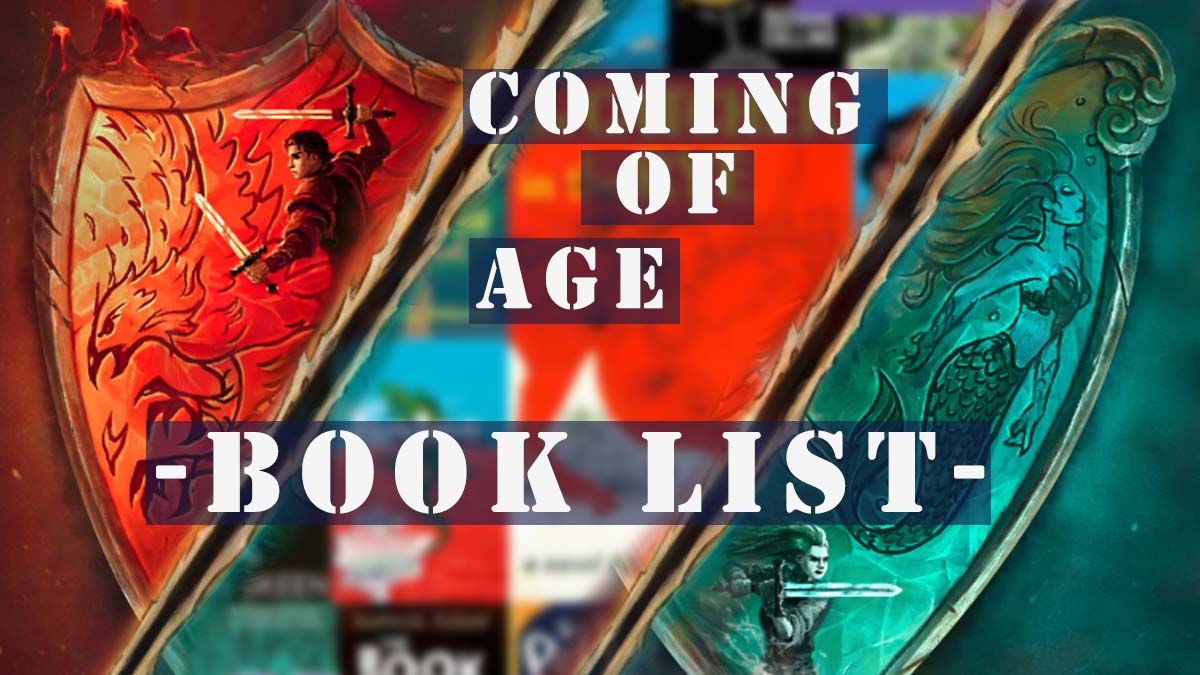 Comings of age books end up changing your perspective on growing up. As you get older, a lot starts to change. People around you are growing up too, and your best friend from primary school might be a cheerleader now while the boy you went to summer camp with is ignoring you for no reason. When you’re going through this time, why not read some of the best coming of age books to learn from other’s experiences and tales? sounds fun, isn’t it?

In this article, we’ll discuss the best coming of age books for adults and teens, that you can read if you’re going through the same age or you want to read some light stories.

Best coming of age books, what are these?

So, what exactly is coming of age books? These novels tell stories of people who have become adults and are dealing with new issues that they never had as children. While most of these novels have protagonists dealing with high school drama, some authors take a spin on the traditional coming of age stories and throw in a spice of supernatural.

You’ll find the best coming of age books in this article from different authors, set in different times. Also, you will find some suggestions in the list that might not be considered the best (at least not yet, who knows), despite this, these novels will be a great addition to your reading list for sure, it’s not all about reading the most popular books you know?

We hope you enjoy this list, if any of these novels catch your attention you can click on their cover, the link will take you to Amazon (it opens in a new tab):

To Kill a Mocking Bird by Harper Lee: one of the best coming of age books for adults

A classic, To Kill a Mocking Bird, is set in a Southern town back in the 1960s when racism is still rampant. Scout lives with her father and brother in a town where a white woman accuses a black man of sexual assault. A story of love, humor, kindness, and innocence, this book will teach you more about living life than any other.

This is definitely one of the best coming of age books ever, so do yourself a favor and read it.

The Sword’s Choice by I.M Redwright: and indie coming of age book

Noakhail lived happily with his father, he didn’t suspect anything about his true self. Now, being mature enough, it is time to know: he is the heir to the Kingdom of Fire, and he has one of the sacred swords of fire to prove it.

However, being exiled as he is, it will be hard for him to claim the throne. So he will decide to face the most powerful enemies in the four kingdoms before meeting his destiny.

The Kite Runner by Khalid Hosseini

The Kite Runner tells the story of a friendship between a rich boy and his servant’s son. Set in Afghanistan, the novel paints stories of betrayal and sacrifice that are bound to stay with you for a long time.

The Book Thief by Markus Zusak

Liesel loves books, so much so that she picks up one from her brother’s graveside. Then, she steals books from any place she can find them while trying to stay alive with her foster family in the basement during the Nazi rule of Germany.

When Anne Shirley comes to the Green Gables from the orphanage, she doesn’t want to leave. She wishes to be Anne of the Green Gables, but her temper and hotheadedness make things difficult.

The Harry Potter Series: probably one of the best coming of age fantasy books for teens

Harry Potter is a wizard, although he doesn’t know it for the first 11 years of his life. Living in misery with his aunt, he is relieved to find about the wizarding world where he belongs. However, his troubles are not over as the wizard who killed his parents is slowly regaining power and wants to kill him too.

Considered one of the best coming of age fantasy books, so popular that you might have read this series already. If you want to read this series here goes the post you need Harry Potter reading order.

Mica High School is a place for ‘normal’ people, but things change when Stargirl arrives with her colorful clothes and loud music.

The Perks of Being a Wallflower by Stephen Chbosky

The Perks of Being a Wallflower
See Offer & reviews

Charlie is a freshman with plenty of questions, an unconventional way of thinking, and no friends. After befriending two seniors, he begins to deal with trauma from childhood sexual abuse and PTSD.

There you had it, lots of superb new novels and series to enjoy. You will probably like this another list with Young adult fantasy novels, check it out!