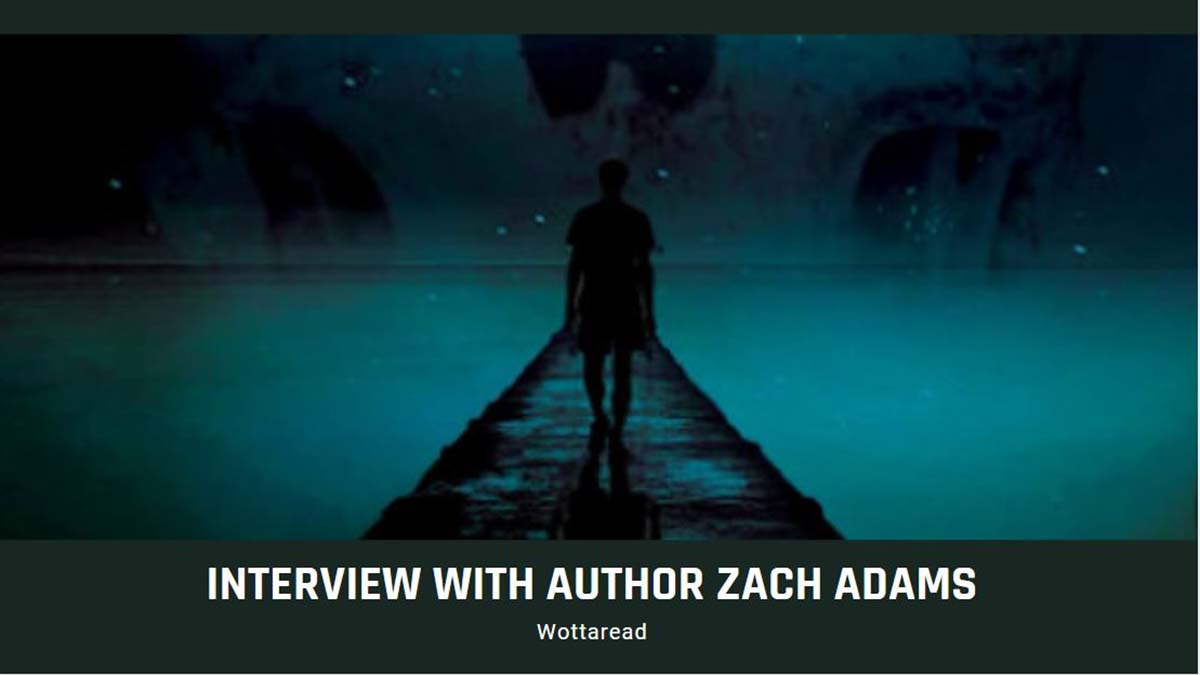 Hi there Wottareaders! here is my interview with author Zach Adams, who just released his debult novel, Dead Man Walking:

It’s possible that I’m nothing more than a figment of a deranged imagination.

Book: The Hitchhiker’s Guide to the Galaxy by Douglas Adams

Movie: The Princess Bride (though it was difficult not to say Office Space instead)

Song: D**k Around by Sparks, In Transition by Floater, or Anesthetize by Porcupine Tree

Game: This one is tough. Probably Kingdom Hearts 2, Final Fantasy X, or No Man’s Sky.

If you had to define yourself just using one sentence of your novels, which one would it be?

“’Everyone try to stay calm!’ He [Isaac Falcone] called out boldly (‘Calm, please, everyone, stay!’ He cried out in a mousy squeak.)”

When I’m actively working, it must be at the same time every morning, after the rest of my wake-up routine is over with. I need the room to be as dark as possible, or my eyes won’t stay on the computer screen. Headphones are necessary so that I can’t hear anyone trying to interrupt. Once I’m in place I just go until I hit the end of my attention span.

Most of my cast have borrowed certain traits from my various friends and relatives. There are only two characters so far who are 100% based on a specific person with no other influences.

Chatting with birds, raging against the concept of matched socks, and watching paint un-dry. I’ve also spent entirely too much energy on my time-travelling hobby, but I still have only managed to travel forward one second at a time.

Tell us about your book, Dead Man Walking, what do you think is the most interesting aspect of it?

A lot of fantasy stories follow a protagonist who is at least somewhat prepared to be the hero or has some sort of guide to get him there. I thought it would be more fun and relatable for my lead to be an average person who grew up reading those same stories and just wants to go home and keep doing so until their panic attack subsides, often overlooking what is happening around them in the process until they figure out how to save themselves. It all started when I asked myself ‘What if Arthur Dent was in the Dresden Files?’

I’m on a temporary book break while I work on an album with my songwriting partner Jon Valentine, which will serve as a soundtrack to Dead Man Walking. The plots for the next two entries in the Ivyverse are nearly worked out, but I have an unfortunate habit of operating on an ‘as I feel like it’ basis.