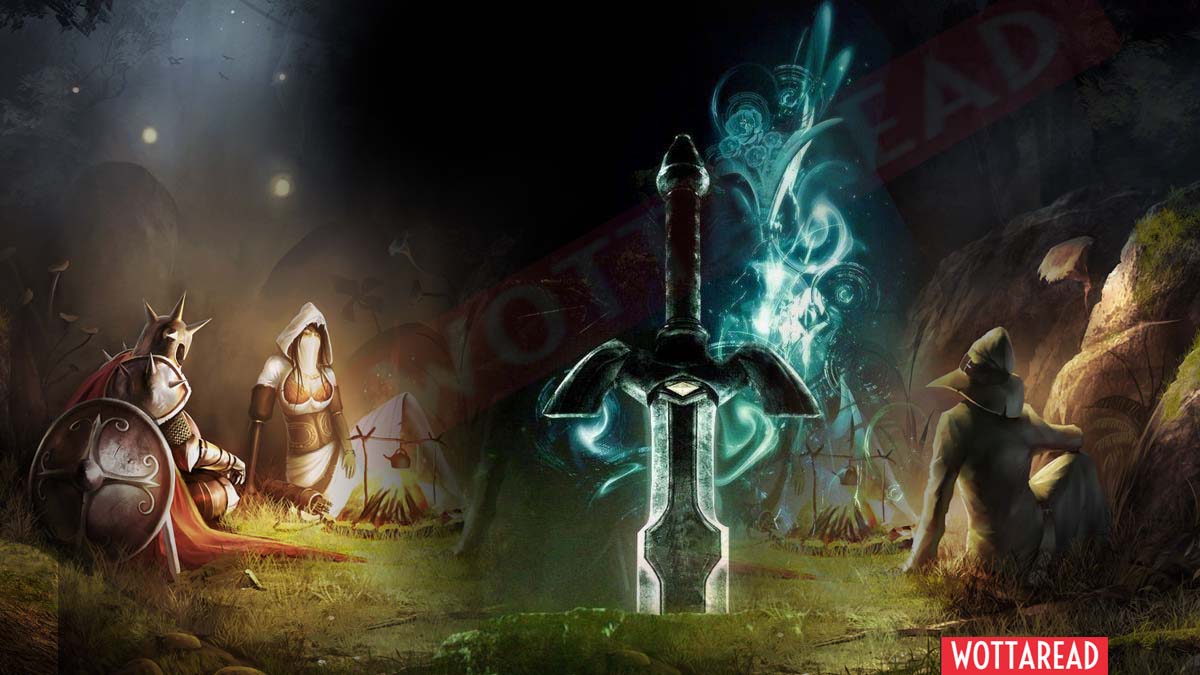 Here goes a bit list of new arthurian fantasy books you wil enjoy. As you know, arhurian fantasy novels are inspired by the legend of King Arhur and his epic sword, Excalibur.

All books included in this genre have a common treat: they take elements from the arthurian legend. This influence inspires authors in different ways, some take the magical swords, others set their story in Camelot while other stories even show characters from the original story such as Merlin.

Such a legendary story has inspired many authors to write their stories. Novels in which the main elements of the arthurian legend come alive once again. Ready for some new arthurian fantasy books?

The Sapphire Eruption by I.M. Redwright

This is the first volume of The Sword’s Choice series,a YA arthurian fantasy saga that narrates the story of Noakhail. A boy chosen by one of the twin sacred swords to be the heir to the Kingdom of Fire, but who was almost murdered when he was just a baby. Now, living in the Queendom of Water, he will embark on a journey to visit all the four kingdoms so he gets stronger.

In this tale, magic swords choose the heirs to the crown, in a similar way to what Excalibur does.

This is an arthurian fantasy trilogy that now you can get on a single volume both on Kindle and on paperback. Morgan is the half-sister of King Arthur, who wants to sell her into marriage to appease his enemies. It is time for Morgan to stand up for herself.

The Threat of Madness by D.K. Holmberg

This is the first volume of The Lost Prophecy series, written by
D.K. Holmberg. The story centers on Jakob, an apprentice historian, and son of a priest; whose house is attacked, as a result he will embark on a journey far from his home while learning the art of the sword and also new abilities.

Meanwhile, a dark power rises in the north and with it, powers forgotten long ago will return once again. For some, the key to survive this madness is a lost prophecy, which few will be able to find.

Over Sea, Under Stone by Susan Cooper

Over Sea, Under Stone (The Dark Is Rising Book 1)
See Offer & reviews

This is the first volume of The Dark Rising, a fantasy series written by author Susan Cooper.

On holiday in Cornwall, the three Drew children discover an ancient map in the attic of the house that they are staying in. They know immediately that it is special. It is even more than that — the key to finding a grail, a source of power to fight the forces of evil known as the Dark. And in searching for it themselves, the Drews put their very lives in peril.

Hope you enjoyed this list, here you have all the arthurian books on the list so you don’t have to choose only one:

MORGAN: A Gripping Arthurian Fantasy - the complete trilogy
The Sapphire Eruption (The Sword's Choice Book 1)
The Threat of Madness (The Lost Prophecy Book 1)
Over Sea, Under Stone (The Dark Is Rising Book 1)

See Offer & reviews
Over Sea, Under Stone (The Dark Is Rising Book 1)

Also, take a look at this new fantasy book 2020 article.