Category Archives: Despite the video game

Some games are based on book stories. Game developers find in books a great opportunity to base their adventures in an already created world. This way they have a lot of their work done, not having to develop the characters and the scenarios.  So they instead can totally focus in other specifics of their game in order to make it fun and look incredible.

Something not long ago nobody would believe. In despite the video game you will know more about those games, maybe you didn’t even realize they were based on a book.

In this category, I will write about those books which gave the idea to the video game. I bet you will want to know more about that intriguing story. 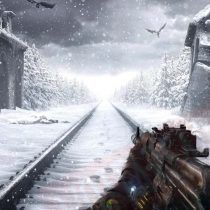 Metro exodus the videogame based on Metro novels

Hello there Wottareaders, Metro exodus is already here! What? You don’t know what I’m talking about? Let me show you:

Yes! It is a videogame developed by 4A Games and based on the Metro series written by the Russian author Dmitry Glukhovsky.

Exodus is the third game in the video game series, preceded by Metro 2033 and Metro Last light. If you are a pc player you probably have played Metro 2033 at least, since it was free to download on Steam for 24 hours in October 2018.

Metro Exodus was released on 15 February 2019 for the following platforms: PC, Play Station 4 and  X box one. For all the Nintendo fans wondering if  Metro Exodus is coming to Nintendo Switch, the answer is no, the video game developers have no plans to launch this game in this platform. Who knows, maybe they will announce they are launching Metro Exodus for Nintendo Switch in future events, wouldn’t be the first time.

What is Metro Exodus about

As you just saw on the trailer, this videogame is a first-person shooter set in a post-apocalyptic Russia where you will have to face all kind of mutated creatures. This game is not only about the shooting, but it also stealth and strategy are key elements for your survival.

The plot develops after the events of its predecessor, Metro: Last Light.  Exodus will have also Artyom as the main character. In this game Artyom wants to prove there is life outside Moscow, leading to dangerous and thrilling expeditions.

As you see this is one of those videogames where the story is relevant. This is not a videogame based only in shooting and killing monsters. Instead, the storytelling will immerse you in this post-apocalyptic world. The survival horror touch is always there, you will suffer more than once trying to survive as Artyom.

This videogame has also interesting features, along with the plot you will have to make your choices which Will have a real impact on the story. That is, depending on the decisions you make some of your comrades might not survive. So, be careful! Also, this video game includes a Dynamic weather system and a day-night cycle, which will make this game experience even more captivating.

The Metro Universe: the novels 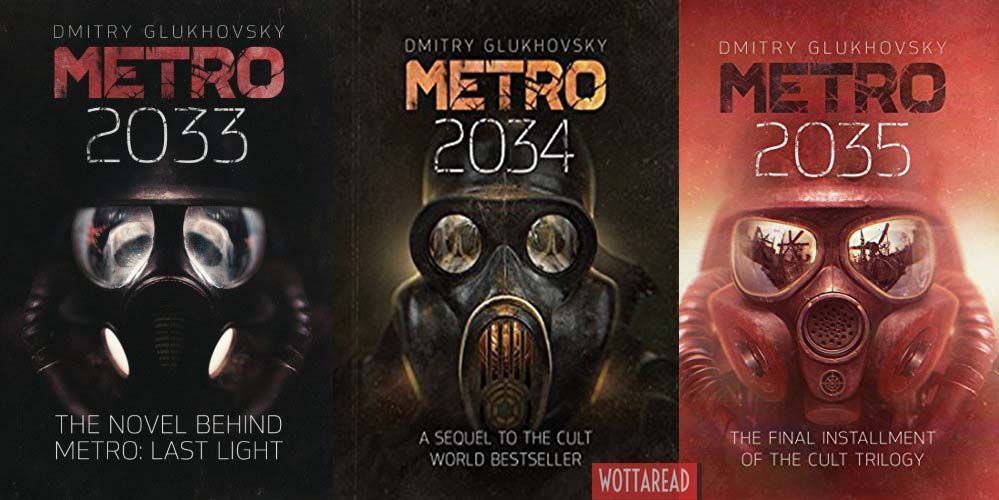 As stated before, this videogame is based on Dmitry Glukhovsky’s metro series. This is is a three-volume series whose universe gets expanded subsequently by the video game series.

You can find them in this post with the Metro books reading order .

This series is set in an apocalyptic world, after a global nuclear war, the Earth Surface turns to be uninhabitable due to the amount of nuclear radiation. This novel takes place in Moscow, the story beginning in the year 2033. Here the survivors live underground, the metro stations become new cities where humans defend against the hostile mutated creatures due to the nuclear holocaust.

The main character is Artyom, a 24-year-old man, who was saved from carnivorous rats when he was a child by a military officer, Sukhoi, who is one of the leaders of VDNKh, the metro station where they dwell.  After a visit by a strange man called, Hunter, Artyom is entrusted a mission of warning another metro station about the increasing threat of the Dark ones, humans who survived and adapted to the nuclear radiation and therefore live on the Surface.

How has been Metro Exodus received by the fans?

This videogame has achieved great marks, and lots of fans consider this a worthy candidate for the Game of the Year Award. Others say it’s a great competitor to one of the other big GOTY favorites, which is no other than Kingdom Hearts 3.

Metro Exodus scored  84 for pc on Metacritic, while the Metascore for videogame platforms is slightly lower, being 82 and 79 for Xbox One and Play Station 4 respectively.

Generally speaking, fans seem to love the game according to numerous reviews published on this website. Fans love the open world, they praise the graphics and the dark atmosphere. And, an easy one being based on a novel series, they enjoy the storytelling.

There are of course others that didn’t like the video-game. Most complains are mostly because of the input lag and bugs they claim are experiencing. Also, seems like the open world approach is not something all the fans are enjoying, some of them claiming they prefer the most linear systems of the previous metro videogame installments.

What about you Wottareader? Do you think this is a worthy successor for the Metro franchise? If you liked this article, remember to check this one about The Witcher videogames.

Also, check out these Kingdom Hearts novels, or if you prefer horror, then take a look at the Five Night at Freddys books in order.