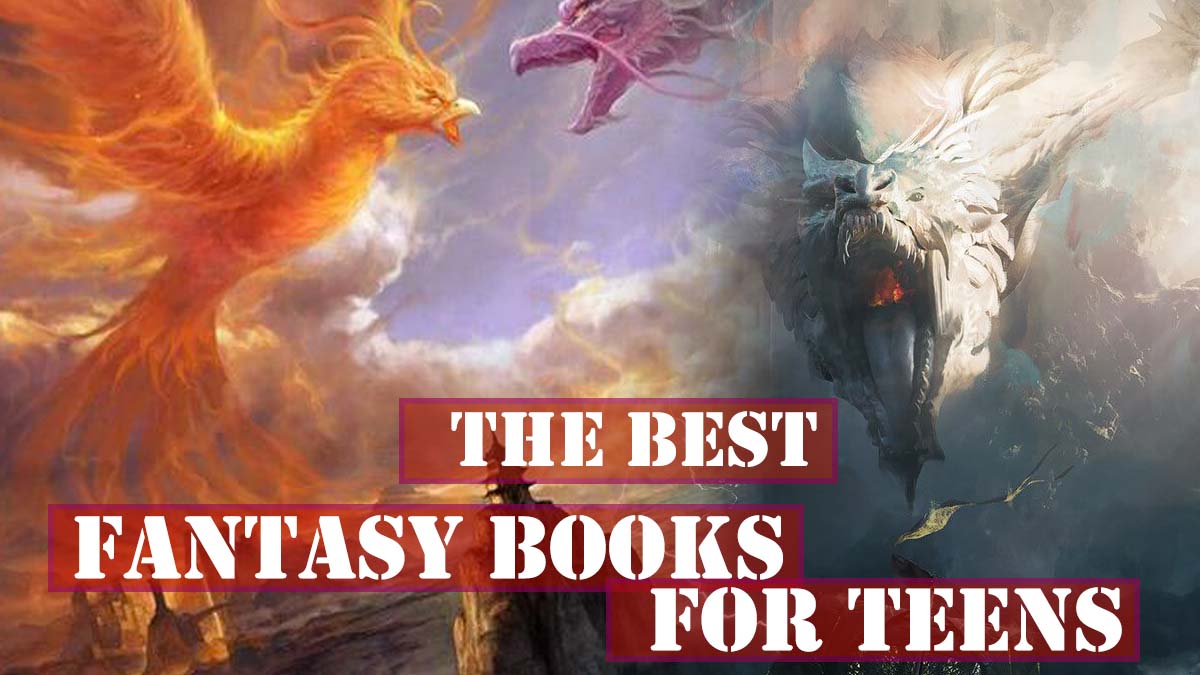 If you’re a young reader, you’ll find some great fantasy books for teens here. Growing up, it’s important to have a rich imagination. Books are an awesome way to spend free time and connect with worlds and characters that are so different from yours. Most people prefer reading fantasy novels because of their engrossing storylines and interesting characters. If you want to find good fantasy books for teens, keep reading.

We have curated a list of the best fantasy books for teens that will allow you to push the boundaries of reality and enter imaginary worlds where dragons breathe fire, and people have superpowers. We have lots of fantasy book series for teens, are you ready?

Before you pick up any of these books, keep in mind that some of them are suitable for younger teens, while others will be more relatable for people in their late teens. Depending on what your preferences are, you’ll find a book on this list. Teenage years are troubling and can be quite crazy, to be honest. If you want to escape the real world, books are an incredible way to do it.

We have found some really good fantasy books for teens that you can read yourself or suggest to younger siblings who are the right age.

We hope you enjoy the list, some of these are the best books for teens ever so take care! Also, notice that most of these are not stand-alone novels, but these are fantasy book series for teens :

Eragon by Christopher Paolini: a good book for teens written by a 15-year old

Being the first book in The Inheritance Cycle, this novel tells the story of Eragon who finds a blue stone in the woods. He thinks that the stone might buy dinner for his poor family, but it actually hatches a dragon, turning Eragon’s life around, bringing magic and mystery into it.

And yes, Christopher Paolini was just fifteen years old when he wrote the first volume of his series, awesome isn’t it? if you want all the books in this series here you have the Eragon series order.

The Sapphire Eruption by I.M. Redwright: an indie fantasy book for teens

Noakhail is an exiled boy who has discovered recently that he is the heir to the Kingdom of Fire, he only has one of the twin swords of fire to prove it, but he knows he is not ready to claim the throne, so he has decided to face the world and visit the four kingdoms, if he survives then he shall be king.

In a parallel story, Vienne is a bullied princess that has been chosen by the sword of water to reign the queendom of Water, but she couldn’t be more appropriate for the throne, and her older sister knows that well…

Graceling by Kristin Cashore: fantasy books for teens who like magical creatures

Katsa can kill anyone with her bare hands, since the age of eight, making her a Graceling; a name given to people with her skills. Since she is the King’s niece, she is supposed to live a life of luxury. Instead, she is forced to kill people for the King.

The Dark Elf by R.A Salvatore

Drizzt is a dark elf, he is supposed to be mean and evil as the rest of the drow, but he is not. Instead, he only likes fighting and values friendship, so he will embark on a journey to meet people like him.

One of the best fantasy books for teens, no doubt.

The first book in the Twilight Saga, Twilight introduces the readers to Bella, who moves to Forks to live with her father. There, she falls in love with a fellow high school student named Edward. It’s everything but a normal love story because Edward is a vampire.

A Court of Thorns and Roses by Sarah J. Maas

Feyre lives in a cold jungle with long winters and scarce food sources. One day, she sees a deer and kills the wolf that is following her, to keep the deer for herself. However, she has killed a faerie, and that comes at a price.

The Golden Compass by Philip Pullman

Lyra is going to the North, a land where bears and witches rule. The first installment in His Dark Materials series follows Lyra as she fits into their world and partakes in great endeavors.

The Raven Boys by Maggie Stiefvater

Blue Sargent stays at her clairvoyant mother’s side every year as dead walk past them, but this year, a dead boy talks to her.

Nora isn’t much into romance until she meets Patch, a handsome boy with some unsettling secrets. A fallen angel? uh, maybe…

Hope this list of good fantasy books made you discover lots of new series. You can also take a look at this post which collects lots of coming of age books, you will enjoy those novels as well for sure.

Which are in your opinion the best fantasy books for teens ever? leave a comment with your suggestions and we will add them for sure!