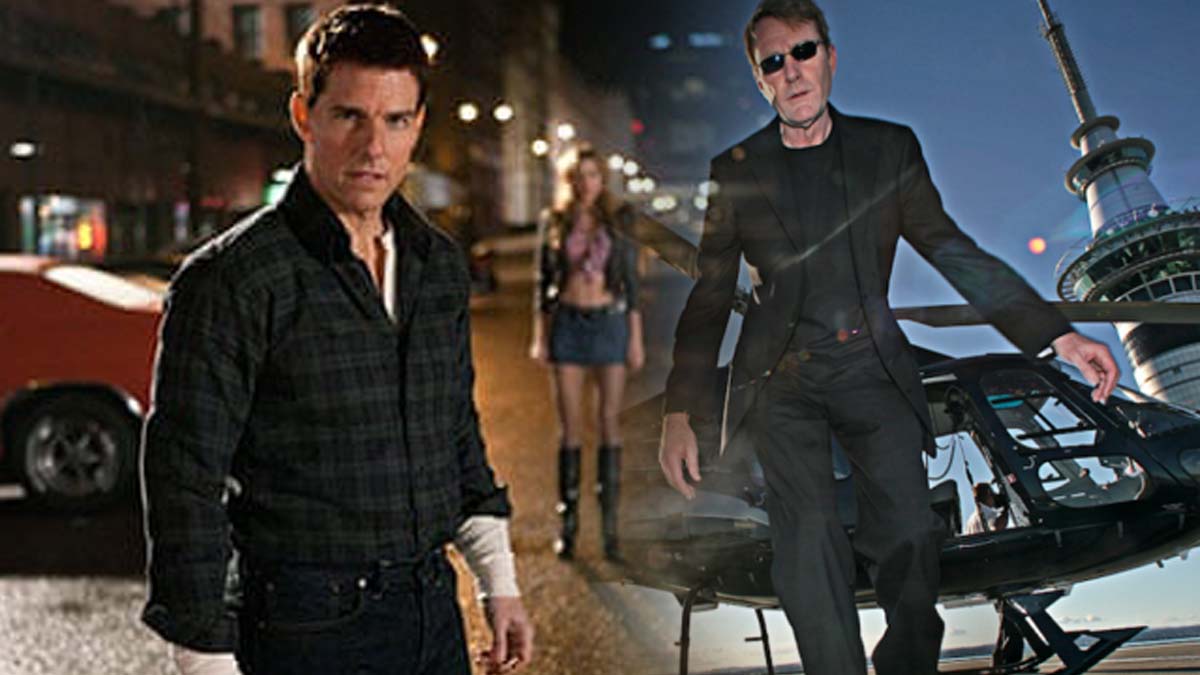 For people who like reading about war veterans, books like Jack Reacher are a great way to pass time. Written by Lee Child, the Jack Reacher series follows an ex-major of the US Military Police Corps. While most novels are set in the US, some are set in London, Hamburg, and Paris. If you enjoyed following Jack Reacher’s stories, you’d like to read books similar to Jack Reacher.

In this article, we’ll discuss some of the best books like Jack Reacher that have similar storylines and themes.

Jack Reacher series follows the man with the same name who does odd jobs around the country while investigating dangerous situations. The novels are set in big cities of the US, including New York and Los Angeles, and smaller towns in the Midwest. Throughout the series, we accompany Jack Reacher on his adventures as he deals with crimes and family.

If you’re interested in similar books to Jack Reacher, you’ll find seven of them in this article.

Mitch Rapp, by Vince Flynn: this series had to be in a list of books like Jack Reacher

This is the story of a CIA counter-terrorist who has had a traumatic past. He is the most decorated member of his unit, and there is a reason for that: he is the best. Of course, this series had to be mentioned in this list, keep reading to find more books like Jack Reacher and Mitch Rapp.

If you want to start reading these books here you have the Mitch Rapp series in order.

A Brewing Storm, by Richard Castle: books similar to Jack Reacher written by an actor?

A Brewing Storm tells the story of Storm, who fakes his death to retire from the CIA. He teams with April Showers, an FBI agent, to look for people who kidnapped the son of a US senator.

Yes, you are wondering where have “I heard that author’s name before” it’s because this book is written under the same pseudonym as the main character of the Castle tv series (the books are not written by actor Nathan Fillion, however, his picture is shown on Amazon).

The Alex McKnight Series by Steve Hamilton: books like Jack Reacher with a former police officer

Alex McKnight is a former police offer from Detroit, who likes to stay in his own company, but often encounters trouble. Although he is retired, him crossing paths with crime forces a life of a private investigator upon him.

If you are seeking books like Jack Reacher and Mitch Rapp then try this one!

The Bourne Series by Robert Ludlum

Jason Bourne suffers from retrograde amnesia and doesn’t remember much about his past. However, he does have what it takes to survive, which is helpful since the CIA wants him dead.

Body of Lies by David Ignatius

Roger Ferris is a CIA soldier who gets out of Iraq with an injured leg. He is on a mission to catch Suleiman, a master terrorist, but things are messy and complex.

The Search by Nora Roberts

Fiona Bristow lives on an island and runs a dog-training school with a huge clientele. Life wasn’t always as perfect for her as she was the only survivor of a serial killer who only killed women. Now that she is finally living peacefully, a copycat killer is on the loose to kill the woman who got away.

Ice Hunter is the first novel in the Woods Cop series, written by Joseph Heywood. Grady Service is a former marine and conservation officer who has to protect himself and Mosquito Wilderness from political criminals.

Cork O’Connor is the ex-sheriff of a town in Minnesota. Although he is retired, when the town’s judge is killed in cold blood, Conor takes on a mission to solve the case and find a missing boy named Eagle Scout.

What a great list isn’t it? there you have lots of books like Jack Reacher to choose, if you find it harder to choose one of these series that means we did a great job. Also, if you also fancy romance stories then you have to check out this post with books like where the crawdads sing.

Do you know any other books similar to Jack Reacher? if so, you have to leave a comment telling us about your suggestion! (title, author, and a short blurb would be more than enough).