Hello Wottareaders! today you will know Throne of Glass reading order. A young adult high fantasy series written by American author Sara J. Mass. Have you ever head of Sarah J. Mass books? If not, it’s time you know more about the Throne of Glass books. If you want to know how to read Throne of Glass you will learn it here also.

What is Throne of Glass series about?

Before we tell Throne of Glass reading order let’s make a brief introduction to Sara J. Mass books. This series narrate the story of Celaena Sardothien, a teenage assassin who lives in the Kingdom of Adarlan.Celaena lives in a slave camp until the king’s son, Prince Dorian, offers her to compete with other assasins for a chance to become the new King’s Champion and after for years being totally free. Will she become victorious and survive death?

Celaena is a 18 year old girl that was trained as an assassin and who gets eventually betrayed by no other than her master, who imprisons her in the salt mines of Endovier expecting her to die. This story shows the same characters in the different books, some of them being really charismatic.

In what order should I read Throne of glass books? Sarah J Mass books in order

If  you want to read Sarah J Maas books in order, I suggest you read this fantasy series in published order.  Here you have how to read Throne of Glass: 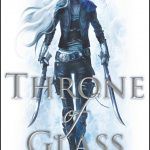 In what order should I read Throne of Glass?

Now that you know how to read Throne of glass series maybe you want to purchase Sara J. Mass books? you can do it here also!

After reading the entire series, you can read  The Assassin’s Blade which is a collection of stories. And of course, remember about the upcoming book The World of Throne of Glass.

Now that you are aware of Throne of Glass series order you what about buying the books?you can purchase them here also.

If you want to buy Throne of Glass book series just click any of the following bookcovers, the links will take you to Amazon: 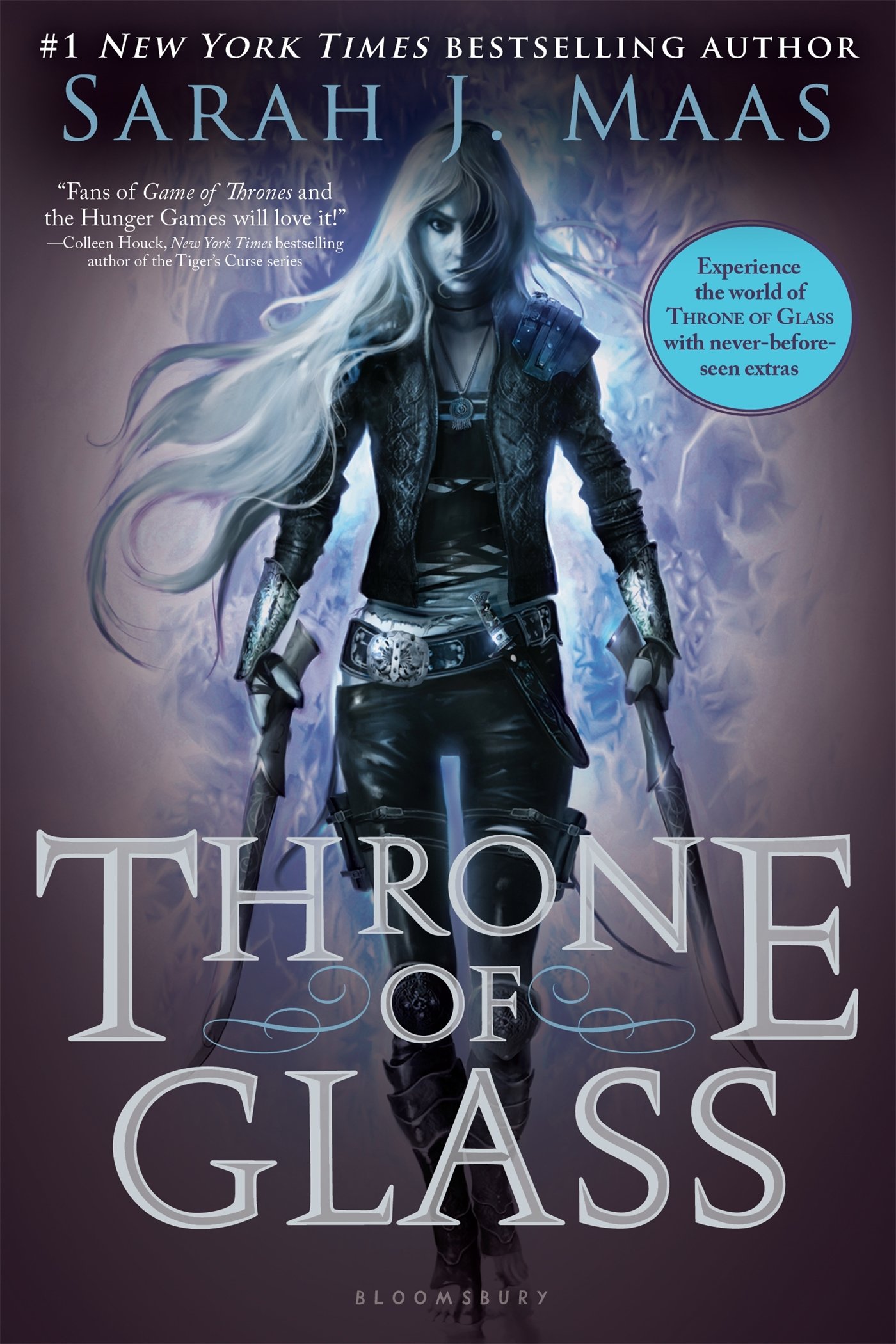 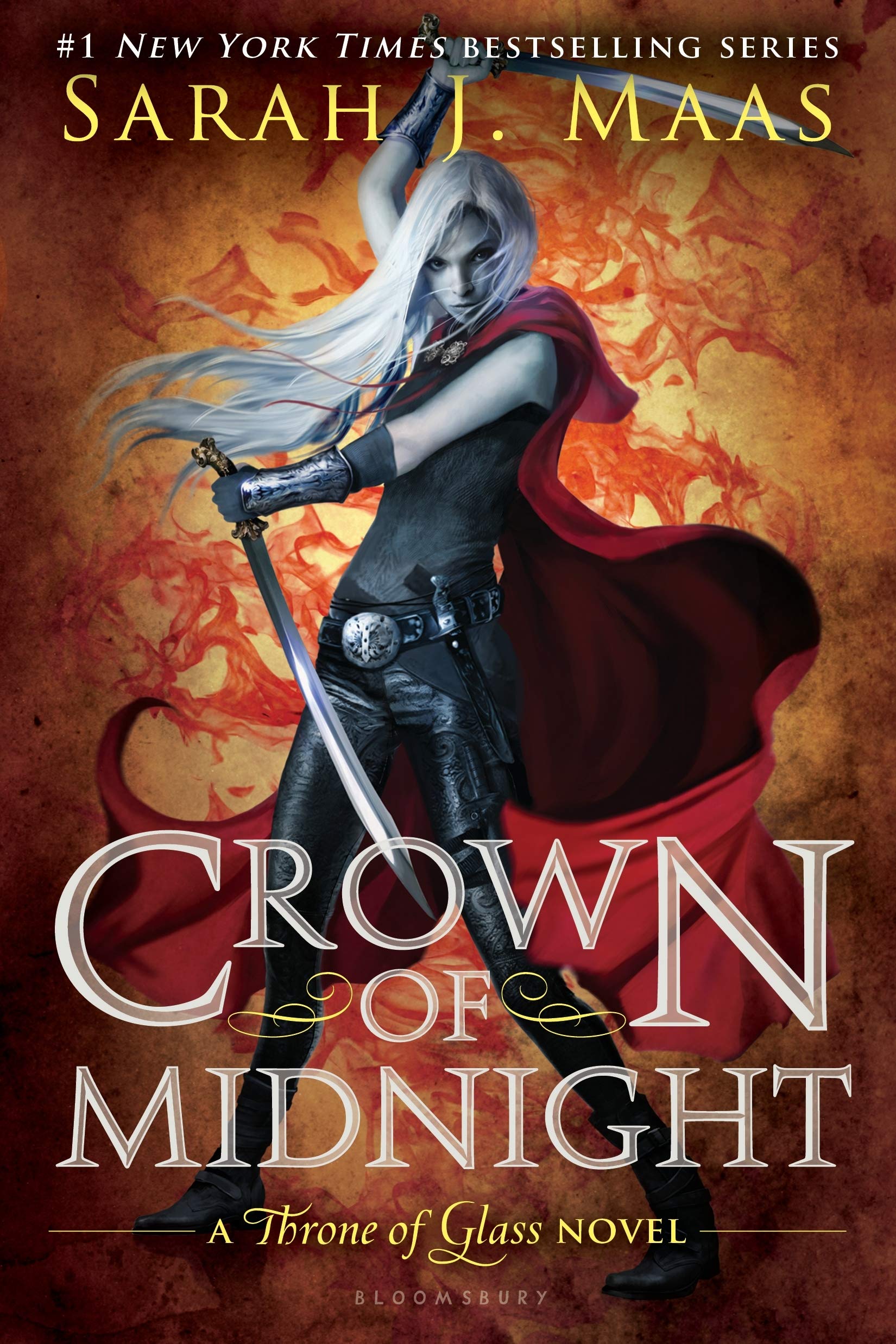 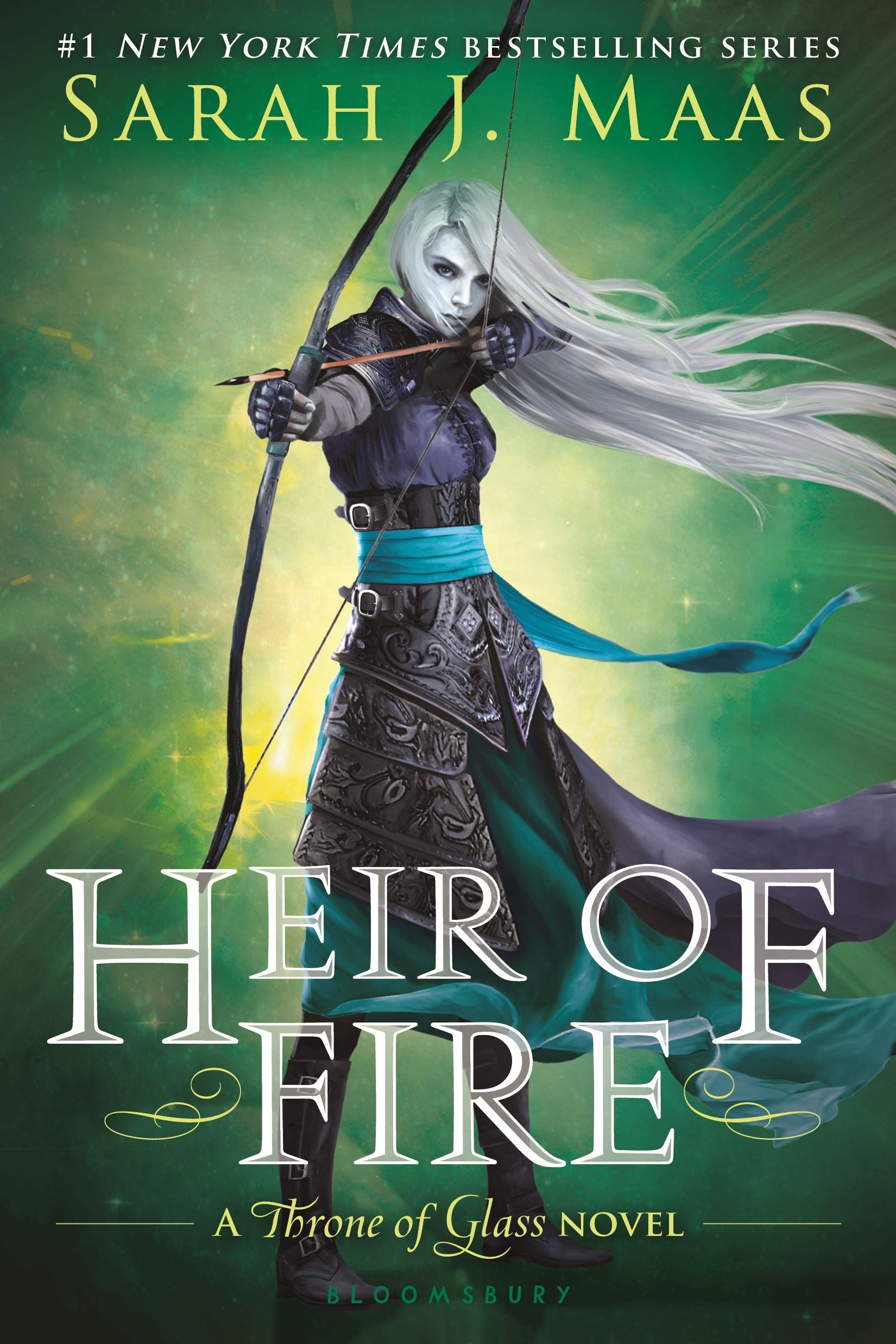 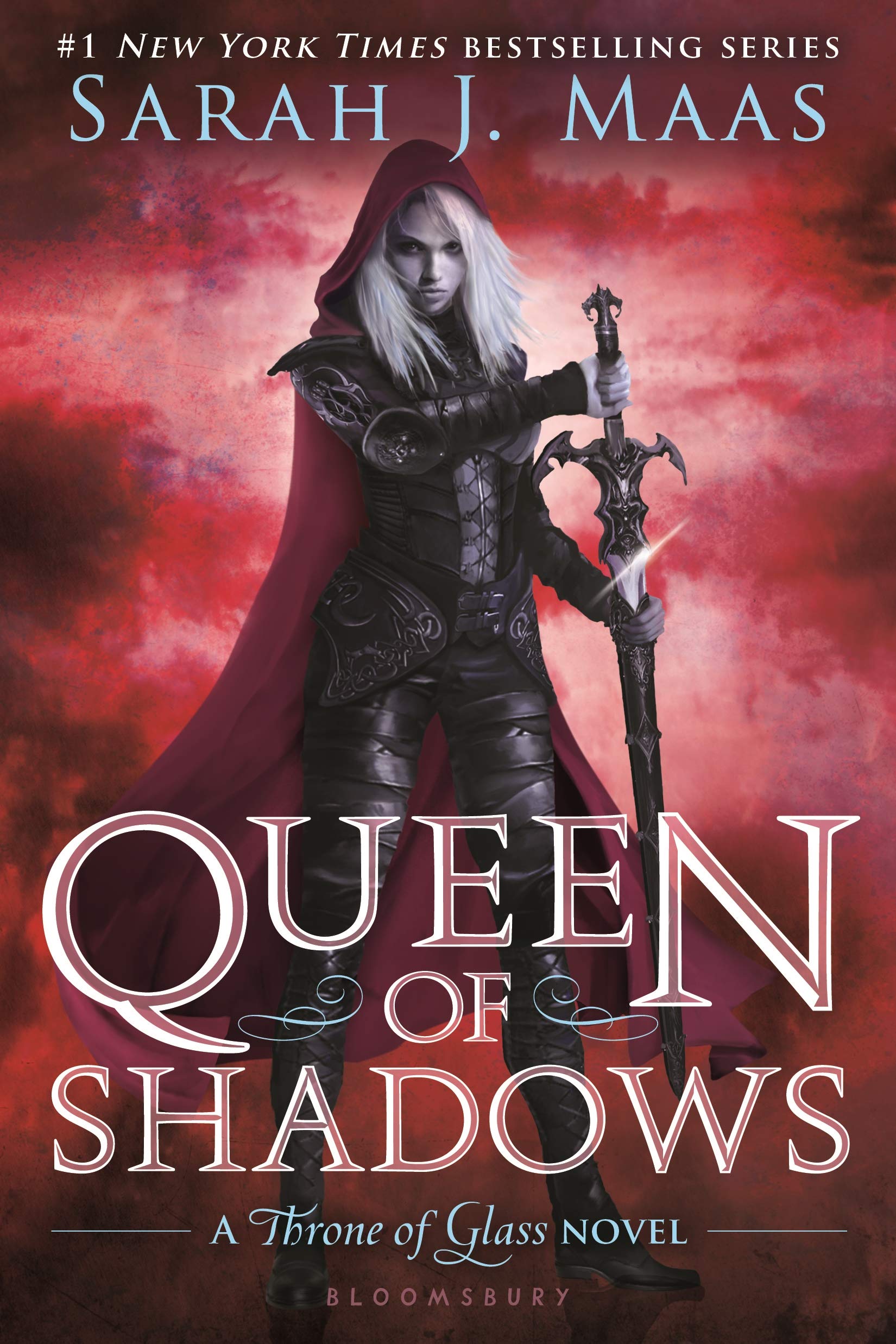 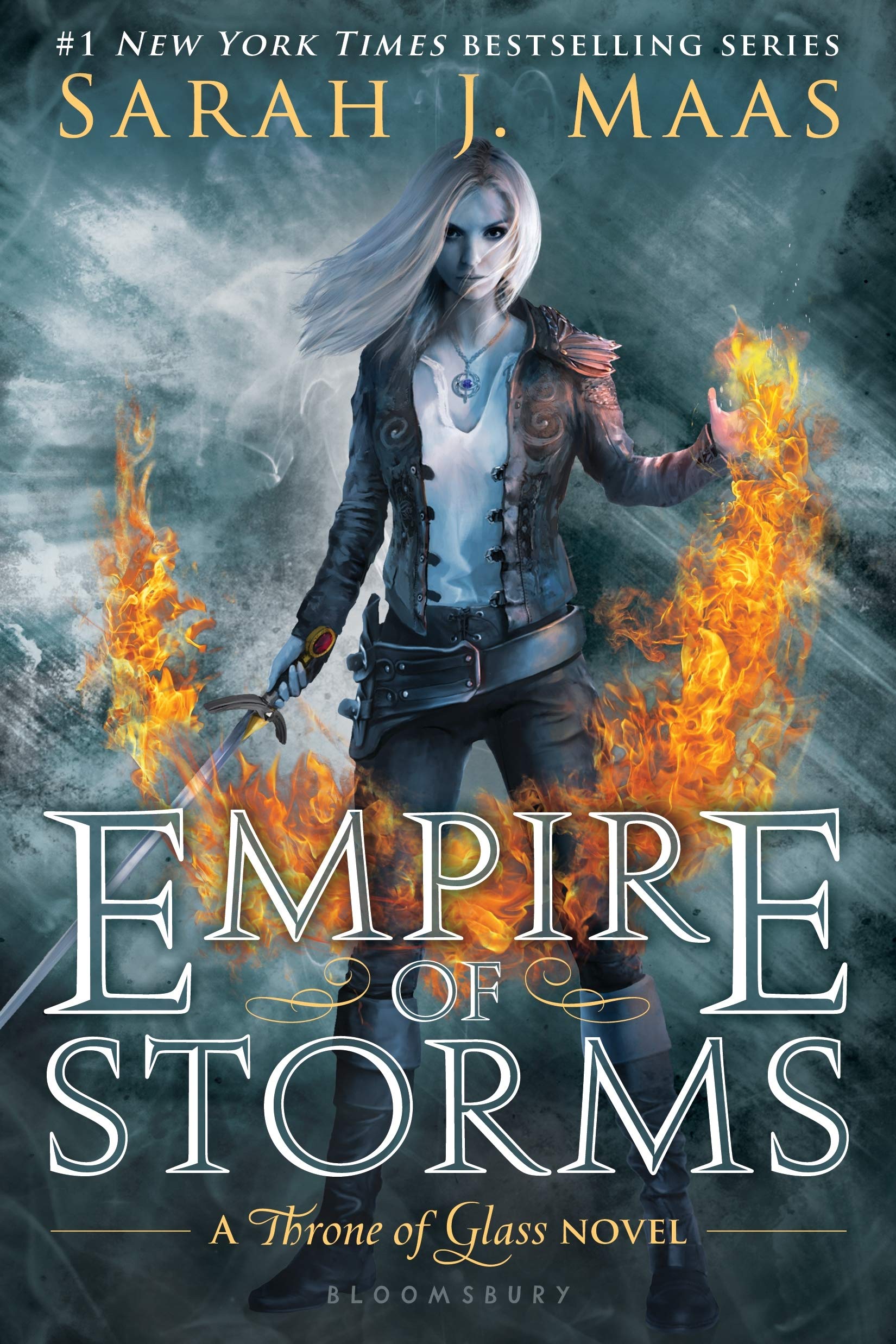 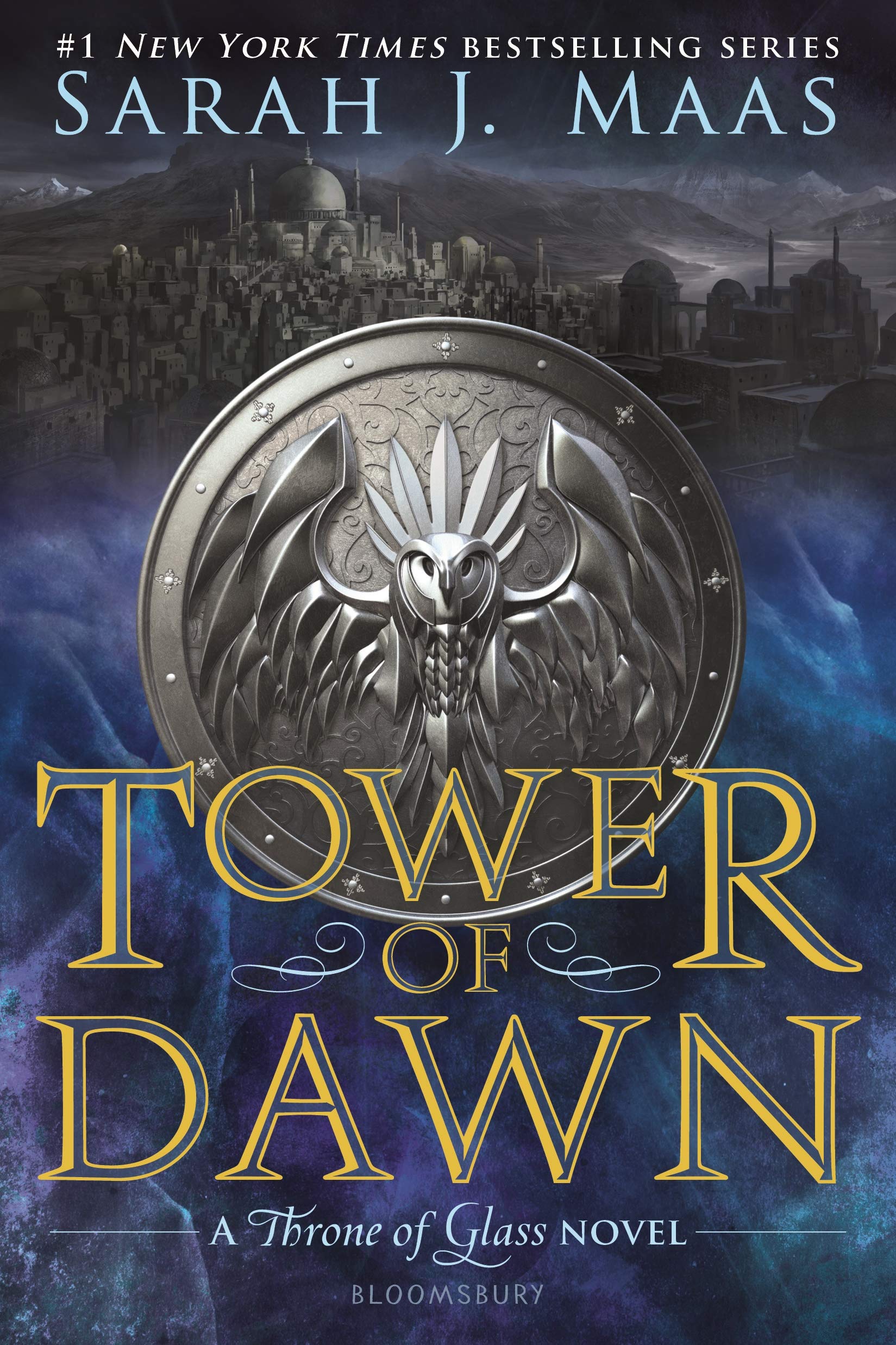 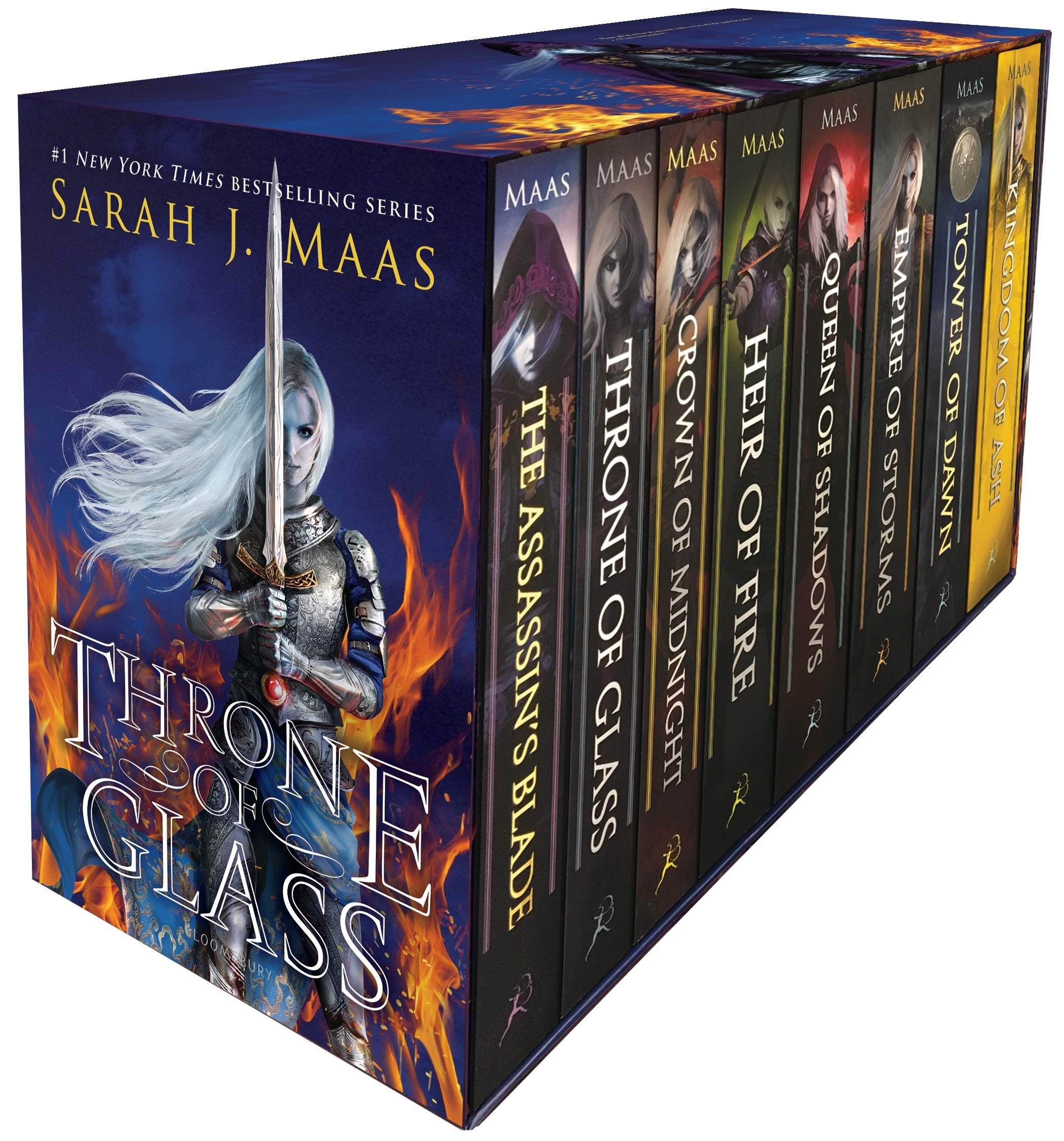 Throne of Glass covers are beautiful, aren’t they?

You will like Celaena’s story if you like books with great worldbuilding. This is a fantasy story with slight touchs of comedy and also violence, this is the story of a murderer after all.  There is also a room for romance in this series, more specifically a love triangle.

Also, Throne of Glass characters are fascinating, you will have a strong engagement with them as the story progresses.

Where does Throne of Glass take place?

Throne of glass is set in a fictional world with no name, while the action of Throne of Glass takes place in the kingdom of Adarlan. For those who would want to know more about it’s geography, locations or history among other topics, a supplementary book in this series called The World of Throne of Glass will be released on  October 1st, 2019. I

The World of Throne of Glass will be a guide to this fantasy world while also it will bring some trivia and additional info from all the events occurred along the story of Celaena. This book will contain a glossary, a timeline of events and it will even include epilogues for the characters ten years after with the Valg King Erawan and Valg Queen Maeve.

But The World of Throne of Glass is not only an encyclopedia of the series, this book guide will also include black and white illustrations. So yes, for all the fans of the series this upcoming book is simply a must have. Of course, since it is more like a wikia, it is not included in the Throne of Glass reading order.

How long is this series?

Sarah J. Maas Throne of Glass series first two books in the series are slightly more than 400 pages, that is 118.000 words more or less, the subsequent novels become gradually longer, the last book in the series, Kingdom of As, has 272,682 words which is around 984 pages.

Will Throne of Glass be a movie? Queen of Shadows tv series

No, instead Throne of glass will be a tv series.  An upcoming television based on throne of glass is supposedly on the way, the adaptation is called Queen of Shadows, taking the name from the fourth book of the series.

The author of the books, Sarah J. Maas, shared on her official Instagram accounta picture of the pilot, this pilot episode is called Celaena  and is written by Kyra Snyder  (producer of other tv series such as The Handmaid’s Tale, The 100 and also movies like Pacific Rim: Uprising) and developed by Hulu.

However, the announcement of a Throne of Glass tv series was made in 2016 and years after there is not even a Queen of Shadows trailer.

There is even a petition on Change.org already signed by six thousand people who ask Queen of Shadows to become real, if you want to sign it here goes the link by the way: sign in in the petition.

When is Throne of Glass coming to Hulu?

As said before it was Hulu, a streaming video service company, that was about to develop Queen of Shadows. Said company is now in control of Disney indirectly after acquiring  21st Century Fox in march 2019. As a result, looks like Queen of Shadows will happen if Disney wants to, as it happens with a possible new Percy Jackson tv series.

Maybe Throne of Glass will be made into a movie now? We can’t know, but let’s hope Disney brings good news! Meanwhile, since you know what is the best order to read Throne of Glass you can begin reading the novels.

Which of all Throne of Glass characters is your favorite? don’t forget to comment! 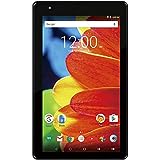 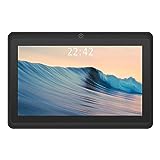