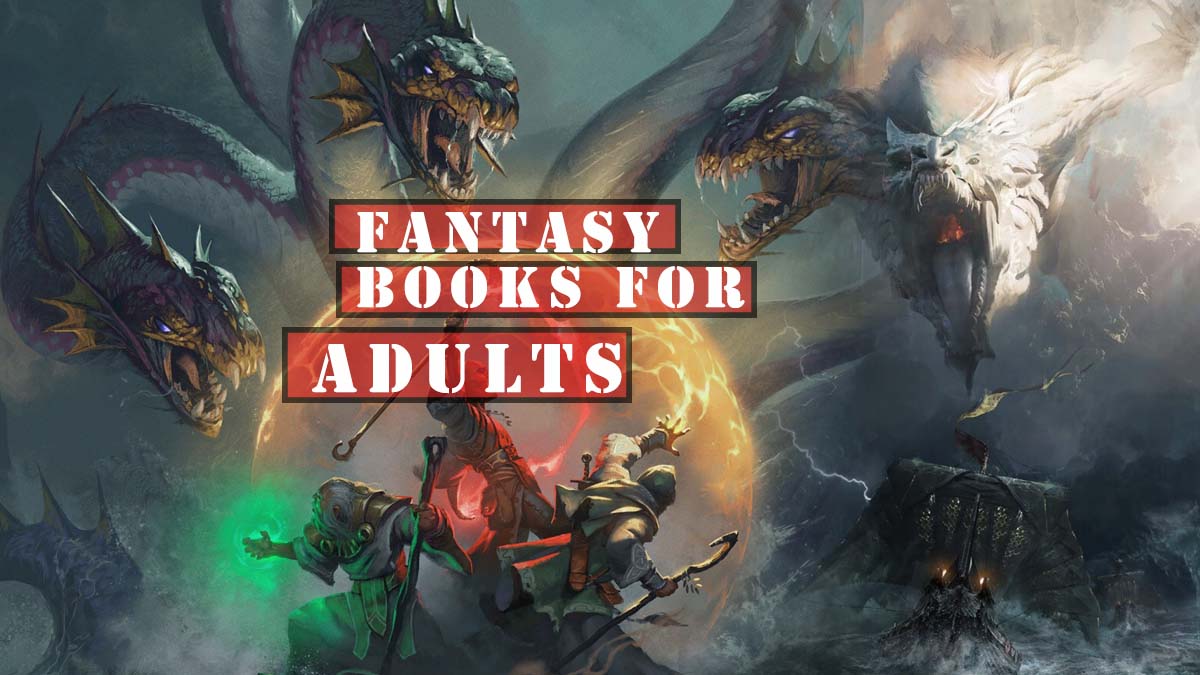 Adult fantasy novels aren’t just for young readers; even adults can enjoy them immensely. A lot of fantasy novels get adapted into movies and series that become highly popular on Netflix and HBO. If you’ve enjoyed such series or movies, it’s time you pick up some adult fantasy books and relish the amazing writing too.

In this article, we have included some of the best adult fantasy novels that you can read. While most of them are series, others are standalone novels.

There are lots of fantasy books for adults, some of the following series are really popular so you will probably know them already, while others will prove to be a great discovery.

If you want suggestions for adult fantasy books, you’re in the appropriate place as we have a list of the best ones on the list.

Have fun reading these books. We can assure you that you’ll be thanking us for the suggestions later.

A Song of Ice and Fire by George R. R. Martin: one of the best adult fantasy books

If you liked the HBO adaptation of the book, you’d love reading the novel series, too, as it will answer many questions that are not addressed in the TV series. Westeros is a fictional world where different Houses clash for power. With dragons, dead man walking, and rare diseases, the world is not the best place to live in for the poor.

Maybe you have decided you want to start reading this series? then, here you have all the books in A song of Ice and Fire in order.

The Sword’s Choice by I.M Redwright: an indie book in this list of adult fantasy novels

This series has a similar setting to The Last Airbender and centers on Noakhail, the heir to the throne of the Kingdom of Fire who has decided to face the most powerful enemies and creatures of the four kingdoms; and Vienne, a bullied princess who couldn’t be least appropriate to govern the Queendom of Water, but whom was chosen by the Water Sword to become the one that would reign one day.

This if you are seeking indie fantasy books for adults then you should try this one.

The Princess Bride by William Goldman

The Princess Bride has everything from beautiful woman and royalty to death, giants, and revenge. A beautiful princess marries a prince who complements her in beauty, but later, she finds that he is not really the man she thought he was.

The Way of Kings by Brandon Sanderson

Being the first book in The Stormlight Archive, the novel discusses mankind’s history, but it’s more magical than you would have expected. This series is not finished, but is expected to be one of the best adult fantasy novel series ever.

Essun lives her regular life in a small town until she comes home one day to find her husband brutally murdered. On the same day, in a huge continent known as the Stillness, a red rift tears into the center of the Earth and produces enough ash to cover the whole sky.

Elantris was once a common land with common people, but then magic took over the world, and its residents became demigods by touching the Shaod’s magical power.

Sancia Grado is an incredible thief, and her latest mission is to steal an artifact from a warehouse on the docks. Someone wants her dead, and no one in the city of Tevanne is powerful enough to stop them.

The Magicians by Lev Grossman

The Magicians is a series of novels following Quentin Coldwater, a miserable high school senior who ends up in a college of magic in New York, where he trains for performing modern magic. Think of it as the Harry Potter series but with adult problems.

The Light Bringer by Brent Weeks

A must read series if you enjoy fantasy, it’s magical system is quite unique as it’s the story. Here is our list with the Lightbringer series in order.

When it comes to fantasy, there are so many perspectives and ways of making it awe-inspiring. Often, authors don’t even use magic, yet keep their stories completely fantastical in other ways. Either way, you’ll have a hard time putting down a fantasy novel. Here you have a post with lots of
good fantasy books for teens.

Any fantasy books for adults that you think should be in this list? just leave a comment telling us your suggestions!