Looking for some books like The Name of the Wind while Patrick Rothfuss takes his time to finish the last volume in the series? The story of Kvothe is pretty unique, even so, there are other fantasy stories that have some similarities to Kingkiller’s.

You might be thinking that finding books similar to Name of the Wind is an impossible task, but not at all. This high fantasy story, is well written, has a wonderful cast of characters, and great amount of action and adventure. And we found some books like The Kingkiller Chronicles series that have all that.

The key to finding books like The Name of The Wind

In order to find the best books like Name of The Wind we might want to ask ourselves the following question first: what makes Kvothe’s story so special? Maybe the impressive abilities and talents of Kvothe, others may say it’s the music element, while there’s some who believe the magic is in the storytelling combining first and third person, the magic system maybe?

It is difficult to choose one of these, probably because the answer is the conjunction of all of these traits. So, now, having identified what makes this story special and unique, it is easy to find similar books to The Name of the Wind.

Don’t know what to read after the Kingkiller Chronicles? No problem, here’s the answer:

Here goes a great list of similar books to The Name of the Wind by Patrickh Rothfuss. If you want to start reading any of these series and want to buy the first volume you can do so by clicking on their cover.

Are you ready to expand your collection of fantasy books? then let’s go with our suggestions:

The Farseer Trilogy by Robin Hobb: a must in a list of books like The Name of the Wind 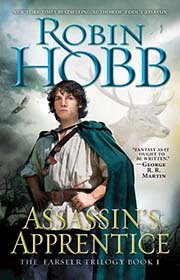 This story takes place in a kingdom called The Six Duchies, The Farseer Trilogy centers on FitzChivalry Farseer (known as Fitz), he is a trained assassin and it is him who narrates the story (which makes it a similar book to Kingkiller Chronicle). In this story, the kingdom is attacked by the Raiders to take people from the Six Duchies and turn them into Forged Ones (creatures similar to zombies)

Are you tired to wait for authors to release the books in the series? then we have great news, becasue The Farseer Trilogy is finished. In addition, if you want to know more about Fitz you can read its sequel, The Tawny Man Trilogy which is also concluded.

The Sword’s Choice by I.M Redwright: a similar book to the Name of the Wind with elemental powers 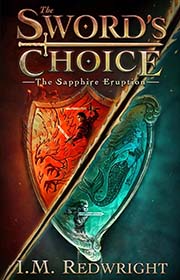 This is a story with a similar setting to Avatar the Last Airbender. In this, an exiled boy discovers that he is the heir to the Kingdom of Fire, and the only way he has to prove it is the sword of fire that his father has kept safe for so long. Now he has decided to visit the four kingdoms and meet powerful enemies and get stronger in order to meet his destiny.

Meanwhile, in the Queendom of Water, one of the princesses has been chosen to be the next one to reign. But she does not seem to be the most fitting to rule the Aquadom, will she even be able to control the sword of water? 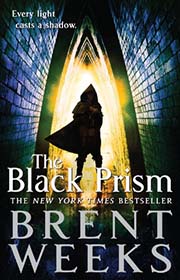 This series was planned to be a trilogy, but eventually was extended to a pentalogy. The author describes his series as “a story of normal brothers—who happen to be in extraordinary circumstances”.

The story follows Prism’ Gavin Guile, the most powerful person in the world. The magic system is called Chromaturgy, in this, people with magic abilities (known as drafters) can transform light into a physical substance called Luxin.

This is a finished series. The last book of the Lightbringer series, The Burning White, was published on October 22, 2019.

If what you are seeking is books like The Name of Wind that have a well-crafted magical system then this is a great choice. It is based on prisms, and it’s quite interesting and well thought. 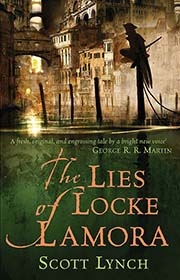 This series takes place Therin Throne Empire, it tells the story of a professional thief and master of deception known as Locke Lamora. Each of the volumes that in this series have their own plot; that is they have a beginning and an ending. However, there are tons of references to events and characters from the previous books. 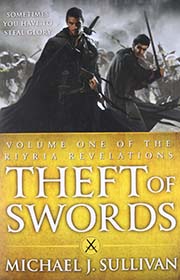 This series narrates the story of Royce and Hadrian who together are known as Riyria. One day they a mysterious man offers them a huge amount of gold for stealing a sword owned by Count Pickering. While in the search of the sword they will find the dead body of the King and will be accused of his murder. And that is just the beginning…

The way the author narrates and crafts his world is just fascinating. The tone in which it’s written and the beauty of Elan is what makes this book series so similar to The Name of the Wind.

Also, if you start reading this series and you like it then you can read its prequel The Riyria Chronicles, which consists of five books. If you are interested in this series take a look at this post with the Riyria reading order. 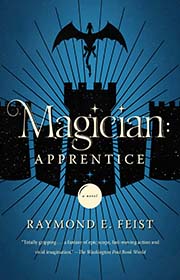 This story takes place in the worlds of  Midkemia and Kelewan. In this magicians and other creatures with magical abilities are able to create rifts and therefore travel to other planets. This is a sequence of stories that occur in the same universe and are mostly self-contained, sharing only a few characters and plot.

Human magicians and other creatures on the two planets are able to create rifts through dimensionless space that can connect planets in different solar systems.

The Riftwar Saga is a trilogy and it is finished. This series is included in The Riftwar Cycle, the name given to the books that revolve around the fantasy worlds of Midkemia and Kelewan. As a result, if you want to read more books set in the same universe you have nine additional sagas to read.

We, the Wottaread team, always welcome you to participate and be part of the fun! because of this, if you know any books like The Kingkiller Chronicles series then you are more than happy that you share your book knowledge with you. We are more than aware that there are several other novels similar to The Name of the Wind so, if you have read any of those then please leave a comment and tell us (also, it would be great if you added a short blurb with your suggestions so to make our job easier).

So here you have the list. If you were itching for a book similar to The Kingkiller Chronicle I hope these fantasy books like Name of the Wind worked for you.

Also, if you are waiting for the last volume of The Kingkiller Chronicles you definitely should read this article: Kingkiller book 3.

Have you decided which of these books like The Name of the Wind you will start reading? tell us which ones you choose and why you decided to read those and not the rest of our suggestions! we love to know more about you!